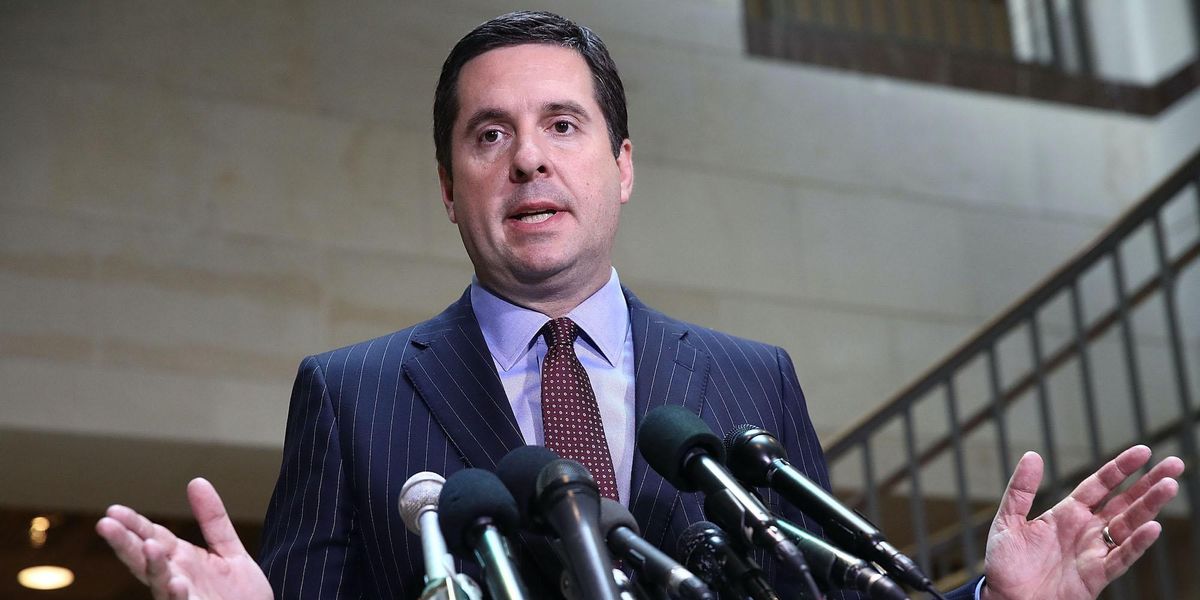 Rep. Devin Nunes (R-Calif.) said that he was confident people would be going to jail as a result of a report soon to be released by special counsel John Durham.

Nunes, who is the ranking member on the House Intelligence Committee, made the comments while being interviewed Thursday on the Sara Carter Show podcast.

“I’m still positive, and I guess I have to be, that people are going to go to jail, and they are going to be prosecuted for the Russia grand fiasco and the Russia hoax,” Nunes said.

Durham has been investigating allegations that the probe into Russian collusion with the Trump campaign in the 2016 election was motivated by political interests..

Nunes offered other details about the Durham report.

“It may not be as broad as we want it to be,” Nunes said.

Nunes also offered a warning to the Biden administration against interfering with the conclusion of the Durham investigation.

“That would be a big issue, especially if Republicans get control back of the Congress because we have subpoena power,” said Nunes.

Durham’s investigation, which has been ongoing since spring 2019, has so far resulted in just one successful conviction, that of former FBI lawyer Kevin Clinesmith. He plead guilty to altering an email used to justify surveillance on Carter Page, who was working with the Trump 2016 campaign at the time.

Clinesmith apologized for the error and said that he committed the document falsification only to save himself some time. He was sentenced in January to 12 months probation and 400 hours community service.

In June, Rep. Jim Jordan (R-Ohio) said on Fox News that he was angry the report had not been released earlier.

“We were supposed to have the Durham report over a year ago,” Jordan said. “I just don’t know where that is.”


Rep. Jordan on where the Durham report is: ‘Who the heck knows?’