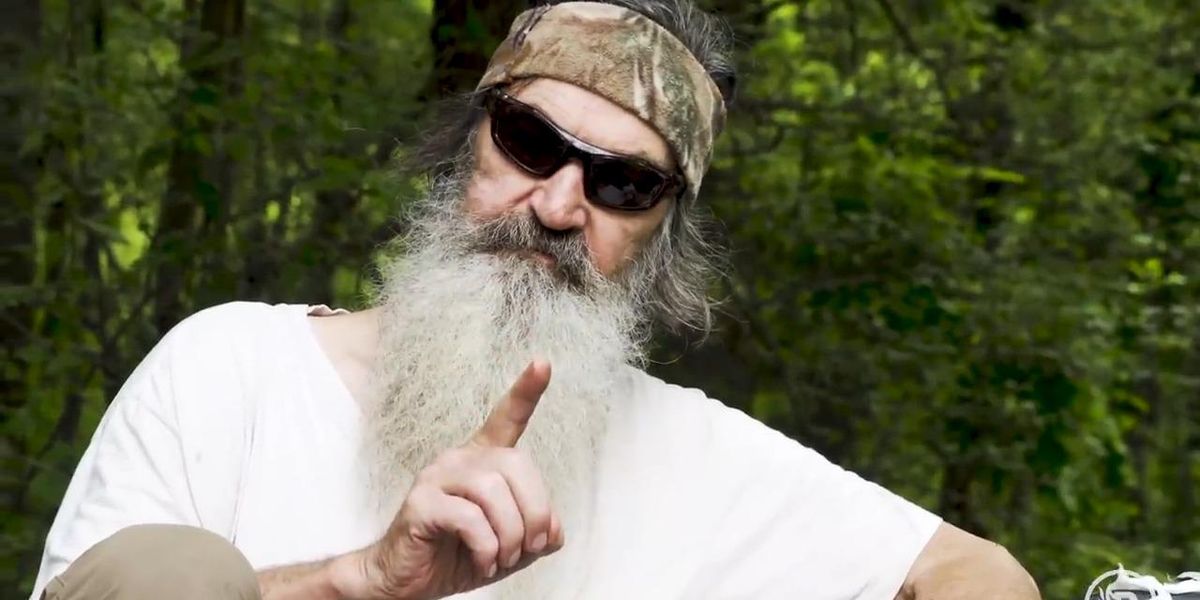 In this episode of “In the Woods with Phil,” Phil Robertson argued that, while our culture has dueling narratives on race, only one is God’s truth.

“The Bible says [we are] one race: human beings,” Phil stated.

“‘For in him we live and move and have our being.’ As some of your own poets have said, ‘We are his offspring,'” Phil quoted from the Bible (Acts 17:28). “Therefore since we are God’s offspring, we should not think that the divine being is like gold or silver or stone—an image made by human design and skill. In the past, God overlooked such ignorance, but now he commands all people everywhere to repent.”

“You have a conscience,” Phil added. “It tells you what’s right and what’s wrong — and you know the difference.”

Watch the video below to hear more from Phil Robertson:

To enjoy more of this “Duck Dynasty” star’s 70 years of unfiltered wisdom and uncensored common sense, subscribe to BlazeTV — the largest multi-platform network of voices who love America, defend the Constitution and live the American dream.