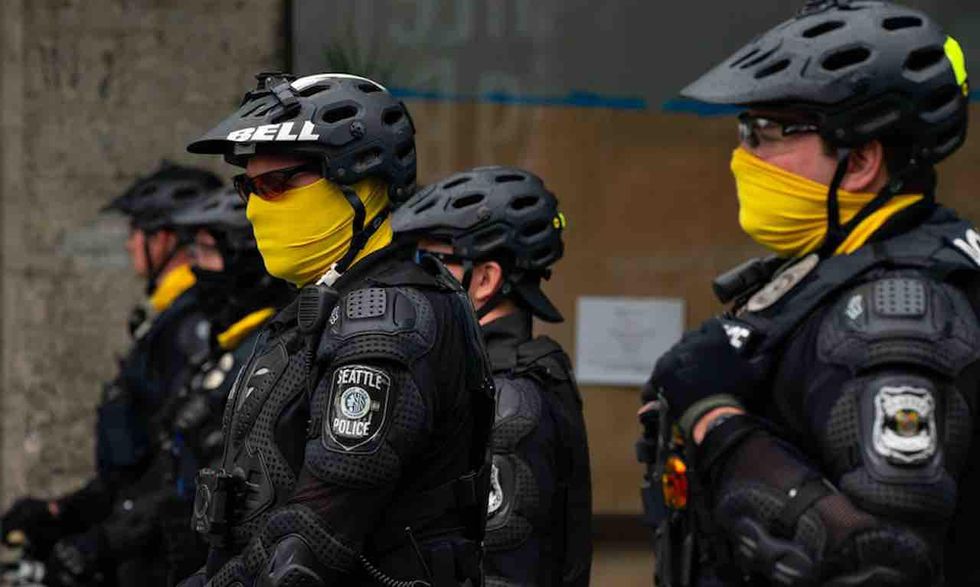 Seattle police officers were refused service at a chocolate shop in town, the Post Millennial reported, citing sources in the department as well as an officer who reportedly contacted the outlet after initial publication of the story.

Sources in the department with knowledge of the event told the Post Millennial that an officer and a trainee entered Chocolati on North 45th Street in the Wallingford neighborhood around 4:30 p.m. Tuesday.

When the employee behind the register finished serving the customer ahead of them, the officer walked up to the register to order, the outlet said, citing its sources. But the employee — a white female with green streaks in her hair — ignored the officer, the Post Millennial said.

When the officer got her attention, he asked for a box of chocolates — but the employee replied, “No, I won’t serve you,” the outlet reported, after which the officer and trainee left.

Established in 2003, Chocolati’s website says it has “strived to grow at a steady pace without compromising the quality and personal attention that we give to all of our chocolates as well as our customers.”

The Post Millennial said it contacted Chocolati for comment, and a store employee answered the phone. But when the employee was told about the purpose of the call, the outlet said the employee asked, “Is this how you want to spend your time? Getting essential workers in trouble? Shouldn’t you be spending your time harassing homeless people?”

With that, the Post Millennial said it suggested leaving a number for the owner or manager, but the employee responded, “You really want to spend your time getting essential workers in trouble?”

More where that came from?

The outlet added that after it published its story, another police officer contacted the Post Millennial saying that another refusal of service occurred on a different date at the Chocolati on East Green Lake Drive North.

Seattle police have been having a difficult time of late. Last summer, the force dealt with a lawless “autonomous zone” downtown and moves by the city council to defund the department.

Interim Police Chief Adrian Diaz recently told the city council that the department has been facing a “staffing crisis beyond mitigation,” and that officers would have to say “no to requests for services” over the shortages, the outlet added.