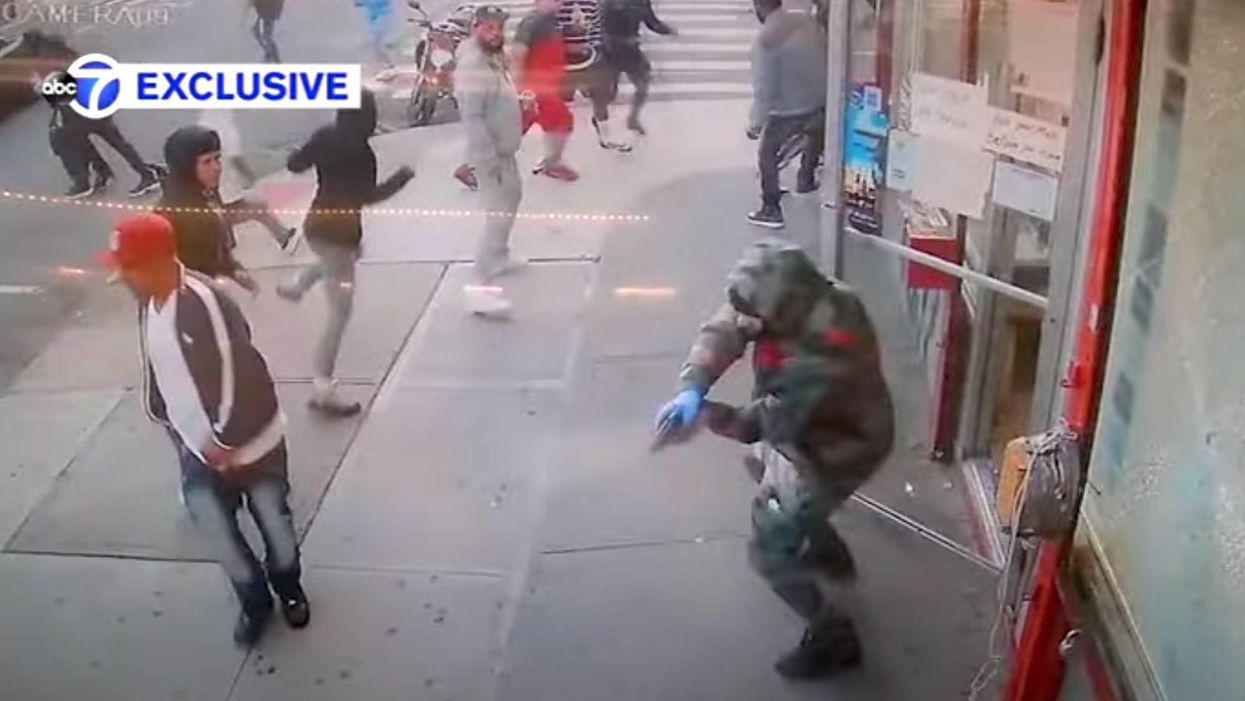 A surveillance video caught a wild shootout that police suspect was a confrontation between rival gangs outside a bodega in New York City.

The video obtained by WABC-TV showed several young men outside a bodega in the Bushwick section of Brooklyn at about 8 p.m. on Monday.

One man pulls out a gun and starts shooting at another while the rest scatter. Seconds later, the second man comes back shooting with his own gun. A third man takes out his gun and shoots at the second man, who runs away.

Police had made no arrests as of Tuesday but they expected that some of the men injured were going to be charged in the incident. They suspect a confrontation between members of the Trinitarios gang and their rivals sparked the shooting.

NYC Mayor Bill de Blasio tried to reassure residents that the crime wave would subside as the city opened up after the coronavirus pandemic shutdown.

One expert told WABC that de Blasio was absolutely wrong and that opening up the city would likely lead to even more crime.

Here’s a news video about the shooting: