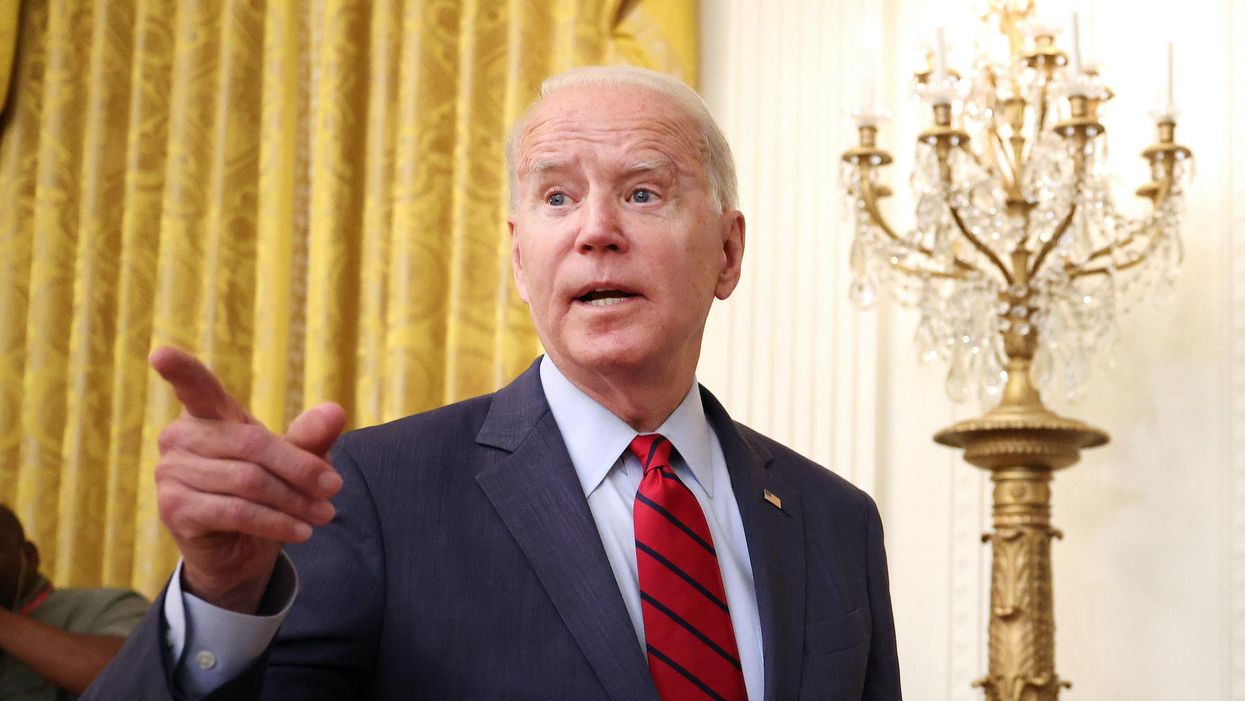 President Joe Biden walked back his accusation against Facebook after the social media behemoth responded with a scathing statement.

“Facebook isn’t killing people,” Biden told reporters Monday. “These 12 people are out there giving misinformation. Anyone listening to it is getting hurt by it. It’s killing people. It’s bad information.

“My hope is that Facebook, instead of taking it personally, that somehow I’m saying Facebook is killing people, that they would do something about the misinformation,” he explained, “the outrageous misinformation about the vaccine. That’s what I meant.”

On Friday, Biden was leaving the White House when he addressed a reporter asking about coronavirus misinformation on social media. The reporter asked the president, “On COVID misinformation, what is your message to platforms like Facebook?”

The company had first responded with a statement Friday touting the number of people who had received “authoritative” information on the coronavirus pandemic.

“The fact is that more than 2 billion people have viewed authoritative information about COVID-19 and vaccines on Facebook, which is more than any other place on the internet. More than 3.3 million Americans have also used our vaccine finder tool to find out where and how to get a vaccine,” said a Facebook spokesperson.

On Saturday, the company’s vice president of the integrity fired off another missive against Biden’s accusation.

“The fact is that vaccine acceptance among Facebook users in the U.S. has increased. These and other facts tell a very different story to the one promoted by the administration in recent days,” wrote Guy Rosen.

“Since January, vaccine acceptance on the part of Facebook users in the US has increased by 10-15 percentage points (70% → 80-85%) and racial and ethnic disparities in acceptance have shrunk considerably (some of the populations that had the lowest acceptance in January had the highest increases since),” he added.

Facebook also claimed that the company had taken down over 18 million instances of coronavirus misinformation on its platform, while also labeling and reducing the visibility of 167 million other pieces of content.

Here’s more about the Biden-Facebook feud:


Facebook fires back at President Joe Biden over vaccine misinformation