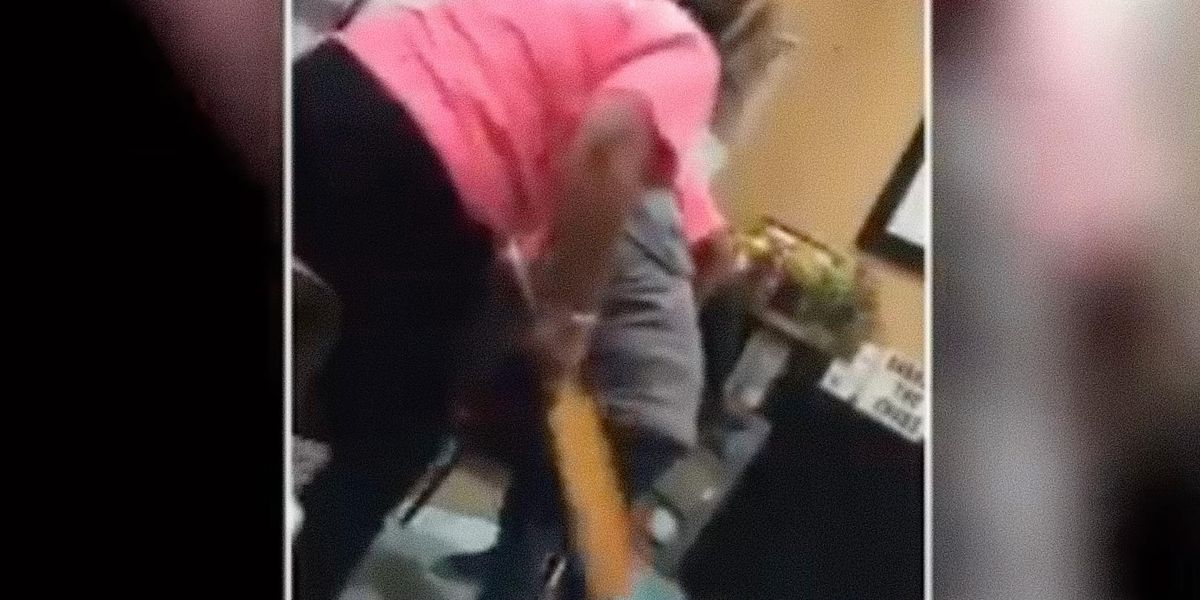 A Florida principal may face criminal charges after using a paddle to inflict discipline on a 6-year-old student.

Video captured the corporal punishment — which some districts in Florida permit, but not in Hendry County — and went viral on the internet.

WINK-TV reported that Melissa Carter, principal at Central Elementary School in Clewiston, Florida, took it upon herself to paddle the unnamed child after the child reportedly damaged a school computer.

The child’s mother, who also remains unnamed at the time of this reporting, said she was summoned to the school on April 13 to pay a $50 fee for the damages.

When the mother — who said she didn’t fully understand what was happening due to a language barrier — arrived at the school, she was taken to the principal’s office, where school officials were holding her daughter.

The woman said that she was aware enough to record the incident while hiding her phone in her purse.

“The hatred with which she hit my daughter, I mean, it was a hatred that, really, I’ve never hit my daughter like she hit her,” the woman told the station in Spanish. “I had never hit her. There are no cameras. What are we doing in this place? My daughter and I, alone.”

She added, “Nobody would have believed me. I sacrificed my daughter so all parents can realize what’s happening in this school.”

Bret Probinsky, an attorney for the family, said that Clewiston police have turned over the case to the state’s district attorney for the 20th Judicial Circuit, who will determine whether to bring charges against the principal.

In a statement to the station, Probinsky said, “That’s aggravated battery. They’re using a weapon that can cause severe physical harm.”

The school district’s website also states, “The superintendent shall designate sanctions for the infractions of rules, excluding corporal punishment.”

Probinsky added, “The child is terrified, she feels vulnerable. There’s nothing she can do in the hands of these adults, who treated her so brutally, savagely, sadistically.”

WINK reported that the Department of Children and Families is also investigating the incident.

David Begnaud, lead national correspondent for “CBS This Morning,” shared video of the incident on Twitter and captioned it, “A 6yo child in FL. was beaten by her school principal, in front of her mother, for damage she allegedly caused to a computer. [T]his video is graphic. It’s infuriating, outrageous & shocking & the principal is now under criminal investigation.”

A 6yo child in FL. was beaten by her school principal, in front of her mother, for damage she allegedly caused to a… https://t.co/qAOo5WLrDI