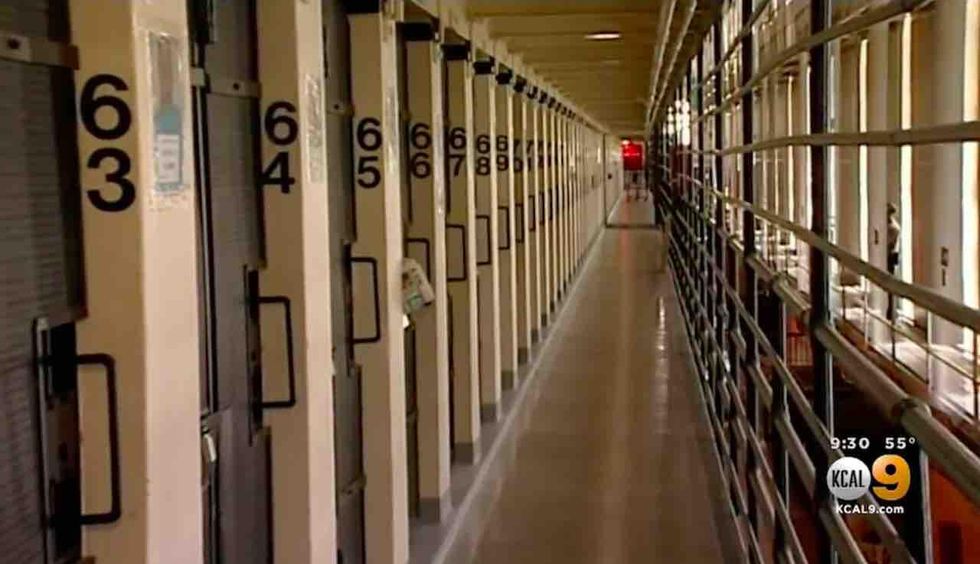 After Los Angeles District Attorney George Gascón was sworn in to his new gig late last year, he immediately began making headlines for his radical policies.

For starters, Gascón — whose campaign was backed by George Soros money — announced he would do away with cash bail, not pursue prosecution enhancements for gangs and guns, and not seek the death penalty for any offenses.

Well, Gascón’s policies appear to be coming back to bite him in an uncomfortable place.

Turns out a California prisoner with a lengthy criminal history — including attempted pre-meditated murder — is trying to game the system by using Gascón’s policies in order to get his sentence reduced, KCBS-TV reported.

The station said Daniel Avila left a voicemail at Gascón’s office in which he threatened to attack a police officer during a prison transfer in order to get back into court so he can request the revocation of his previous sentence enhancements — right in line with Gascón’s goals.

Avila has been jailed on a slew of felony charges that date back to 2005 when he was arrested in Ventura County on suspicion of fraud and identity theft. Since being imprisoned, he has been convicted of 20 felony offenses — all committed while in prison — including charges of attempted pre-meditated murder and multiple counts of assault on a peace officer with a deadly weapon.

“My case is subject to the new special directive under Gascón,” Avila added in the voicemail, the station said. “Ninety percent of it is enhancements, and I am trying to get back into court, OK? And, the thing is, is that, I don’t want to do this.”

He also said, “I’ll plead guilty to it as long as you drop all the strike priors and the enhancements and everything in my other case, and we’ll just do it that way,” KCBS added.

The station said it reached out to Gascón’s office about the voicemail but has yet to receive a response.

It would seem Gascón has his hands full at the moment. Last week, a judge partially ruled against his sweeping criminal justice reform package, declaring that some of his directives violated California law and would have placed his deputy district attorneys in legal and ethical jeopardy — and the ruling was in response to a lawsuit filed by Gascón’s own deputy district attorneys.