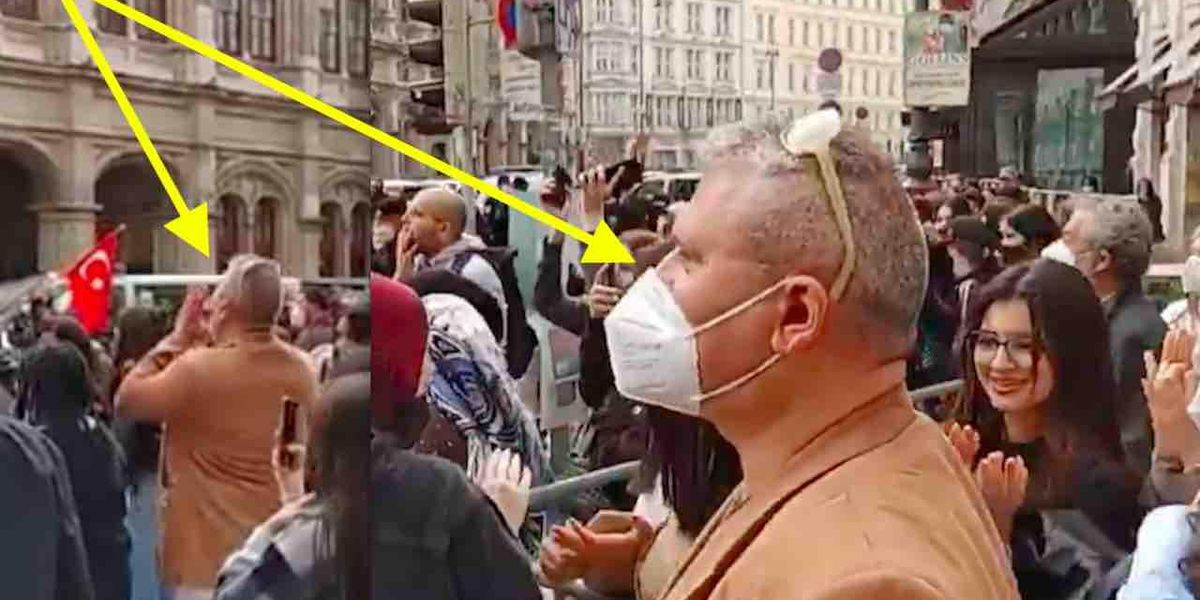 In yet another chilling moment of recent broad daylight anti-Semitism, cellphone video caught the moment a pro-Palestinian counter-demonstrator in Vienna, Austria, cupped his hands around his mouth and hollered at pro-Israel activists, “Stick the Holocaust up your ass!”

More disturbing still was the loud cheering and applause that followed the man’s outburst:

A Google translation of a story from the Heute news outlet indicated that opposing factions filled the streets of Vienna all day Saturday, and numerous videos showed a massive police presence.

The outlet said around 5 p.m. a rally “Against all anti-Semitism” took place near an opera house, and it quickly attracted a counterprotest “consisting of Turkish nationalists, young people, and advocates of Palestine.”

Heute said the counterprotest was “obviously intended to disrupt the pro-Israel demonstration,” and it also reported the “grossly anti-Semitic slogan” recorded in the above video along with the “raging applause and cheers” that followed.

And while the man’s anti-Semitic outburst in Vienna didn’t include violence, the huge kudos he received from other counterprotesters seemed equally as chilling due to the lack of pushback and apparent matter-of-fact consensus among the crowd.

According to German news site DW, Iranian Foreign Minister Mohammad Javad Zarif called off a Saturday visit to Austria after Israeli flags were raised on government buildings in Vienna.

A spokeswoman for Austrian Foreign Minister Alexander Schallenberg said “we will not remain silent while Hamas fires 2,000 rockets at civilian targets in Israel,” the news site reported.

DW added that Austria’s Chancellor Sebastian Kurz said flying the flag over the federal chancellery on Friday was in solidarity with Israel amid clashes with Hamas.

Mob of pro-Palestinian thugs ask LA diners if any of them are ‘Jews,’ witness says. Then mob beats up two Jewish men.