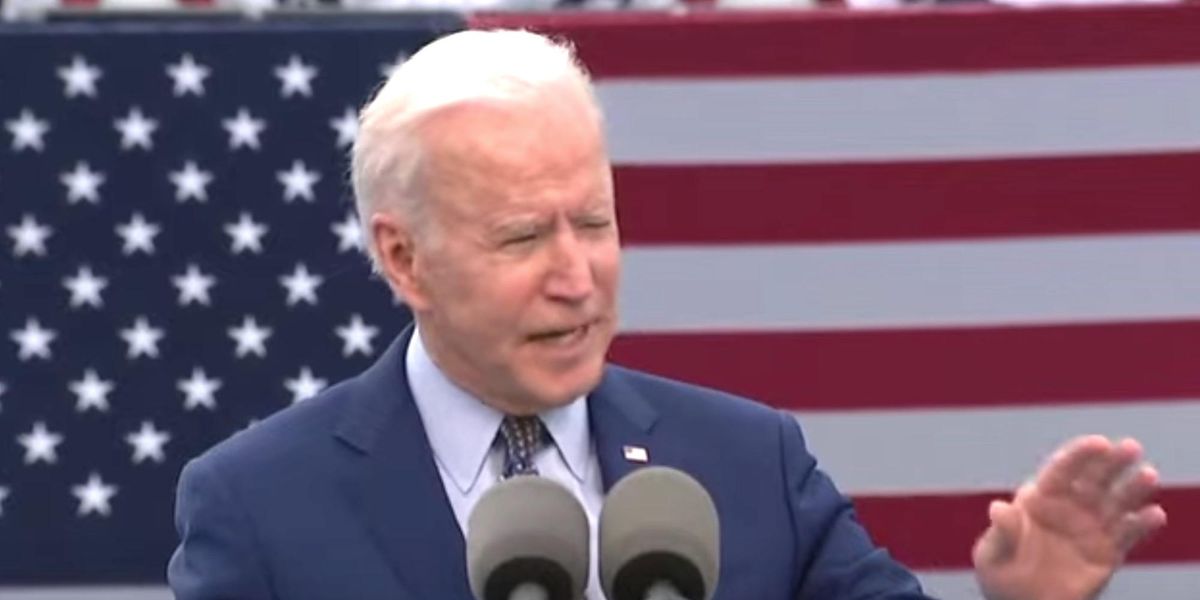 President Joe Biden tried to get past an awkward moment with loud protesters interrupting his rally by telling them that he agreed with their cause, but they continued until they were kicked out.

Biden was speaking at a drive-in rally near Atlanta when protesters began demanding that he shut down all detention centers and abolish the Immigration and Customs Enforcement agency. Biden was celebrating his 100th day in office.

“End detention now!!” they chanted, while the others chanted “Abolish ICE!”

“We’ll give you a microphone!” Biden responded.

Reporters at the rally said that the protesters also unfurled an orange banner during their interruption.

Biden speech interrupted by protesters shouting “end detention now” and “abolish ice”. They were escorted out by st… https://t.co/NlRFo4OpAk

Biden then responded that he agreed with their cause after they continued to interrupt.

“I agree with you,” Biden said. “I’m working on it, man. Give me another five days!”

“Folks, you all know what they’re talking about. There should be no private prisons, period. None, period!” he said. “They should not exist, and we’re working to close all of them!”

“We voted for you, too! Our families are dying!” responded one protester.

The protesters were escorted out of the car rally and Biden continued with his speech. Biden later clarified to reporters that he was “teasing” the protesters about taking action within five days.

Biden has proposed a pathway to citizenship for the millions of illegal aliens in the U.S., but he has faced criticism from the left for the continued deportations and increased detainments at the border since he assumed office.

A poll from 2018 showed that Americans are against abolishing ICE by more than 2 to 1. The Rasmussen poll found that 55% of Americans did not want ICE abolished while only 25% said they did support the extreme policy.

Here’s the video of the bizarre interaction: