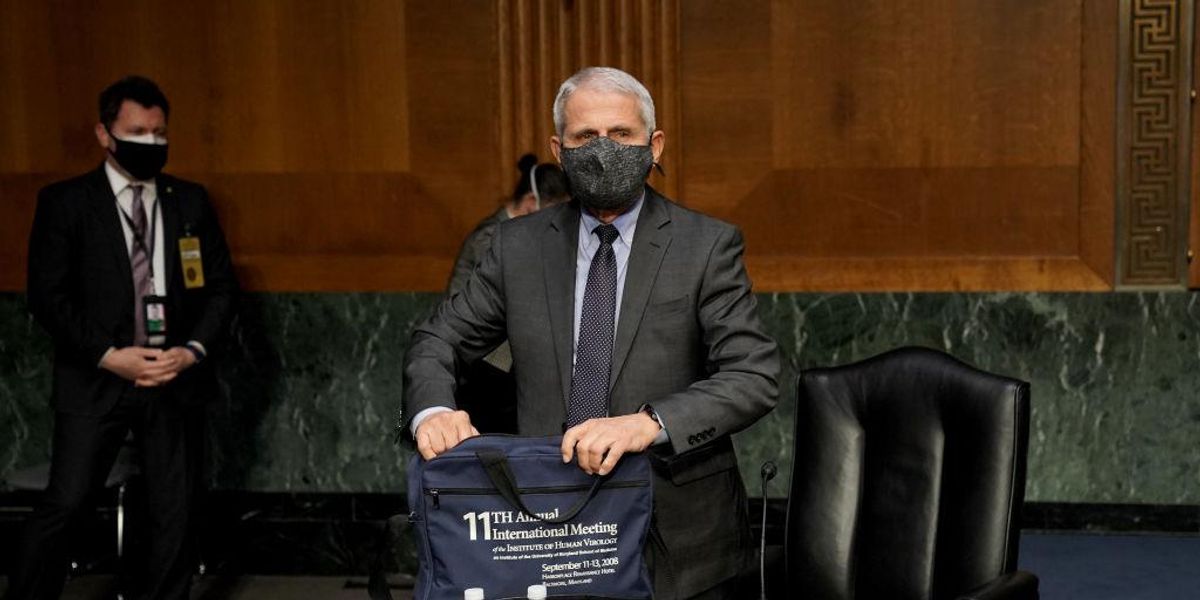 Fauci
appeared on ABC’s”Good Morning America” to discuss the Centers for Disease Control and Prevention’s new mask recommendations, reiterating that the CDC says it’s safe for vaccinated people to stop wearing face coverings. He explained that the science has “evolved” over the last few weeks to show that vaccinated people are protected from infection and that the risk of them spreading the virus to someone else is “extremely low, very very low.”

When asked by host George Stephanopoulos how his personal mask-wearing habits have changed, Fauci responded that he feels more comfortable being seen in public indoors without a mask. Though he was
vaccinated in December, Fauci said he had continued to wear a mask to avoid sending “mixed signals” to the American people by not wearing a mask.

“I’m obviously careful because I’m a physician and a health care provider. I am now much more comfortable in people seeing me indoors without a mask, I mean, before the CDC made the recommendation change I didn’t want to look like I was giving mixed signals,” Fauci told ABC News.

Exactly two months ago, on March 18, Fauci
told a different story to Sen. Paul during a hearing on the pandemic response. Paul had grilled Fauci on the absence of scientific evidence to suggest that vaccinated Americans needed to wear masks.

“If we’re not spreading the infection, isn’t it just theater?” he pressed.

At the time, Fauci told Paul “I totally disagree with you” and insisted that mask-wearing is not theater because of the risk that vaccines did not protect against COVID-19 variants.

Now, Fauci admits that he continued to wear a mask indoors even though he was vaccinated and knew he didn’t need to because he didn’t want to send “mixed signals” to the American people, which appears to be the very definition of “theater.”

Sen. Paul has not yet commented publicly on Fauci’s remarks but he did share the following social media post from the Republican Party of Kentucky: ”
Two months TO THE DAY after Dr. @RandPaul said Dr. Fauci was performing ‘theater’ and wearing two masks ‘for show’ despite being vaccinated, Dr. Fauci finally admits it was, indeed, for show.”

New CDC guidelines: If you’ve been vaccinated, you can take off your mask outside (most of the time) and indoors (sometimes)