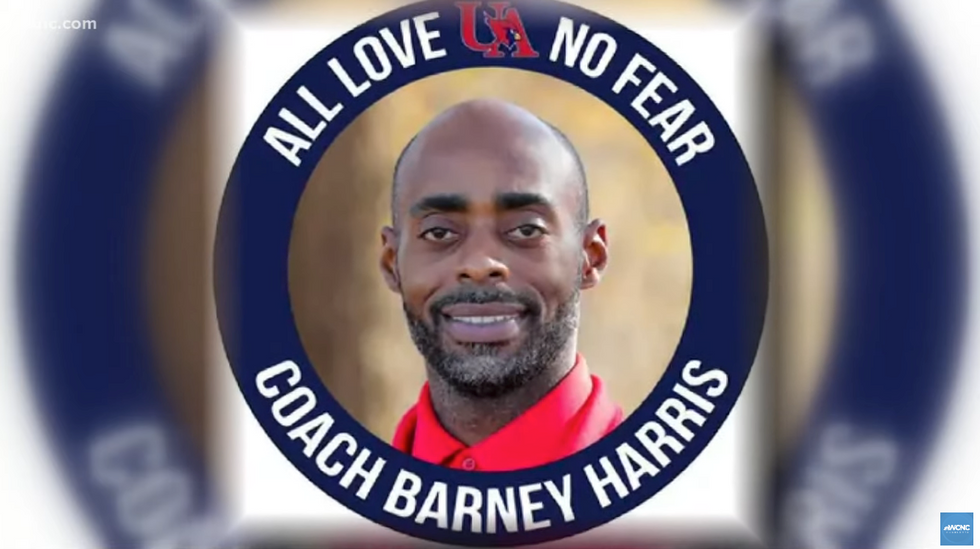 A popular high school teacher and coach from Union County, North Carolina, was killed in a shootout on April 8 while he and his brother-in-law were attempting to rob a Mexican drug cartel, authorities said.

The news is reportedly sending shockwaves through the community as students and colleagues say they remember Barney Harris — who taught Spanish and coached varsity basketball and track at Union Academy Charter School — as a kind and compassionate mentor, not someone who would be mixed up in the dangerous and deadly drug world.

But during a press conference about his death, authorities said that Harris lived a secret life that most people couldn’t see, WSOC-TV reported.

According to police, Harris and his brother-in-law, Steven Alexander Stewart Jr., attempted to rob a stash house operated by the Sinaloa New Generation Cartel in Alamance County. The pair had allegedly been tracking the movements of the cartel and attempted to raid the stash house for drugs and cash.

During the raid, the two allegedly tied up and questioned an 18-year-old member of the cartel, Alonso Beltran Lara, before shooting and killing him execution-style in the back of the head. After that, other cartel members showed up and a shootout ensued. Harris was killed in the gunfight despite wearing a bullet-proof vest.

Stewart got away but was later apprehended by police. He has now been charged with first-degree murder and first-degree burglary.

Police said they discovered dozens of bullet casings at the crime scene and noted that several bullets pierced through neighboring trailers in the trailer park community where the stash house was located.

“The trailers that were shot up, it looked like an old Western shootout, that’s what it looked like,” Alamance County Sheriff Terry Johnson said.

Deputies reported finding five firearms, roughly $7,000 in cash, and 1.2 kilograms of cocaine during the course of the investigation.

Regarding Harris’s involvement in the crime, Johnson said, “Nothing surprises me, there are people in families who have relatives that violate the law and never know what’s going on.”

He added that his primary concern now is about an inevitable retaliation from the drug cartel.

“I can tell you this right now,” he said. “When we are dealing with the Mexican drug cartel, somebody’s probably going to die as a result of this right here, somewhere else.”

Sinaloa, formerly run by Mexican drug kingpin Joaquín Guzmán, known as “El Chapo,” is regarded as one of the largest, most powerful drug operations in the western hemisphere, according to the U.S. Drug Enforcement Administration.

Video: Thugs on dirt bikes violently beat US postal worker in Brooklyn in broad daylight as he made his rounds

Horowitz: The rarity of police shootings compared to black homicide victims is astonishing