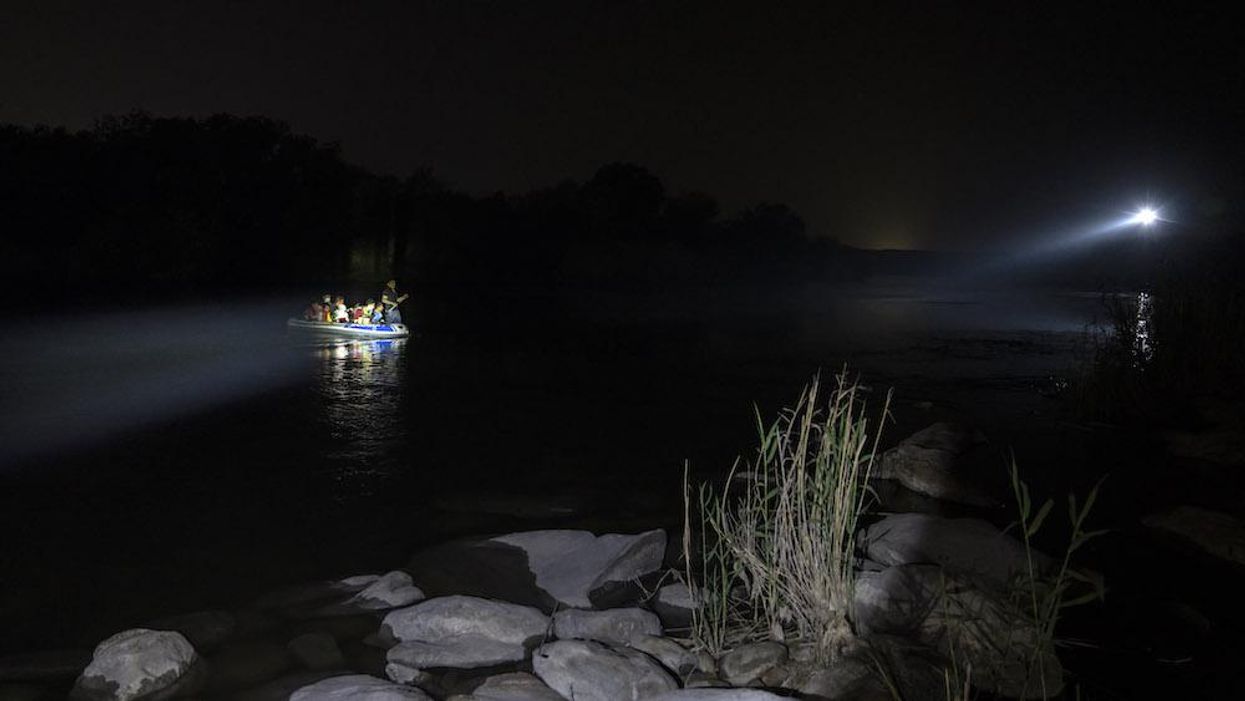 First, recent information from border experts that I received while at the border just last week, informed me that while we have seized more drugs than ever, the rate of interdiction has remained the same. That is, between 80% and 90% of illegal drugs continue to successfully cross our border. Translation for workers at the American Independent: More illegal drugs than ever are making their way into America. Perhaps that is why we have had a record number of opioid overdoses and deaths this year.

Second, the cartels that control the border are flooding the zone with illegal aliens who have paid to be trafficked into the United States. This tactic distracts Border Patrol agents into care and process duties so the cartels can run drugs through the gaps. The cartels don’t give a rip about the aliens looking to cross — they’re merely an opportunity to make some extra cash and provide cover for the drug-smuggling operation. Failure to cooperate, pay the requisite fee, or draining on the efficiency of the cartels’ system results in aliens being killed or left behind.

On my most recent trip to the border, we heard story after story of cartels and aliens exploiting Biden’s broken border security policies. In one case, an unaccompanied 7-year-old girl arrived at the border and asked Border Patrol agents to send her to Detroit where her mother was waiting. Her mother, an illegal alien herself, left the child for the cartel to smuggle into the United States knowing American taxpayers would foot the bill for the child’s travel to Detroit.

In another case, Border Patrol in the Rio Grande Valley sector told us of their work to apprehend 7,000 aliens being held hostage in over 375 stash houses. Again, the cartels don’t care about the well-being of these aliens, just that they pay the demanded extortion or help further the cartels’ drug and human smuggling operations.

The enormity of the border crisis is incomprehensible to those who don’t go to the border, like the journalists at American Independent or Vice President Kamala Harris. We have seen a record number of apprehensions every month since Biden’s inhumane border policies took effect: February, March, April, May, and June. The Biden policies have drawn approximately 1.2 million people to our border where they voluntarily surrender and where most are transferred to locations all over the United States within just a few hours.

We know those arriving include violent criminals and those infected with COVID-19, but the Biden administration has done nothing to address those dangers.

The numbers don’t include the known “gotaways,” the people we see illegally enter, but we cannot catch, which exceeds 250,000 individuals this fiscal year.

The unfortunate reality is that the left wants an open border. What the majority of Americans consider a crisis is the objective of the radical left. Yes, it is true. The open border is willful and intentional. It is the desired result of the Biden-Harris oligarchy.