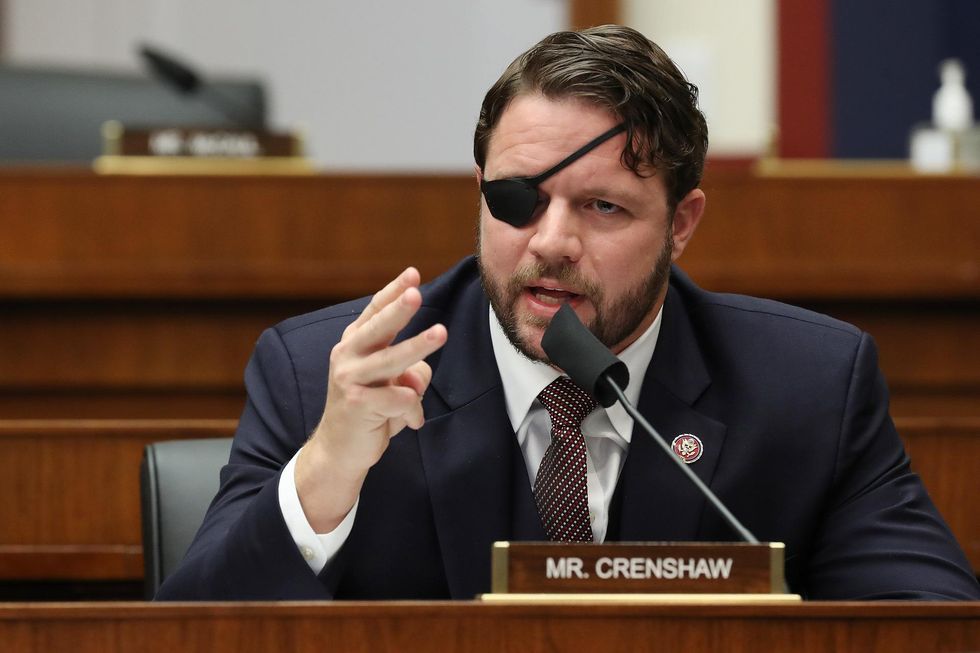 But Rep. Dan Crenshaw (R-Texas) wasn’t having it, and showed the airline its own ID policy before telling them to “just shut up.”

Last month, Georgia Gov. Brian Kemp (R) signed sweeping election reforms into law for his state, which included the requirement of absentee ballots being verified with a photo identification.

The legislation outraged Democrats, who called the reforms voter suppression, and several companies reacted by condemning the measure. Major League Baseball even punished the state last week by pulling its 2021 All-Star Game out of Atlanta.

Not to be left out of the woke corporate pandering parade, United Airlines issued a statement Monday that read:

Our mission is to connect people and united the world. We believe that one of the most effective ways to do this is to engage in the democratic process, which begins with voting — a civic duty. America’s democracy is stronger when we’re all engaged, and every vote is properly counted.

Some have questioned the integrity of the nation’s election systems and are using it to justify stricter voting procedures, even though numerous studies have found zero credible evidence of widespread voter fraud in U.S. elections. Legislation that infringes on the right to vote of fellow Americans is wrong. We believe that leaders in both parties should work to protect the rights of eligible voters by making it easier and more convenient for them to cast a ballot and have it counted.

In reaction, Crenshaw replied on Twitter with a quote that read, “Travelers 18 years of age or older are required to have a valid, current U.S. federal or state-issued photo ID that contains name, date of birth, gender, expiration date and a tamper-resistant feature for travel.”

He went on to explain, “That’s your policy, United. Pandering hypocrites. Just shut up.”

“Travelers 18 years of age or older are required to have a valid, current U.S. federal or state-issued photo ID tha… https://t.co/KwqqGKYBPA

Crenshaw was not alone in blasting United’s statement, with several folks taking issue with its declared “mission.”