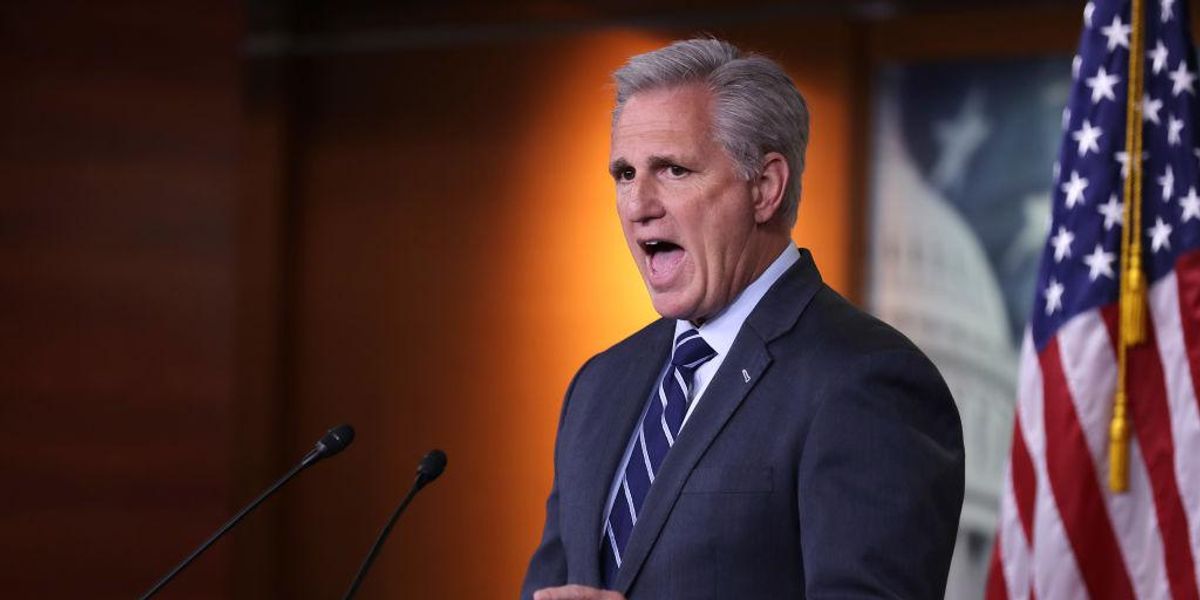 House Minority Leader Kevin McCarthy (R-Calif.) has likely killed a bipartisan agreement to form an independent commission to investigate the Jan. 6 riot at the U.S. Capitol, coming out in opposition to the deal Tuesday.

The “9/11-style” commission proposal was put forward by House Homeland Security Committee Chairman Rep. Bennie Thompson (D-Miss.) and ranking member John Katko (R-N.Y.), who had agreed that the commission would be evenly divided between Republicans and Democrats and would have subpoena power if both sides agreed to use it.

The commission would investigate the circumstances leading up to the violence on Jan. 6, when a mob of President Donald Trump’s supporters trespassed at the U.S. Capitol, assaulted police officers, and broke into Capitol Hill offices searching for lawmakers in an attempt to stop the certification of the Electoral College vote declaring Joe Biden as the winner of the 2020 presidential election.

But McCarthy and House Republicans wanted to expand the scope of the commission’s investigation to encompass other incidents of political violence, including the 2017 shooting at a Republican congressional baseball practice and the deadly attack on Capitol Police on April 2. Democrats refused to expand the investigation and the bipartisan deal that was reached would solely focus on the events of Jan. 6.

In a statement released Tuesday, McCarthy announced his opposition to the deal, accusing the proposed commission of being “duplicative” and “potentially counterproductive” given other ongoing bipartisan investigations into the events of Jan. 6 and the criminal investigations being conducted by U.S. law enforcement.

“For months, the Speaker of the House refused to negotiate in good faith on basic parameters that would govern a commission to examine the January 6 attack on the U.S. Capitol,” McCarthy said.

“While the Speaker has wasted time playing political games, numerous Congressional and intergovernmental agency efforts have picked up the slack. There are ongoing bipartisan investigations into all facets of the January 6 events occurring inside the Senate Committee on Homeland Security and Governmental Affairs, as well as the Senate Committee on Rules and Administration,” he said.

McCarthy added that he supports the ongoing efforts of law enforcement to bring the rioters to justice, noting that the Department of Justice has announced 445 arrests in connection with the violence at the Capitol. He claimed the committee proposal as drafted might “interfere with and ultimately undermine these ongoing prosecutorial efforts,” though he did not explain how.

“Finally, the renewed focus by Democrats to now stand up an additional commission ignores the political violence that has struck American cities, a Republican Congressional baseball practice, and, most recently, the deadly attack on Capitol Police on April 2, 2021. The presence of this political violence in American society cannot be tolerated and it cannot be overlooked. I have communicated this to our Democrat colleagues for months and its omission is deeply concerning,” McCarthy continued.

“Given the political misdirections that have marred this process, given the now duplicative and potentially counterproductive nature of this effort, and given the Speaker’s shortsighted scope that does not examine interrelated forms of political violence in America, I cannot support this legislation.”

Reporters asked House Speaker Nancy Pelosi (D-Calif.) to respond to McCarthy’s statement on Tuesday, and she said, “I’m very pleased that we have a bipartisan bill to come to the floor and it’s disappointing but not surprising that the cowardice on the part of some on the Republican side not to want to find the truth.”

President Joe Biden supports the bill to create the Jan. 6 commission, which will be voted on in the House Wednesday. It faces long odds to overcome a filibuster by Senate Republicans should it pass the House.