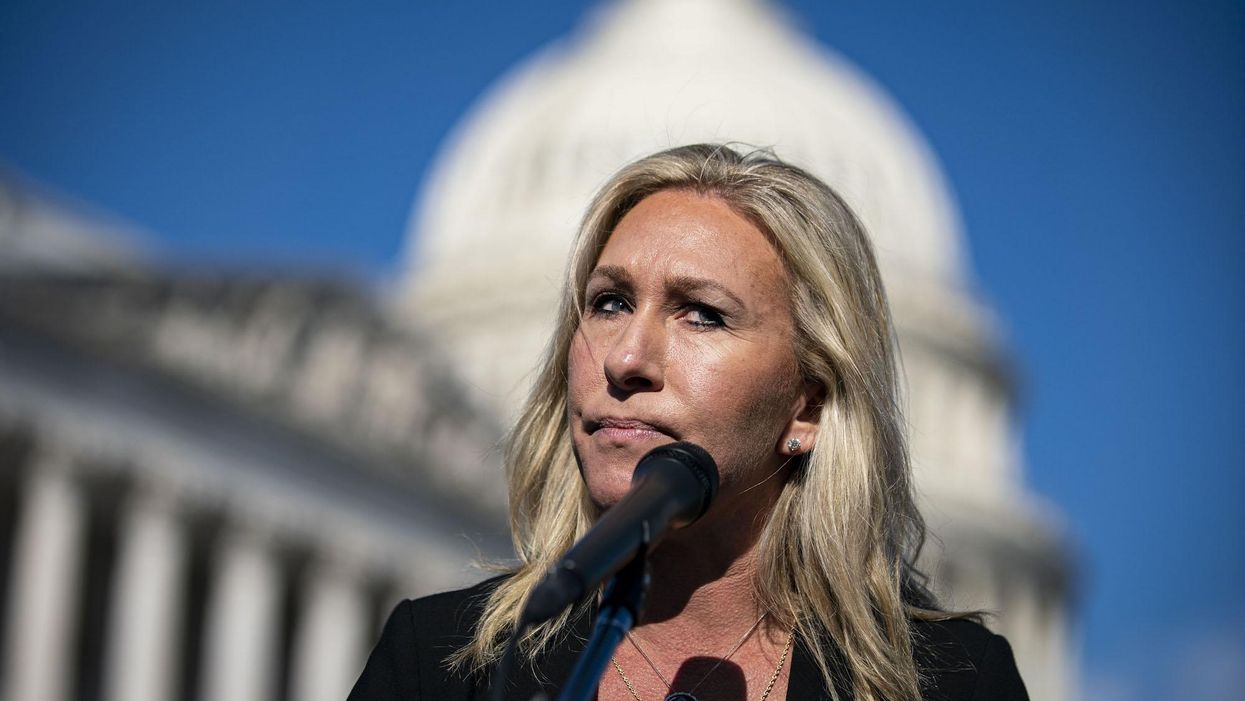 Republican Rep. Marjorie Taylor Greene of Georgie lashed out at Twitter after the popular social media company said that they had suspended her account “in error” on the same day that Democrats introduced a motion to expel her from Congress.

“We use a combination of technology and human review to enforce the Twitter Rules across the service,” said a spokesperson in a statement to CNBC.

“In this case, our automated systems took enforcement action on the account referenced in error,” the statement continued. “This action has been reversed, and access to the account has been reinstated.”

Greene, who apologized for previously supporting and spreading numerous conspiracy theories, had been temporarily suspended by the social media platform in January after she spread false claims about the results of the presidential election.

She demanded that Twitter CEO Jack Dorsey explain how it was that she was accidentally suspended on such an important day.

“I was just told @Twitter suspended me for 12 hrs in ‘error,’ on the same day Dems introduced a resolution to expel me from Congress. What a coincidence?” tweeted Greene.

I was just told @Twitter suspended me for 12 hrs in “error,” on the same day Dems introduced a resolution to expel… https://t.co/xVns1fDwLy

“Twitter’s little error wasn’t resolved until after 12 hrs. @jack which employee made the ‘error?’ Reply to my email, Jack,” she added.

The resolution to expel Greene was introduced by Democratic Rep. Jimmy Gomez of California who said that Greene deserved to be expelled for supporting the rioting at the U.S. Capitol on Jan. 6.

“I take no joy in introducing this resolution, but any member who cites political violence and threatens our lives must be expelled,” said Gomez. “I believe some of my Republican colleagues, and one in particular, wish harmed upon this legislative body.

The resolution is not expected to gain enough support to meet the two-thirds threshold in the House to succeed in expelling Greene.

When asked by reporters on Friday about the push to expel Greene from Congress, House Speaker Nancy Pelosi (D-Calif.) said that it was not supported by the leadership of the Democratic party. Democrats had previously voted in February to strip Greene of her congressional committee assignments.

Here’s what Pelosi said about the push to expel Greene:

Nancy Pelosi blasts Republican members of Congress as the ‘enemy within’