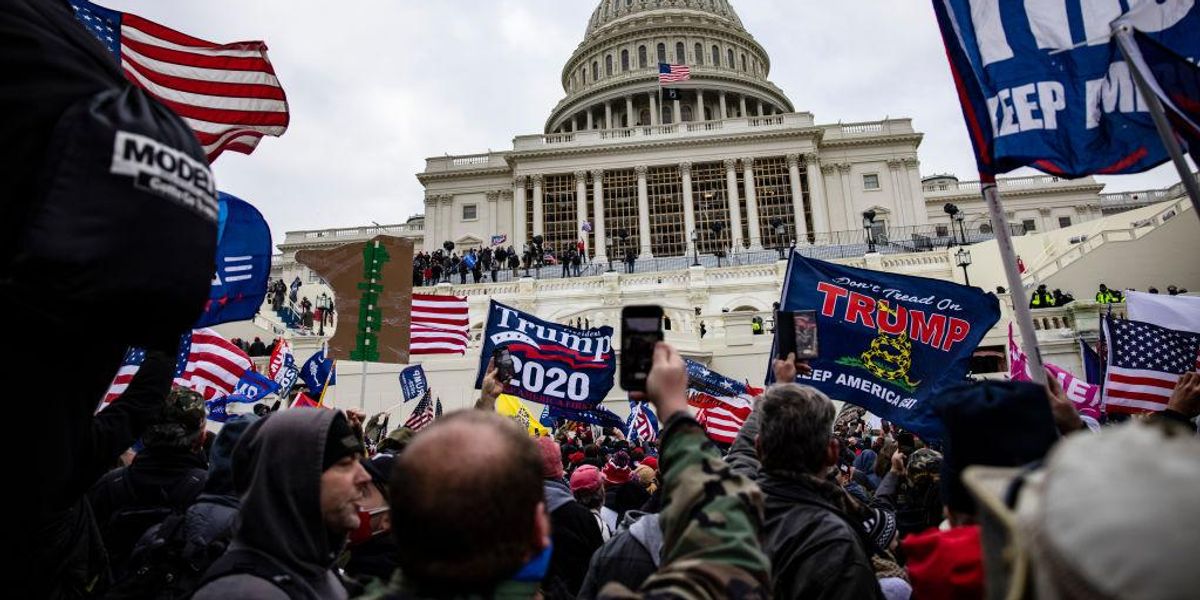 The Biden administration is considering partnering with outside firms to surveil “extremist chatter” online as part of an effort to combat domestic terrorism in the country, CNN reported Monday.

The move — which comes in apparent response to the growth of far-right extremism in America and, specifically, the Jan. 6 riot at the U.S. Capitol — would enhance the federal government’s ability to gather intelligence from conversations happening in private spaces online.

As it stands, the Department of Homeland Security is legally limited in how it can surveil citizens online without justification and prohibited from assuming false identities to breach private messaging apps, CNN noted. Instead, federal authorities can only browse through information shared on social media and other open platforms.

But under the new plan, which is currently being discussed inside the department, federal officials would be able to “circumvent those limits” by partnering with “research firms who have more visibility in this space.”

“A source familiar with the effort said it is not about decrypting data but rather using outside entities who can legally access these private groups to gather large amounts of information that could help DHS identify key narratives as they emerge,” the report stated.

Essentially, private researchers who already monitor such activity online would act as middlemen in the new scheme, providing DHS with “broad summaries or analysis of narratives” emerging in private groups operated by groups such as the Proud Boys or Oath Keepers.

DHS officials reportedly insisted to CNN that any information obtained by the department would “not be used to target specific individuals.”

The plan aims to close an intelligence gap which allegedly contributed to a failure to prepare for the Jan. 6 assault on the U.S. Capitol, experts and officials argued, despite claims that warnings were given to the FBI well in advance of the riot. Notably, even as concerns grew ahead of the day, Washington, D.C., Mayor Muriel Bowser discouraged additional federal law enforcement.

One DHS official reportedly told CNN that by the time narratives are appearing on Facebook, it is usually too late.

“Domestic violent extremists are really adaptive and innovative. We see them not only moving to encrypted platforms, but obviously couching their language so they don’t trigger any kind of red flag on any platforms,” the official said.

“There was only limited awareness before January 6 of what violent extremists were planning through social media,” added Tom Warrick, a senior fellow at the Atlantic Council who served as DHS deputy assistant secretary for counterterrorism policy from 2008 until 2019.

He said he expects the DHS is exploring “whether contractors could help them understand plots and trends” emerging online.

The Biden administration has been outspoken about its intentions to combat the growth of white supremacist extremism in the country.

Last week, during his first address to a joint session of Congress, Biden claimed that white supremacists have replaced jihadists as the “most lethal terrorist threat” to the U.S.