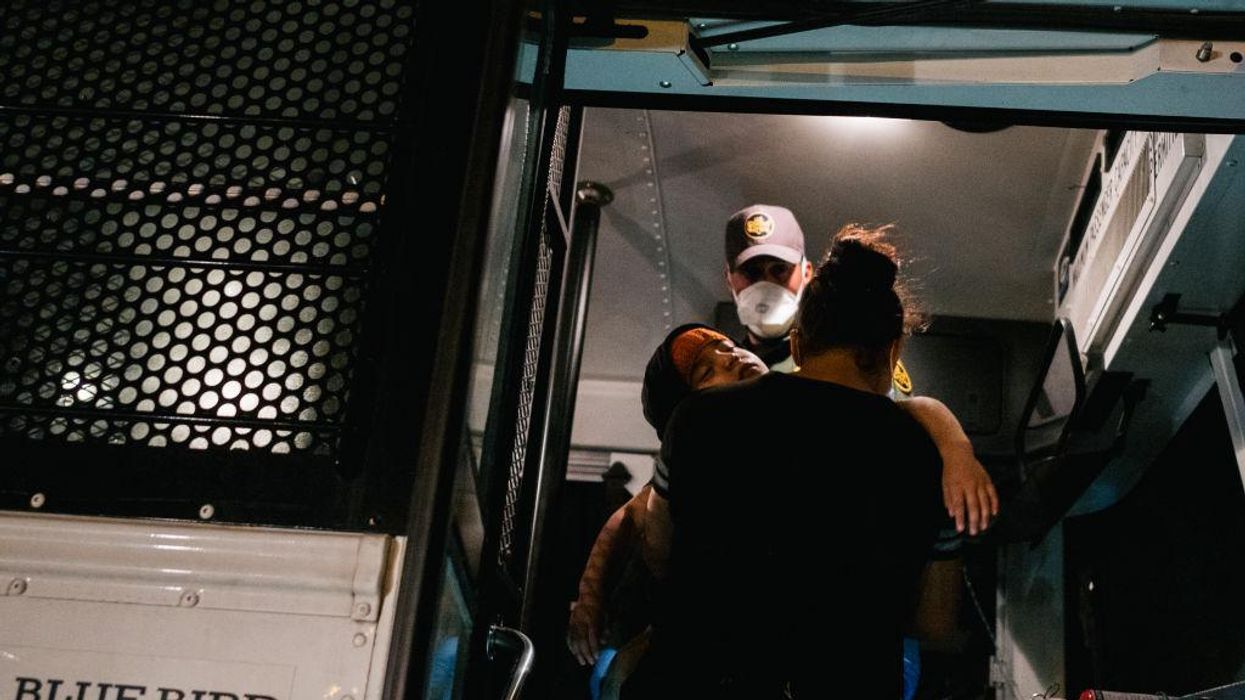 Thousands of illegal immigrants were encountered by overwhelmed Border Patrol agents in the Rio Grande Valley over the weekend and are being released and handed bus tickets to wherever they’d like to go in the U.S., according to a reporter.

Fox News national correspondent Bill Melugin reported Monday that local Border Patrol stations near McAllen, Texas, are “585% over capacity” and that there are “mass releases” of illegal immigrants underway.

Another Fox News reporter, Griff Jenkins, added that in the last 24 hours border agents in the Rio Grande Valley had 3,002 encounters with illegal immigrants and that the total number of law enforcement encounters with migrants over the weekend was 8,144.

NEW: Per DHS sources, local Border Patrol stations in McAllen area are currently 585% over capacity and there are “… https://t.co/CJI8CeuWKr

Record numbers of migrants are seeking illegal entry into the United States. According to Rep. Henry Cuellar (D-Texas), who represents parts of the Rio Grande Valley, Department of Homeland Security agents encountered over 180,000 illegal immigrants at the southern border in July, after encountering 188,829 migrants in June.

Our DHS agents, & border communities, are overwhelmed & must be prioritized. DHS will again encounter over 180,000… https://t.co/9DJMQhIlhq

The surge of migrants is so large that thousands of migrants are being released after detention without being given a date to appear in court and have their immigration cases processed.

The crisis is hitting particularly hard in Cuellar’s district, where local officials are pleading with the Biden administration for “immediate and decisive action” to provide more resources for DHS agents in the Rio Grande Valley as well as “the immediate cessation of admissions of additional immigrants.”

TheBlaze reached out to DHS for comment but did not immediately receive a response.

On Sunday, Melugin posted drone video footage of “up to 1,000” migrants being held by Border Patrol under the Anzalduas Bridge in Mission, Texas, near an area of the Rio Grande river that’s popular for border crossings.

Great work and Incredible footage @BillFOXLA – add to it – in the LAST 24hrs, RGV had 3,002 encounters – an increas… https://t.co/EYlxgw1G2G

After these migrants are apprehended by Border Patrol, they are being released to a Catholic charity that’s providing them with food and shelter before they are given bus tickets or air tickets to travel to other places in the U.S., Melugin reports.

“Large groups of migrants being walked to McAllen Central Bus Station by a local Catholic Charity after they were dropped off & released by Border Patrol. This is happening every hour. Migrants are given bus tickets wherever they want to go,” Melugin said.

The charity, Catholic Charities of the Rio Grande Valley, have been assisting the migrants with humanitarian aid but they too have been overwhelmed by the sheer volume of people being sent to them by Border Patrol. The problem is exacerbated by the threat of unvaccinated, COVID-19 positive migrants being released from detention into American communities where they may spread the virus.

New Mexico rancher says property is ‘under siege,’ details how illegal immigration is poisoning livestock and driving cattle away from food

Border crisis worsens: Highest number of migrants in two decades crossed into US illegally during April