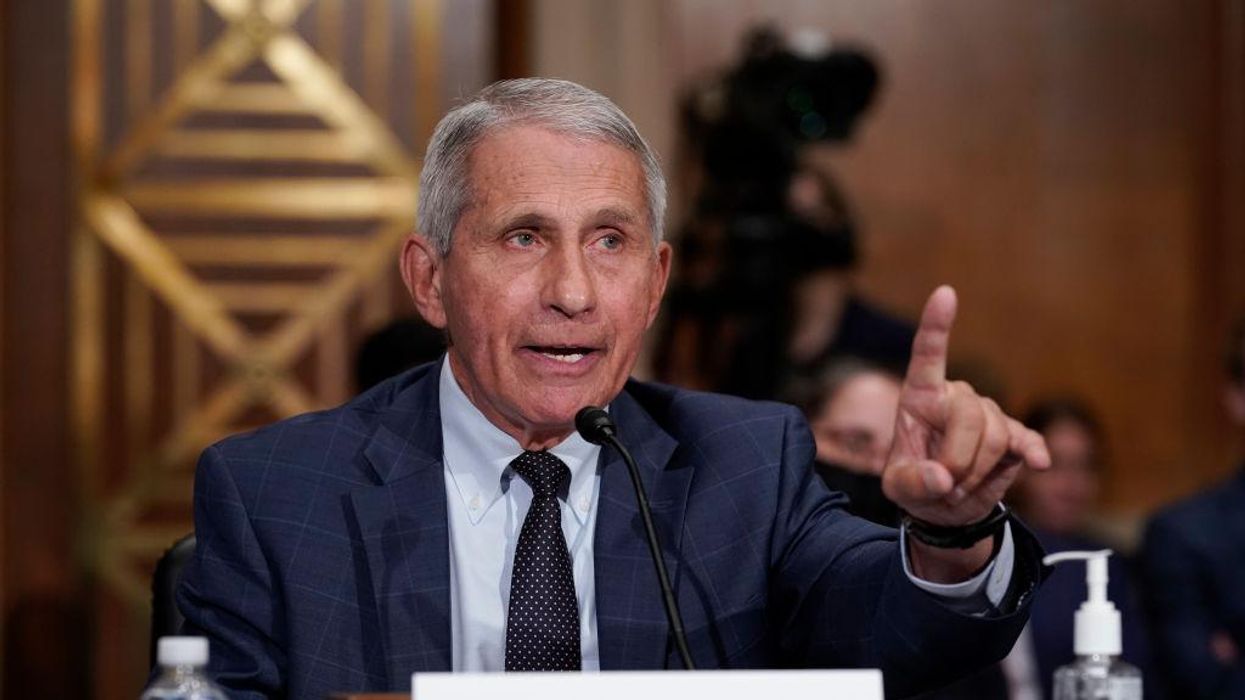 Republican lawmakers are demanding answers about potential gain-of-function research at the Wuhan Institute of Virology. Two House Republicans want to question a top scientist as to why he originally said the COVID-19 virus looked engineered, but then just days later he called the idea a “crackpot theory” after speaking with Dr. Anthony Fauci.

House Committee on Oversight and Reform ranking member Rep. James Comer (R-Ky.) and House Committee on the Judiciary ranking member Rep. Jim Jordan (R-Ohio) are calling to speak to Fauci and Kristian Andersen, a virologist at the Scripps’ Department of Immunology and Microbiology. The Congressmen want Fauci and Andersen “to brief the committees about gain-of-function research conducted at the Wuhan lab and the possibility COVID-19 was engineered to be more contagious.”

In the news release from the Republican House members, they cite an email Andersen sent to Dr. Fauci on Jan. 31, 2020, which stated that COVID-19 appeared to be engineered. Andersen noted that he and three other scientists “all find the genome inconsistent with evolutionary theory” of the coronavirus origin.

However, Andersen did an about-face, saying the possibility that the coronavirus was engineered was a “crackpot theory” after speaking with Dr. Fauci on a conference call with other international virologists.

“In three days, with no explanation as to why, you flipped your perspective entirely and began calling a theory you lent credence to only days earlier a ‘crackpot theory,'” wrote Jordan and Comer. “It would appear the primary intervening event was the February 1 conference call with Dr. Fauci. We are very interested in understanding what happened on that call or what science came to light that caused such a dramatic change in your own hypothesis as to the engineering of COVID-19.”

According to a USA Today report, the Feb. 1 meeting “played a pivotal role in shaping the early views of several key scientists whose published papers and public statements contributed to the shutting down of legitimate discussion about whether a laboratory in Wuhan, China, might have ignited the COVID-19 pandemic.”

In the letter from the Republican lawmakers to Andersen, they highlight that Fauci is the director of the National Institute of Allergy and Infectious Diseases, which “has provided you with millions of dollars in taxpayer funded grants.”

The letter states, “On February 4, 2020, you sent an email to Dr. Peter Daszak, the Chief Executive Officer of EcoHealth Alliance, Inc.—another organization that had received millions of dollars in taxpayer grants from Dr. Fauci—stating: ‘The main crackpot theories going around at the moment relate to this virus being somehow engineered . . . and that is demonstrably not the case.'”

Andersen deleted his Twitter account in June, following scrutiny when unearthed emails surfaced that he warned Fauci that “some of the features” of the virus “(potentially) look engineered.”

“Dr. Fauci has repeatedly told Congress, under oath, that NIAID has not funded dangerous gain-of-function research at the Wuhan lab,” the Republicans declared. “However, new emails show a closer relationship between NIAID and the Wuhan lab than previously known, including NIAID funding gain-of-function research without needed oversight and reviews.”

The Republicans note that the Wuhan Institute of Virology is listed as a “Key Laboratory of Special Pathogens and Biosafety” in the paper, and that the work was funded by an NIAID grant.

“On February 1, 2020, you emailed the Deputy Director of NIAID, Dr. Hugh Auchincloss, a research paper titled, ‘A SARS-like cluster of circulating bat coronavirus shows potential for human emergence,'” the letter reads. “This paper was primarily authored by Dr. Ralph Baric and Dr. Li-Zhengli Shi ⎯ a bat coronavirus expert from the WIV.”

“This work was gain-of-function research,” the Republicans claim. “There is no need to conduct a scientific analysis of this paper to determine whether or not it constituted gain-of-function; you state it in your email to Dr. Auchincloss and it states it in the paper itself.”

“The attachment line of your February 1, 2020 email to Dr. Auchincloss stated, ‘Baric, Shi et al – Nature medicine – SARS Gain of Function.pdf,” the letter says, adding, “[e]xperiments with the full-length and chimeric SHC014 recombinant viruses were initiated and performed before the [gain-of-function] research funding pause and have since been reviewed and approved for continued study by the [National Institute of Health] (NIH).”

The Republicans note that the subject line in Fauci’s email to Auchincloss said, “IMPORTANT.”

The body of the email also appears to have a sense of urgency:

“Hugh: It is essential that we speak this AM. Keep your cell phone on. I have a conference call at 7:45 AM with [Health and Human Services Secretary Alex] Azar. It likely will be over at 8:45 AM. Read this paper as well as the e-mail that I will forward to you now. You will have tasks today that must be done. Thanks, Tony.”

Jordan and Comer contend that the NIAID “funded gain-of-function research at the WIV and this research did not go through the proper oversight.”

Their letter concludes, “We therefore ask you again to please clarify what you meant when you said twice⎯under oath⎯'[t]he NIH has not ever and does not now fund gain-of-function research in the [WIV].'”

Jordan and Comer request that Fauci and Andersen contact them to discuss the issues.

Fauci has denied that the NIH funded gain-of-function research at the Wuhan lab several times, most recently this month where he implied that Sen. Rand Paul (R-Ky.) was lying during a Senate Health Committee.

Sen. Johnson demands answers from Fauci about US funding of Wuhan lab research: ‘What were we doing cooperating with China?’