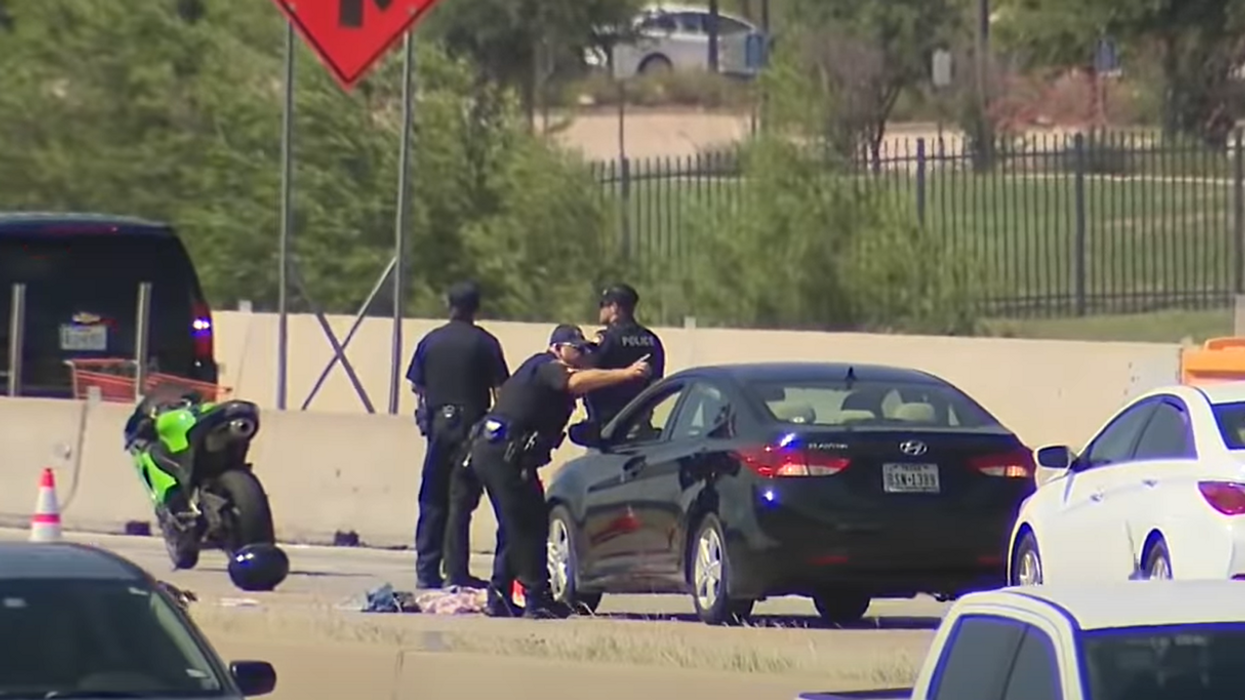 A teen was fatally shot during a road rage shooting in Texas, where an armed motorcyclist allegedly threatened another driver, who also had a gun.

On June 25, JaDerek Gray was driving his motorcycle on I-35 in Fort Worth. The motorcyclist was driving in between the lanes of the highway, an illegal maneuver known as “lane-splitting.” An SUV driver changed lanes, but didn’t see the motorcycle. Gray swerved to avoid a collision.

Witnesses said Gray sped up to pass several cars ahead of him and then parked his motorcycle in the middle of the freeway, blocking the northbound traffic. Gray then reportedly walked toward the SUV and pointed his handgun at the driver.

The SUV driver allegedly told the gun-toting Gray to put down the firearm, adding that there were children in his vehicle. Gray purportedly kept advancing toward the SUV with his gun drawn. That’s when the SUV driver used his own gun to shoot Gray several times.

“There is no doubt that he parked his bike and got off it and went up and approached the other vehicle. Now who started it? I don’t know. Who flashed the gun first? I don’t know. But ultimately it had tragic outcome that could’ve been avoided,” witness Isel Valenzuela said.

“Man and just a few seconds later I heard gunshots,” Valenzuela said. “Everybody slammed on their brakes and I was only about three cars behind where it happened.”

Valenzuela had a trauma kit in his car and rushed to treat Gray’s gunshot wounds.

“I look over and I see him laying there,” Valenzuela said of the teen. “With blood all on his chest and his stomach.”

Valenzuela remembered, “The guy was in pain. Saying, ‘Oh it hurts. I need to breathe.'”

Police and paramedics arrived about three minutes after the deadly shooting.

Gray was flown to a nearby hospital, where he died. The medical examiner’s office said he died of multiple gunshot wounds.

Authorities said that the SUV driver was the first person to call 911 following the shooting. The SUV driver is cooperating with the police investigation, and has not been arrested.

Valenzuela said, “It definitely puts a different perspective on road rage once you witness something so traumatic like that.”