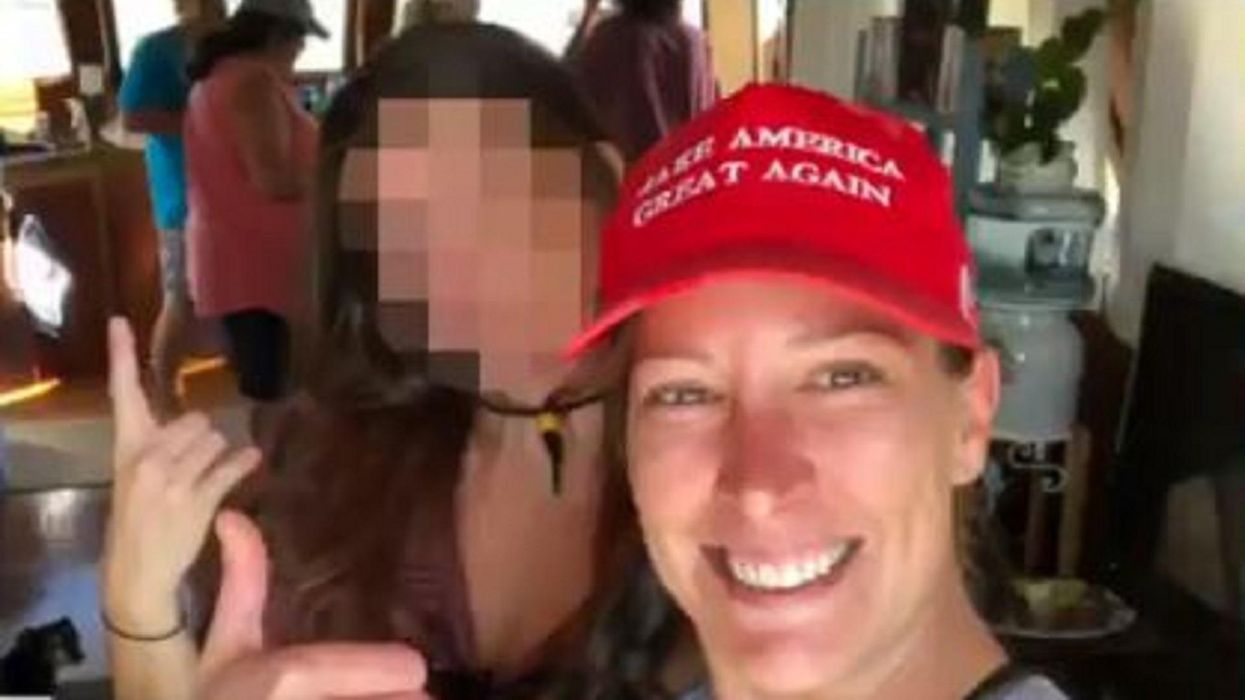 A woman was fatally shot Wednesday inside the U.S. Capitol building when a group of Trump supporters stormed the building following a rally protesting the outcome of the 2020 presidential election won by President-elect Joe Biden.

Graphic videos circulated on the internet showing the woman when she was struck along with the chaos of the scene, and now her identity has been revealed.

Ashli Babbit is the name of the victim.
KUSI-TV reported that “she was a 14 year veteran, she served four tours with the U.S. Air Force, and was a high level security officer throughout her time in service.”

Babbit’s husband spoke with the outlet, who relayed that his wife was “a strong supporter of President Trump and was a great patriot to all who knew her.”

WTTG-TV reporter Lindsay Watts also confirmed Babbit’s identity by speaking with her family. Watts tweeted out a photo of the veteran, saying Babbit “owned a business with her husband” who “did not come to DC” with her.

Babbit’s mother-in-law told Watts, “I really don’t know why she decided to do this.”

Authorities are still investigating the incident and have not released the details surrounding Babbit’s death, including who shot the victim or if anyone has been arrested.

Videos of the shooting viewed by TheBlaze are too graphic to publish, but continue to circulate social media. Fox News host Tucker Carlson took the same stance in his commentary over the incident.

I encourage you all to watch this Tucker Carlson monologue about what happened in DC tonight. https://t.co/6sGHLOFcrA

During the siege of the Capitol, protesters stormed the Senate chambers. Video footage of the shooting appears to show Babbit outside the doors of the House chamber, and shows her attempting to climb through a window into the chamber when a shot is heard and she drops to the ground.

She died later at a local hospital.