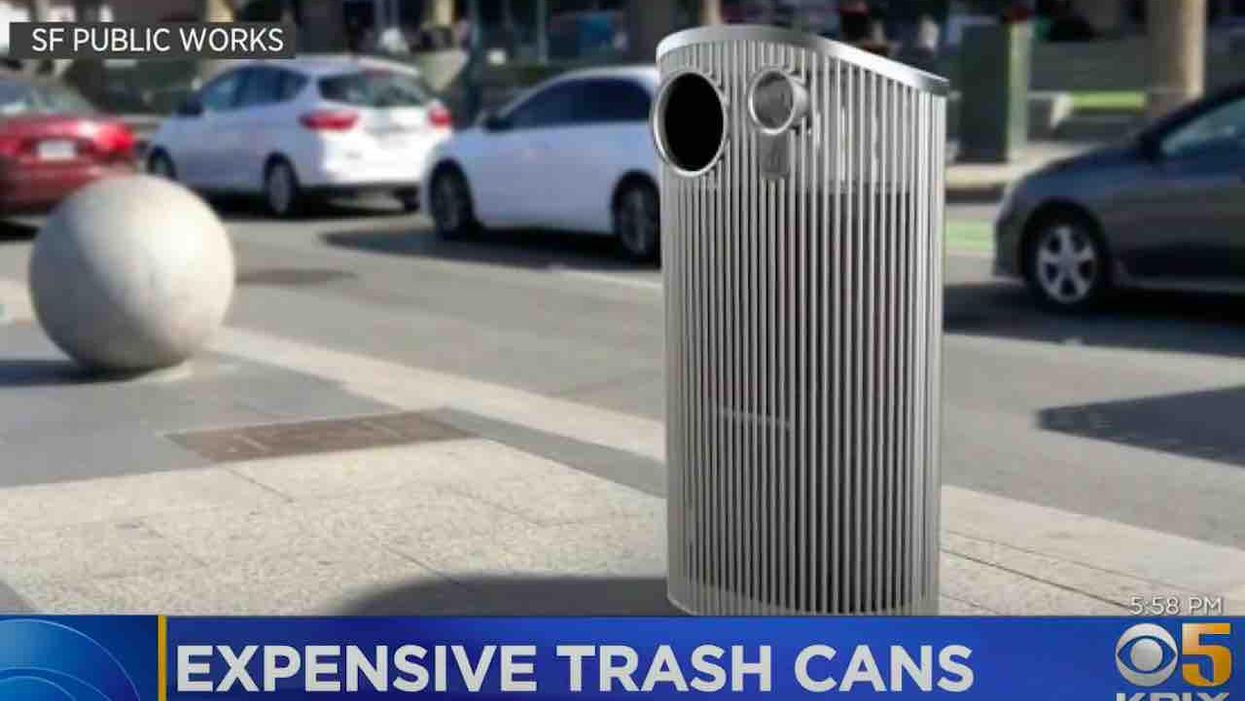 And let’s not forget a major health issue: Feces and garbage filling its once-fabled streets as homelessness and drugs run rampant.

Sure, the poop problem may not be quite as bad this year as in the past — after all, 13,856 reports of human or animal waste between Jan. 1 and July 12 is certainly less than the 16,547 reports of feces over the same period last year.

But perhaps a solution is at hand: the city’s Department of Public Works wants to replace 3,000 green trash cans with bigger and better-looking ones, KPIX-TV reported – the station even used “designer” to describe their model names. 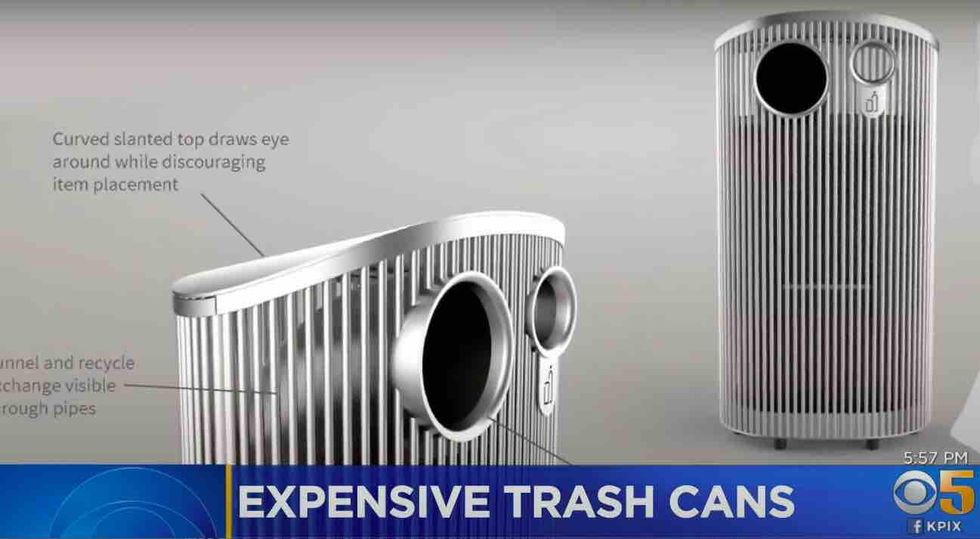 And the price tag for the prototypes? They’ll cost taxpayers about $20,000 per can, the station said. 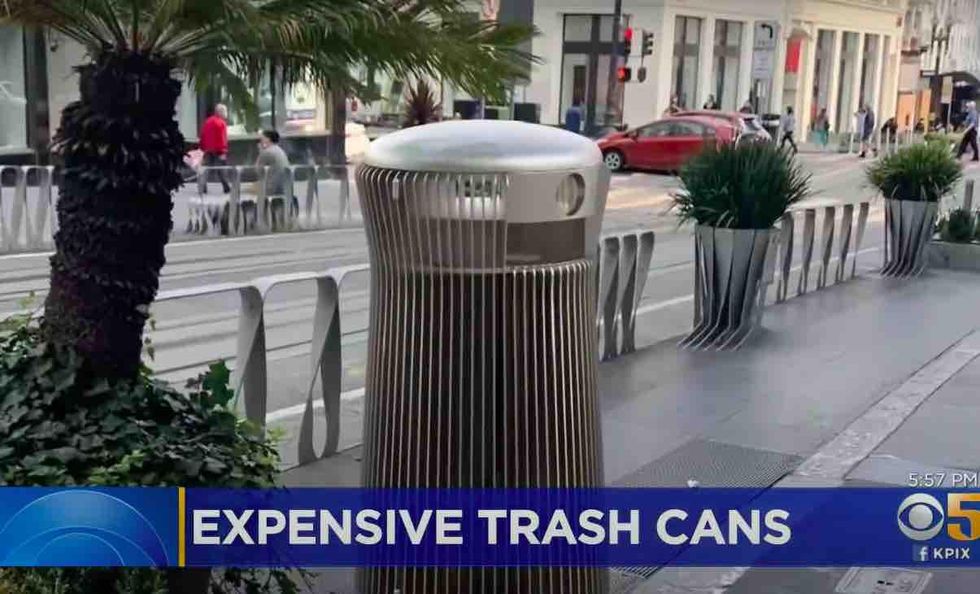 But one city resident told the station the plan is “insane.”

Matt Haney of the San Francisco Board of Supervisors agrees: “$20,000 a can is ridiculous,” he told KPIX.

The station said the “costly cans even have designer names like the ‘Salt and Pepper,’ ‘Slim Silhouette,’ and the ‘Soft Square,’ which all feature roll-out liners or toters that can be mechanically lifted instead of manually taken out.” 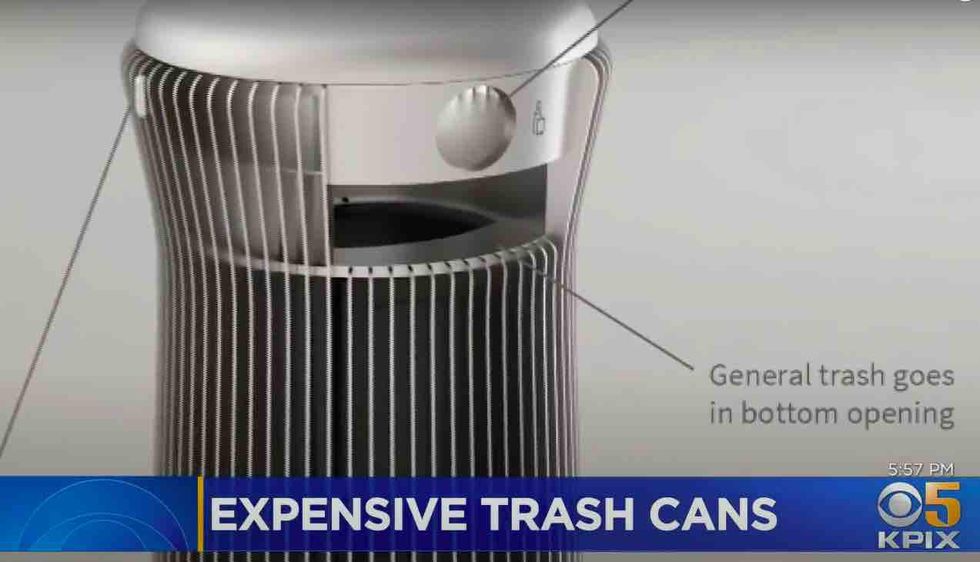 “Why are we still doing this rather than putting out a bunch of different cans that are already produced, that are much cheaper?’ he asked KPIX.

The Department of Public Works installed 3,000 of the green cans in the 1990s. Even they admit the $20,000 price tag is expensive for a prototype but promise the cost will go down once it’s mass-produced.

“I want us to be, frankly, the model for other cities,” public works acting Director Alaric Degrafinried told KPIX. “Portland, New York, Sydney, wherever it is across the world, to take our cans or to try and model their cans after ours.” 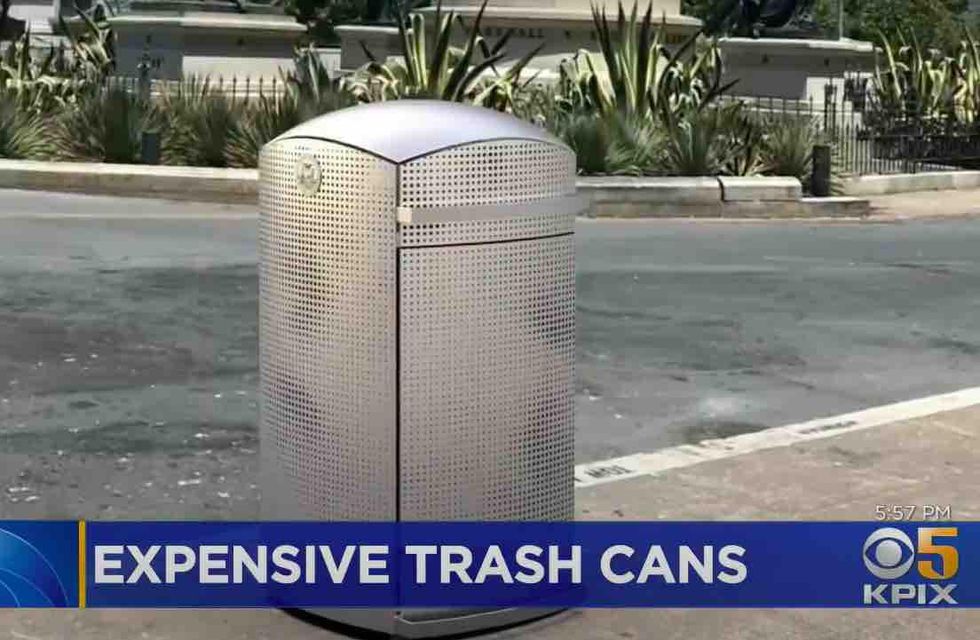 The station said the plan is to test three models this fall then choose the final trash can possibly early next year and get a final cost. Public words told KPIX the final cost per can would be about $4,000 each once they’re mass-produced.

But the current green trash cans cost just north of $1,200 each, the station said. However, another resident told KPIX that people using the current trash cans are the problem, noting that “they go looking for drugs. They go looking for things to recycle. In the neighborhood I live in, they bust them open, pull things out. Sometimes they get too full.”