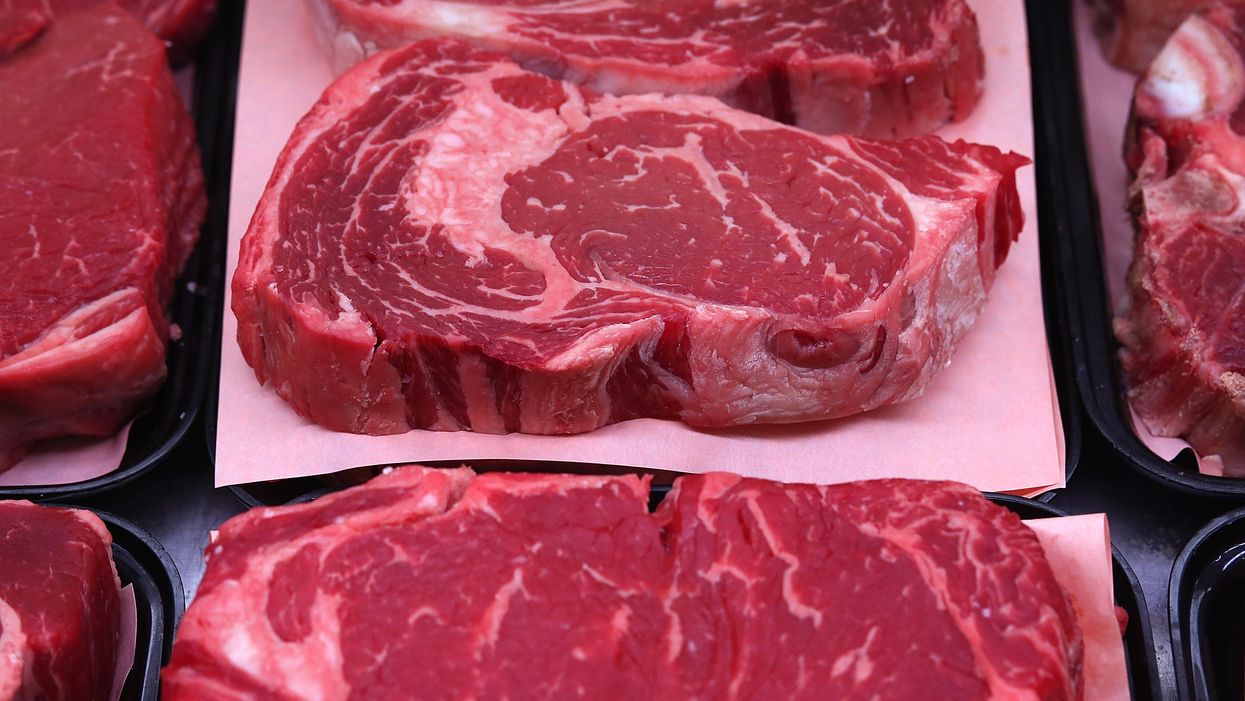 The Ouroboros Steak — named after the ancient alchemic symbol of a snake eating its own tail — has been nominated by a prolific museum as its design of the year.

The Ouroboros Steak isn’t just any steak: It’s a steak made from the acquisition of human cells and expired donated blood.

According to its webpage, London-based Design Museum nominated the “steak” for its Design of the Year award.

Dezeen magazine reported, “Ouroboros Steak could be grown by the diner at home using their own cells, which are harvested from the inside of their cheek and fed serum derived from expired, donated blood. The resulting bite-sized pieces of meat, currently on display as prototypes at the Beazley Designs of the Year exhibition.”

According to Fox News, the human steak was created by scientist Andrew Pelling, artist Orkan Telhan, and artist Grace Knight on commission by the Philadelphia Museum of Art for a 2019 exhibit.

The Ouroboros Steak designers told Dezeen that the exhibit was created in critical response to the lab-grown meat industry.

Fox News pointed out that the industry is reliant on fetal bovine serum, which is made from the blood of calf fetuses.

“As the lab-grown meat industry is developing rapidly, it is important to develop designs that expose some of its underlying constraints in order to see beyond the hype,” Pelling told Dezeen.

“Cooking is all about people. Food is maybe the only universal thing that really has the power to bring everyone to… https://t.co/zYw87TxR0k

The steak would take about three months to “grow” from cells taken from inside a human’s cheek, according to Dezeen. For its museum display, the Ouroboros Steak team used human cell cultures and grew them with expired donated blood.

“Expired human blood is a waste material in the medical system and is cheaper and more sustainable than FBS, but culturally less-accepted,” Knight told the magazine.

Its makers also say that the grow-your-own human steaks kit is not “technically” cannibalism.

“People think that eating oneself is cannibalism, which technically this is not,” Knight told Dezeen.

Telhan added, “We are not promoting ‘eating ourselves’ as a realistic solution that will fix humans’ protein needs. We rather ask a question: what would be the sacrifices we need to make to be able to keep consuming meat at the pace that we are? In the future, who will be able to afford animal meat and who may have no other option than culturing meat from themselves?”

Fox News pointed out that the website for the imagined product reads, “Growing yourself ensures that you and your loved ones always know the origin of your food, how it has been raised, and that its cells were acquired ethically and consensually.”

At the time of this reporting, lab-grown meats of any kind are not yet licensed for human consumption.

Deals February 26, 2021
0
Costco Wholesale has select *Chest Freezers* (various sizes) on sale listed below *from $169.99* valid for Costco Members only. *Delivery is free* (hookup/installation is...