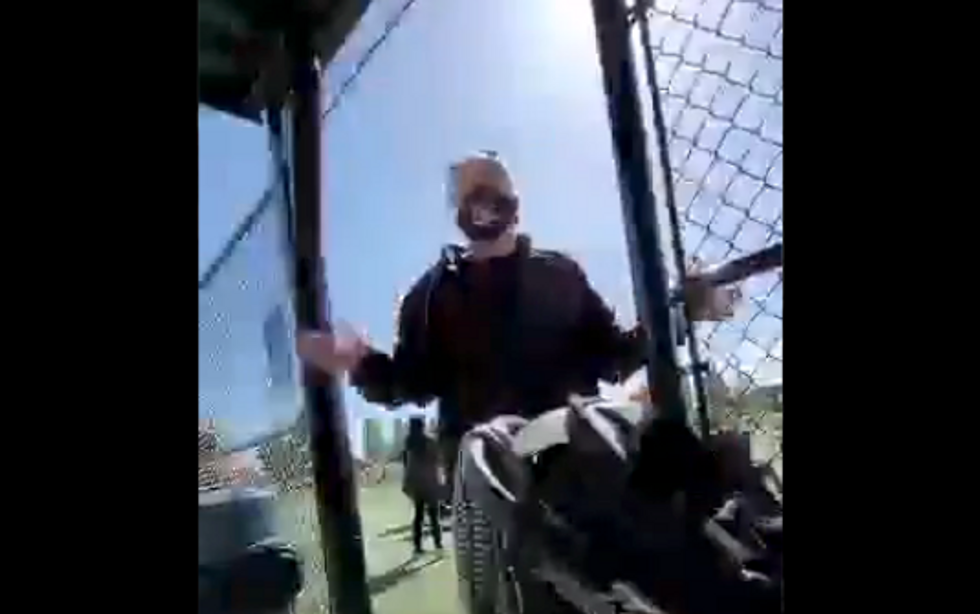 The president of a Seattle-area children’s soccer league reportedly harassed and called the police on parents who refused to wear masks outdoors while watching their kids play,
the Post Millennial reported Wednesday.

According to the news outlet, the family was stopped upon arrival at the park in King County and told by West Seattle Soccer Club League President Chip Goss that only one parent could enter with one child, despite other families reportedly entering the area together.

Goss eventually agreed to let the family enter the park on the condition that they watch the games from behind a nearby baseball diamond, away from the soccer field and other spectators.

The family agreed. But upon seeing other large family units present at the park — many of them not wearing masks — they decided to move a little closer to watch the games from inside the dugout of the baseball diamond, where no other families were present.

Goss apparently spotted the family sitting together and approached them. That’s when the exchange below ensued, resulting in Goss calling the police to intervene.

According to the parent who filmed the video, this soccer little league president called the police on him for not… https://t.co/QFRQ9Hg35L

During the exchange, Goss reportedly admitted that the party-size rules he was attempting to enforce were not being followed by others. At that point he pivoted to arguing that the family’s failure to wear masks was the issue.

Mask-wearing does not appear to be a requirement within King County Parks; rather, a post
on the county website states only that wearing a face covering is “strongly urge[d].” The league, on the other hand — reportedly in compliance with state and local ordinances — does state it requires spectators to wear “facial coverings at all times and remain socially distanced.”

That rule may be out of date, however, since King County is
currently in phase 3 of the state’s reopening plan, during which wearing masks outdoors is not mandated.

Nevertheless, Goss reportedly approached the family after the game and informed them that he had removed the two children from the league and was permanently banning them from future participation.

In conversation with the Post Millennial, the family recalled that the treatment made them feel “devalued” and “not human.”

“We were treated like criminals for wanting to watch our daughter play soccer, and the rules weren’t even closely followed for ANYONE else,” the father added. “We were obviously discriminated against, and embarrassed as he was yelling at us and people were watching/looking over. Our children are devastated that after waiting to play for 18 months, my one son got 3 games, and my daughter got 2, and now we are kicked out of the community permanently.”

The league issued a statement to the news outlet, saying, “West Seattle Soccer Club prioritizes the health and safety of its members, including following Covid 19 protocols of Washington state, King County, and Washington Youth Soccer. Persons who repeatedly refuse to comply with these rules when asked and otherwise violate their agreed code of conduct forfeit the privilege to participate in our programs.”