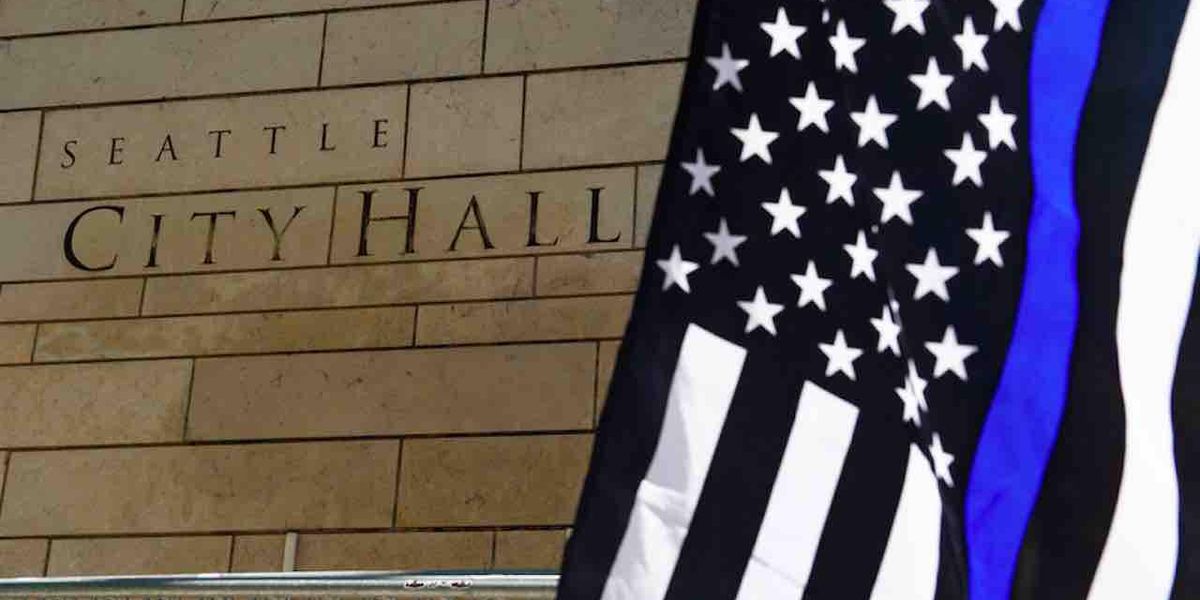 In the wake of a report that Seattle police officers were refused service at a chocolate shop in town — reportedly carried out by a white female with green streaks in her hair — the establishment at the center of the controversy issued a statement.

But it appears to have fallen way short of many observers’ expectations.

What did Chocolati have to say?

“As a local small business, Chocolati welcomes all members of our community,” the shop’s Facebook statement begins.

“We have recently become aware of an incident that occurred with a team member and an officer of the Seattle Police Department who was refused service. Although we do respect this team member’s freedom of speech, the actions in this instance do not represent our views as a company,” the statement continues.

Chocolati then reveals what it’s doing next — but apparently firing the employee who gave the shop a ton of unwanted attention isn’t in the cards. “We are actively working directly with this team member and the local precinct to create a more inviting, inclusive and cohesive community for all,” the statement said.

The statement ends with the following: “Discrimination is not a practice that we believe will heal the divide within our city, and we are committed to being a safe and welcoming place for every one of our neighbors.”

It’s also worth noting that the phrases “we’re sorry” or “we apologize” are nowhere to be found in the statement.

How did folks react?

The Facebook statement elicited a ton of comments — about 1,300 as of Thursday afternoon — and a cursory read indicates they are overwhelming negative toward Chocolati:

Sources in the department with knowledge of the event told the Post Millennial that an officer and a trainee entered Chocolati on North 45th Street in the Wallingford neighborhood around 4:30 p.m. Tuesday.

When the employee behind the register finished serving the customer ahead of them, the officer walked up to the register to order, the outlet said, citing its sources. But the employee — a white female with green streaks in her hair — ignored the officer, the Post Millennial said.

When the officer got her attention, he asked for a box of chocolates — but the employee replied, “No, I won’t serve you,” the outlet reported, after which the officer and trainee left.

The Post Millennial said it contacted Chocolati for comment, and a store employee answered the phone. But when the employee was told about the purpose of the call, the outlet said the employee asked, “Is this how you want to spend your time? Getting essential workers in trouble? Shouldn’t you be spending your time harassing homeless people?”

With that, the Post Millennial said it suggested leaving a number for the owner or manager, but the employee responded, “You really want to spend your time getting essential workers in trouble?”

The Post Millennial published a follow-up story Thursday recounting another — and much nastier — instance of hostility toward police at a different Chocolati.

A Seattle police officer with the North Precinct told the outlet that on Valentine’s Day the officer ordered a beverage at the store on East Green Lake Drive North. But the employee who handed the officer the beverage said, “Say hello to Anderson and McNew,” the Post Millennial reported.

Seattle police Officers Jason Anderson and Steven McNew were involved in the fatal shooting of Charleena Lyles in 2017. Lyles pulled a knife on officers after they arrived at her residence following her report of a burglary, and it was reported that she was suffering an apparent mental health crisis. Negligence claims against the officers were dismissed in 2019.

The Post Millennial said that the upon hearing the “Anderson and McNew” reference, the officer was concerned the beverage may have been tampered with. So the officer asked that the drink be remade, the outlet said.

With that, multiple employees became hostile toward the officer, the Post Millennial said, although the request was granted. However, one employee grabbed the returned beverage and drank it while “making deep eye-contact with the officer,” the outlet noted.

What did Chocolati have to say for itself?

The outlet said it attempted Wednesday to call Chocolati for a statement from the manager or owner — but the shop’s phones were disabled at all four store locations.