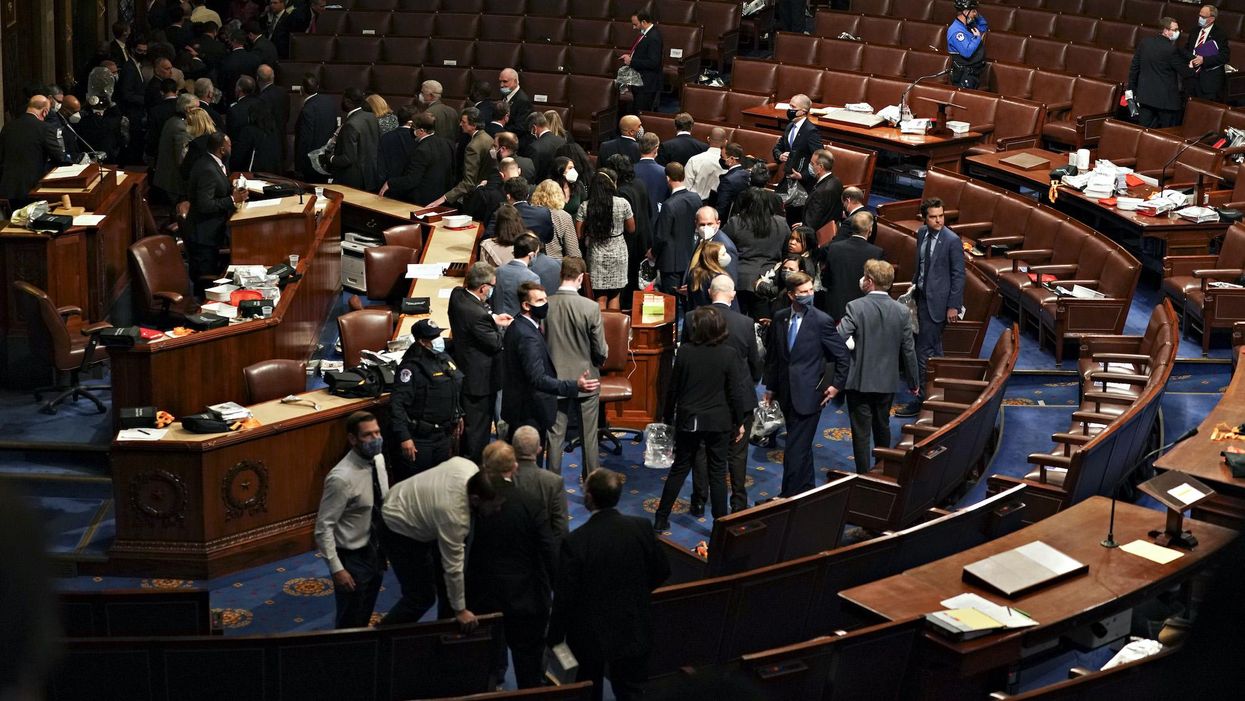 Congress voted to reject a challenge to electoral results in Arizona in defiance of the chaos from the rioting by pro-Trump protesters who were trying to stop the vote that would secure Joe Biden as the 46th president of the United States.

The debate over the slate of electors from Arizona was interrupted when Trump supporters stormed Congress and overran several buildings. Lawmakers were taken to secure areas while law enforcement officials tried to regain control.

House Speaker Nancy Pelosi (D-Calif.) later excoriated the rioters and announced that she had consulted with Vice President Mike Pence, among others, to reconvene Congress and proceed with the vote.

Law enforcement officials, including the Capitol Police and the FBI, cleared out the Capitol building and lawmakers filed back in to continue their debate over the results of the presidential election.

Senate Minority Leader Chuck Schumer (D-N.Y.) used his time to blame the president for the rioting.

“This mob was in good part President Trump’s doing,” Schumer said. “Incited by his words, his lies. This violence, in good part, his responsibility, his everlasting shame.”

Sen. Lindsey Graham (R-S.C.) refuted some of the claims of election fraud in his speech and ended by declaring that he fully endorsed Biden’s victory despite being against it personally.

“Trump and I, we’ve had a hell of a journey. I hate it to end this way,” Graham said. “Count me out, enough is enough.”

The Senate took a vote on the debate over Arizona’s 11 electors about 10:15 p.m. ET, and 93 voted to accept them while only six Republican senators voted to reject the votes.

Congress continued with the certification in a roll call of states, but was expected to debate the electors from Pennsylvania. Eventually, lawmakers are expected to vote on whether to certify the results of the election and confirm Biden’s victory.

Here’s more about the vote on Arizona’s electors: