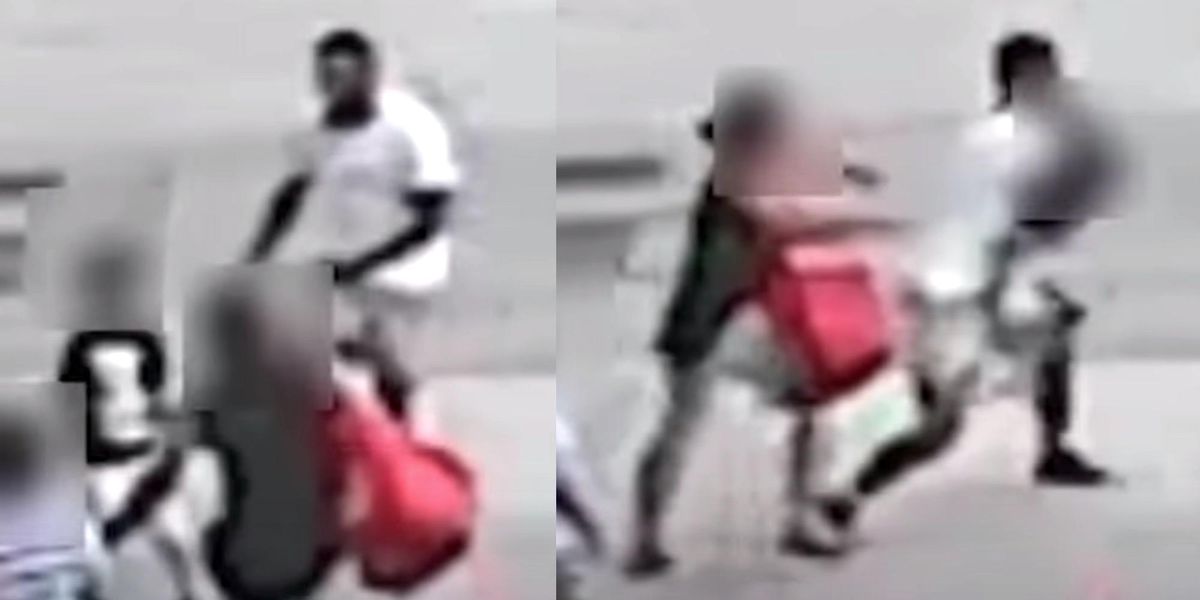 Surveillance video caught a mother’s struggle to save her 5-year-old boy from a brazen kidnapping attempt by two men about 8 p.m. Thursday in the Queens borough of New York City.

The shocking video shows the boy, named Jacob, walking along the sidewalk in front of his mother and her other children when a car drives up and a man runs over to grab him. The mother and kids immediately rush to save the boy as the man throws him into the car.

Dolores Diaz told WCBS-TV that she tried to open the car door but that it was locked.

The video shows the mom reach into the car and grab the boy out of it through the window.

Diaz said bystanders came to aid her and they chased the car as it drove away.

The mom said that the boy was unhurt, and he is home safe watching cartoons.

The NYPD is looking for two suspects and the car they drove, which was described as an older model maroon four-door sedan. One of the suspects might have been identified by a nearby shop owner who said they had seen him at his store before the incident.

People in the neighborhood told WCBS they were shocked by the incident.

“It’s a pretty safe neighborhood. I see kids on my block all the time. I’ve never seen anything like that happen before,” said Orlando Reyes.

FBI statistics say that every year about 350 people under the age of 18 are kidnapped in the United States. The vast majority of juveniles reported missing to the FBI are classified as runaways, with only about 0.1% being kidnapping by a stranger.

Here’s the video of the shocking incident: