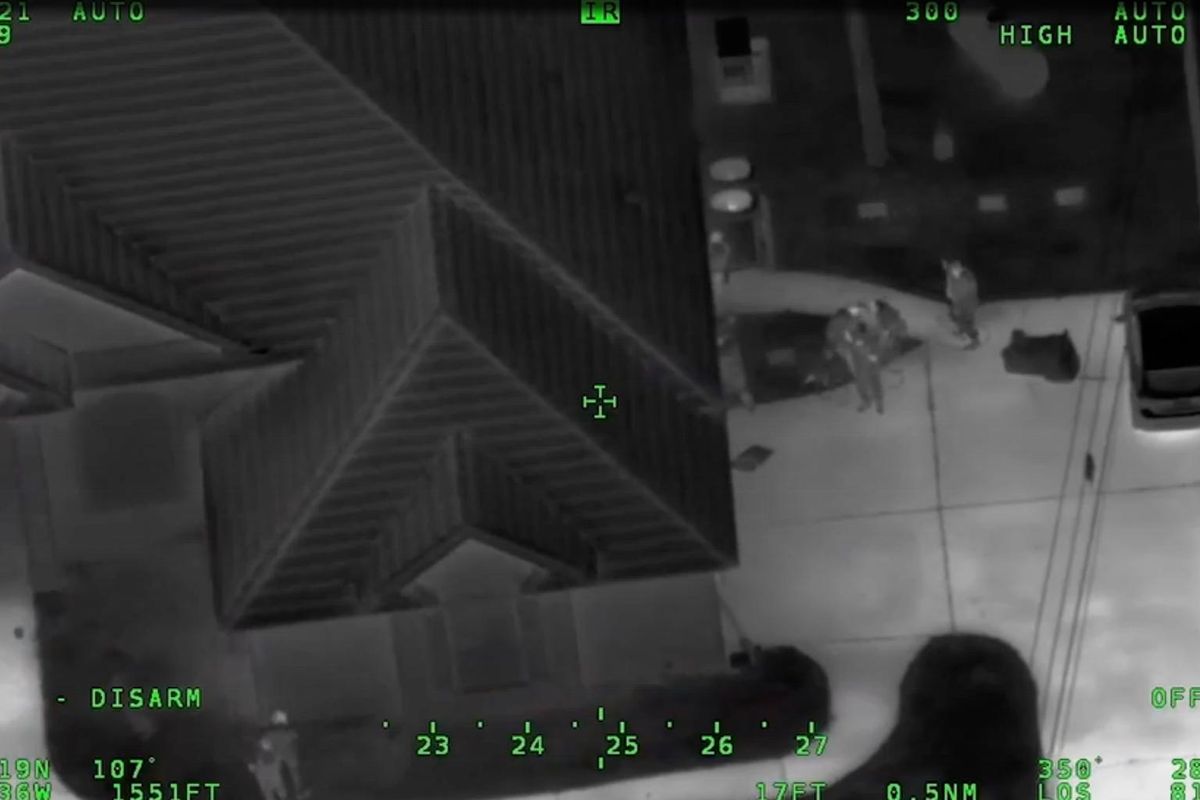 Police body cam footage captured the moment two Florida children fired on police officers with an AK-47 and other weapons during a chilling standoff.

Authorities arrested two minors, ages 14 and 12, on Tuesday after the two reportedly ran away from the Florida United Methodist Children’s Home earlier in the day.

The two were said to have broken into a neighborhood home, where they discovered a cache of weaponry and ammunition, including an AK-47.

When police arrived on the scene, both children allegedly began to fire on responding officers.

After a lengthy standoff, deputies were forced to fire on the 14-year-old after she reportedly exited the home with a shotgun.

“Our deputies did everything they could tonight to de-escalate and they almost lost their lives to a 12-year-old and a 14-year-old,” he added. “Where have we gone wrong that 12-year-old and 14-year-old think it’s OK to take on law enforcement? What the hell is the Department of Juvenile Justice doing sending these kids to places that can’t handle them?”

You can read more details on the disturbing incident here.

As highlighted by the KRON-TV, newly released body cam footage showed the moment when a deputy fired on the 14-year-old girl after she and the 12-year-old reportedly engaged in a standoff.

A sheriff’s deputy can be heard telling a dispatcher, “Female has a shotgun in her hand, stand by.”

“They’re shooting at me!” the deputy adds. “Hold the air — I’m Code 4. She’s re-racking a round inside the shotgun.”

The deputy continues, “She’s racked a round in the shotgun. The window is busted on the patio side. If she comes out, she’s going to have the shotgun.”

True to the deputy’s prediction, the 14-year-old suspect then leaves the garage with the shotgun, forcing deputies to fire on her.

The teen then cries out in pain as a deputy says, “I think the female’s down. Call in the units. Female’s on the ground behind the car.”

The video also shows the 12-year-old surrendering himself to police.

The 14-year-old was taken to a nearby hospital for treatment for life-threatening injuries. She was listed in stable condition as of Thursday, according to the outlet.

The two were arrested and charged with armed burglary and attempted murder of law enforcement officers in connection with the crime.