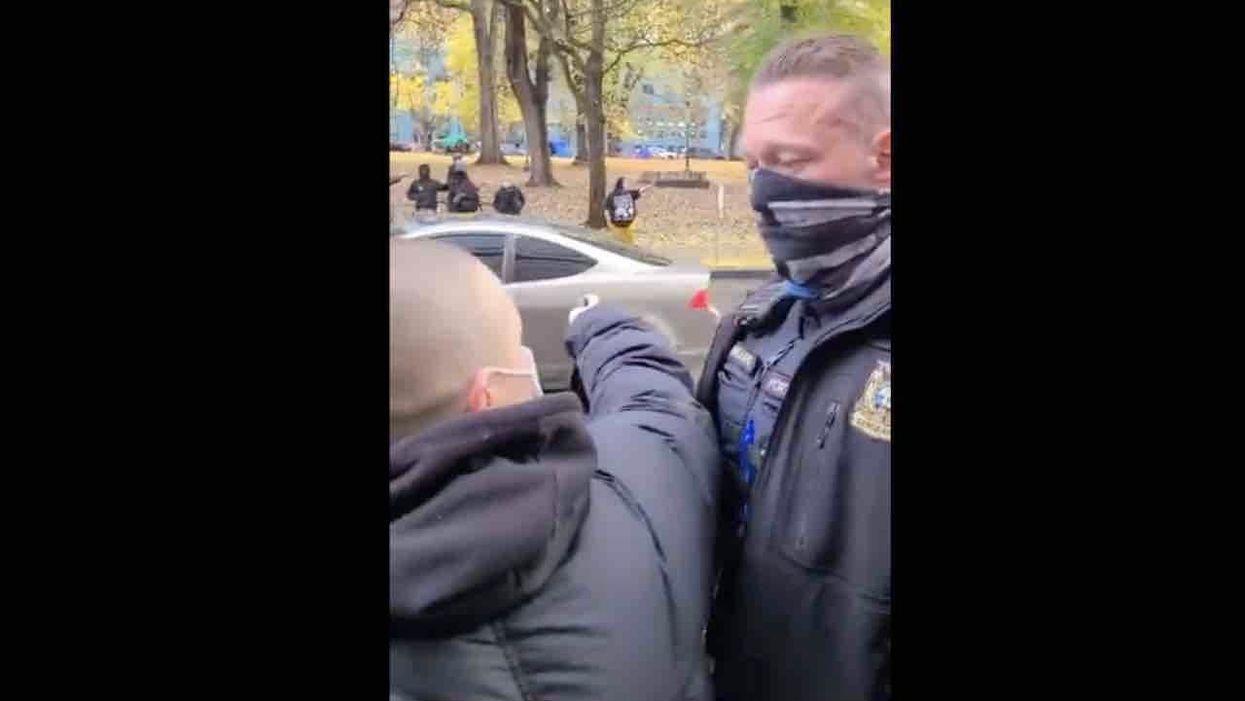 There were some nasty scenes going down Thursday on the streets of Portland, Oregon, as Black Lives Matter militants faced off with supporters of police — and officers trying to keep the peace as well.

Holding her arm outward and touching the cop’s chest, the white BLM militant gets furious at the officer: “Step the f*** back, ugly! S**t! You can’t run up on people like that!” Then as he engages in the friendly chat, the militant shouts, “Shut the f*** up, bitch!”

After the militant turns and walks away, she shoves the arm of a black man recording the proceedings on cellphone — and he’s justifiably annoyed that she apparently can get away with such an act while he insists he’d be charged with a crime if he did the same thing.

More to the story

As it turns out, a longer video that precedes the latter outburst shows the white BLM militant with an angry, tearful black woman who complains to police that she was called the N-word and that such an act is a “hate crime.” 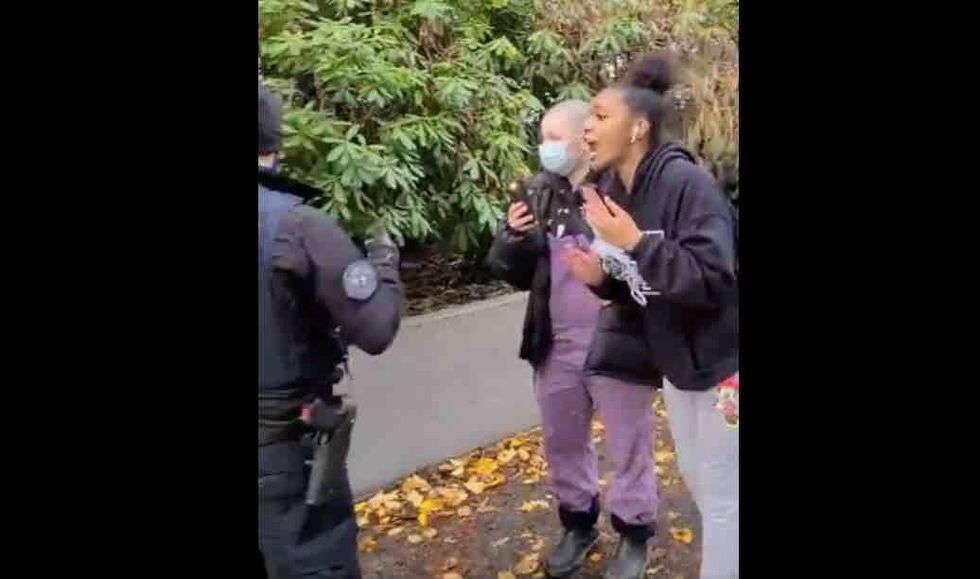 Things heat up considerably when the officer — who gets the face-full of abuse from the white BLM militant in the latter video — informs the black woman that being called the N-word is not a crime.

“It should be, though!” the black woman yells back. 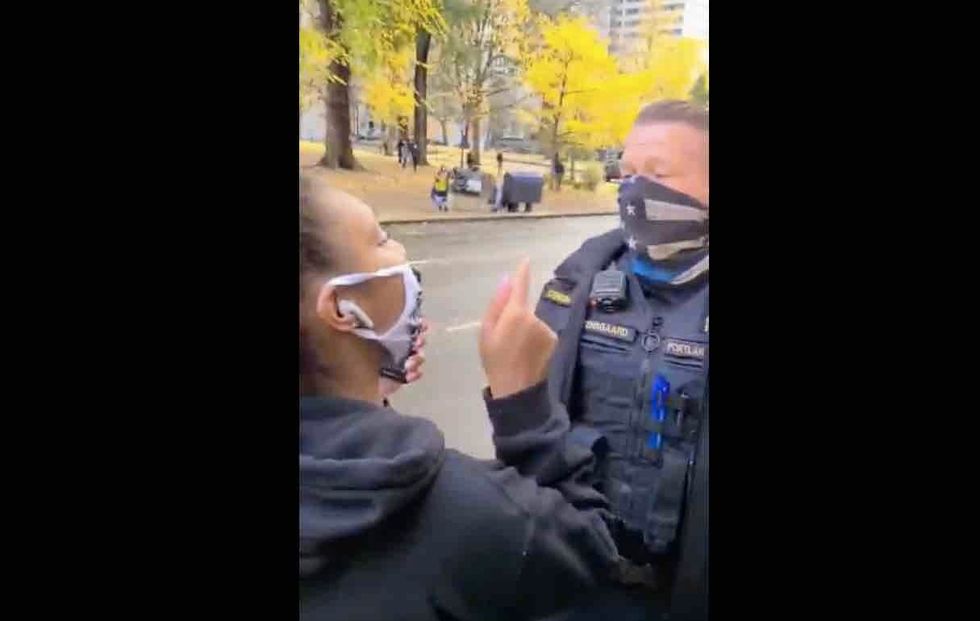 As the officer and the black woman continue to interact, the white BLM militant tells the cop, “Shut the f*** up! You’re speaking beyond your limits, bro!” The cop ignores the slight and encourages both of them to go home.

As the black woman and the officer move closer to each other’s faces, the white BLM militant repeatedly says, “Stop walking up on her, sir!” and tells other cops, “Hey! Get your man off of her! He is touching her!”

#Portland #PDX
*language warning*
Several are being cited by @PortlandPolice for failure to disperse.

How it all started

There’s also video of what led to the latter interactions with police.

The starting point — as noted previously — was showdowns between Black Lives Matter militants and supporters of police, referred to as Back the Blue.

With that, the white woman gets furious about being called a “cracker” and yells back at the black woman using the N-word before walking away. The crowd reacts strongly to the N-word utterance.

Prisoner threatens to ‘beat the s**t out of a peace officer’ — believe it or not to game the system and benefit from policies...