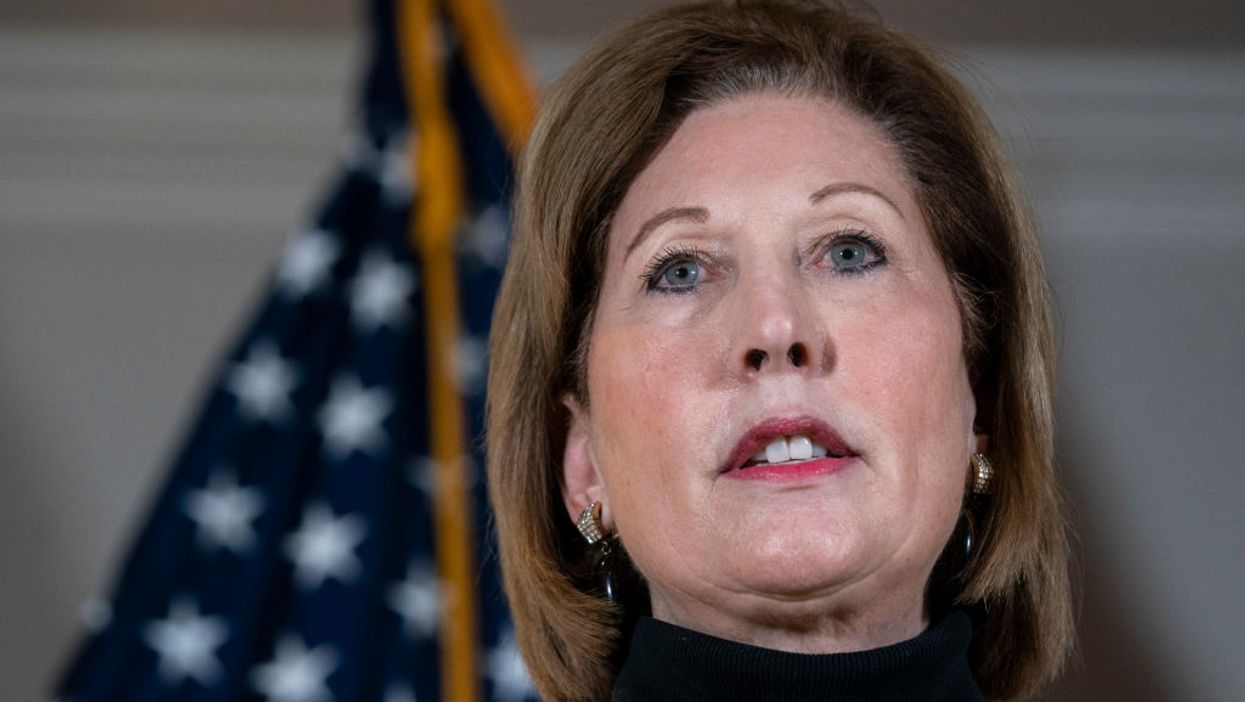 Attorney Sidney Powell announced Friday that the Donald Trump campaign legal team will possibly begin making public evidence from affidavits supporting their claims of a “national conspiracy” of voter fraud in the 2020 presidential election as soon as this weekend.

Speaking to BlazeTV host Glenn Beck on the radio, Powell told Beck documents backing up allegations she made against voting system companies Smartmatic and Dominion in a press conference Thursday will be published online soon.

“We will start putting documents online and sending them to people like you, as soon as we possibly can,” Powell said. “I would hope that we could start that by this weekend.”

She described the volume of evidence her team has received as a “tsunami,” though so far Trump’s lawyers have held back most of what they claim to have.

“We’ve unearthed a global, criminal conspiracy that is just mind-blowing. And we’ve only scratched a tip of the iceberg,” Powell asserted.

On Thursday, Powell and the other members of President Donald Trump’s legal team alleged that communist Venezuela and George Soros interfered in the U.S. election through weaknesses in Dominion Voting Systems software. Trump’s lawyers claim to be in possession of an affidavit from “one very strong witness” who will testify that technological insecurities in Dominion’s voting machines made it possible for votes cast for Trump to be switched to former vice president Joe Biden.

This witness, Powell told Beck, “was sitting at [Venezuelan communist dictator] Hugo Chavez’s right hand” and personally saw how Dominion’s voting machines were manipulated to change the results of elections in the communist nation.

“Dominion has no company ownership relationships with the Pelosi family, Feinstein family, Clinton Global Initiative, Smartmatic, Scytl, or any ties to Venezuela,” the company said in a statement on its website. “Dominion works with all U.S. political parties; our customer base and our government outreach practices reflect this nonpartisan approach.”

The campaign legal team, led by Trump’s personal attorney Rudy Giuliani, also said Thursday they have enough evidence to disqualify more than double the number of votes needed to overturn the election.

Powell told Beck Trump’s lawyers have spoken to “probably over 500 or maybe even 1,000 witnesses by now.”

“I don’t even know what our affidavit count is,” she added. “Rudy has one set. And I have another. And then we share them with each other. So we haven’t even had time to read all the affidavits that our lawyers have collected.”

When Beck asked Powell where the Trump campaign will file its lawsuits and when they will be heard in court, Powell could not give a specific answer.

“We’re going to have to file several lawsuits,” Powell said. “It’s going to be in all the swing states. We’re still gathering massive amounts of evidence, to the point we haven’t even had time to process all of it.”

“It’s just a matter of tying it together in a way that’s digestible. And we’re in the process of doing that as we speak. And I’m hoping we get something filed by next week that starts outlining and proving the overall fraud.”