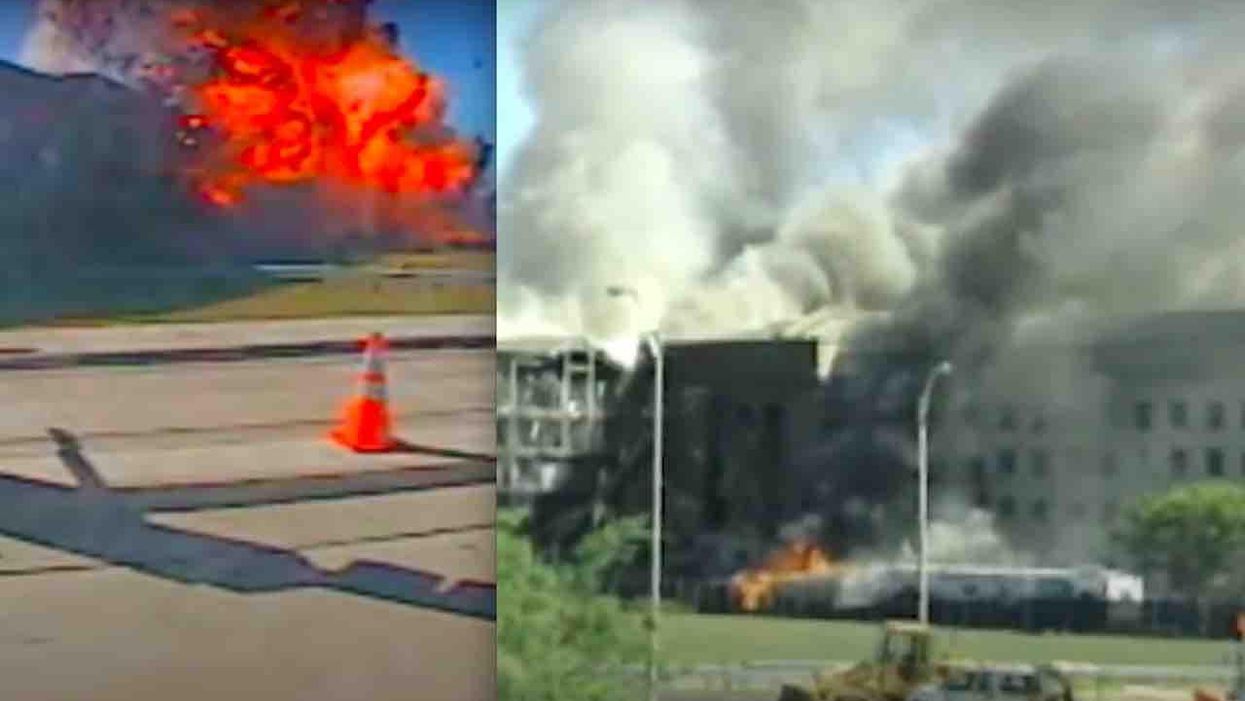 We know that supposed conservative writer George Will infamously declared that he wants to see the Jan. 6 Capitol riot “burned into the American mind as firmly as 9/11 because it was that scale of a shock to the system.”

We know that Huffington Post senior White House correspondent S.V. Dáte defended Will by saying the Jan. 6 Capitol riot was “1000 percent worse” than 9/11.

We know that Democratic lawmakers desperately want to slow-cook the Jan. 6 Capitol riot and investigate it as if it was on the scale of 9/11 — a desire that will have to fester a bit longer after the push failed to get off the ground in the U.S. Senate a few days ago.

But amid all of their politicizing, virtue-signaling short memories and short-sightedness, Debra Burlingame — sister of a pilot killed on 9/11 — splashed some cold water on leftist faces in a Wall Street Journal op-ed, telling them they’re out of their minds if they believe honest Americans buy their tall tale that the Jan. 6 riot was in the same universe as 9/11.

What did Burlingame have to say?

“The attempt to reconfigure the ‘domestic terrorist’ narrative to fit the horrifying story of Sept. 11 is profoundly disheartening,” Burlingame wrote. “These two events are fundamentally different in nature, scope, and consequences. Mentioning them in the same breath not only diminishes the horror of what happened on 9/11; it tells a false story to the generation of Americans who are too young to remember that day nearly 20 years ago.”

She explained that her brother, Charles “Chic” Burlingame, was the pilot of American Airlines flight 77 and “was murdered in his cockpit at age 51 in a 6½-minute struggle for control of the airplane” — and then gave some facts to the fact-deprived.

More from her op-ed:

Members of Congress might have had a frightening day on Jan. 6, but on 9/11 some 200 people in the World Trade Center towers chose to jump from 80 to 100 floors above the ground rather than be consumed by fire. A woman waiting at a lobby elevator bank was burned over 82% of her body when jet fuel from the first plane sent a ball of fire down the elevator shaft and into the lobby. She spent three months in a hospital burn unit and was permanently disfigured.

There are countless harrowing stories like this—of death, destruction and heartbreaking loss. More than 3,000 children lost parents. Eight young children were killed on the planes. Recovery personnel found 19,000 human remains scattered all over lower Manhattan from river to river, including on rooftops and window ledges. Victims’ remains were still being recovered years later by utility workers and construction crews. Some families received so many notifications of remains that they couldn’t take it any more and asked for them to stop. More than 1,100 families received nothing. Their loved ones went to work that morning and disappeared.

The attack brought down our nationwide aviation system, shut down the New York Stock Exchange for days, destroyed or rendered uninhabitable 16 acres of Lower Manhattan including underground subway and commuter train lines and destroyed a section of the Pentagon. Rebuilding at ground zero is still incomplete, and U.S. troops are still in Afghanistan.

Burlingame then delivered a knockout blow to the gaslighting left: “On Jan. 6, Congress resumed its session that evening.”

“It is deeply offensive and sad that the brutal and harrowing memories of the worst terrorist attack in American history are being deployed by political partisans,” she added. “They are using 9/11 not as an example of what the American people endured and overcame together, but explicitly to divide, to stoke hatred, and to further a political agenda aimed at stigmatizing the other party and marginalizing ordinary Americans from participating in the political process. That is the real threat to democracy.”

If that isn’t refreshing enough to digest, Burlingame offered that there have been “real terrorist attacks on the Capitol. But those must be forgotten because they came from the political left.” With that, she reminded us of the Weather Underground bombings of the Senate, Pentagon, and State Department in a four-year span in the early 1970s.

Here’s a quick look at the unforgettable images of the Pentagon after hijacked flight 77 slammed into its side on 9/11: