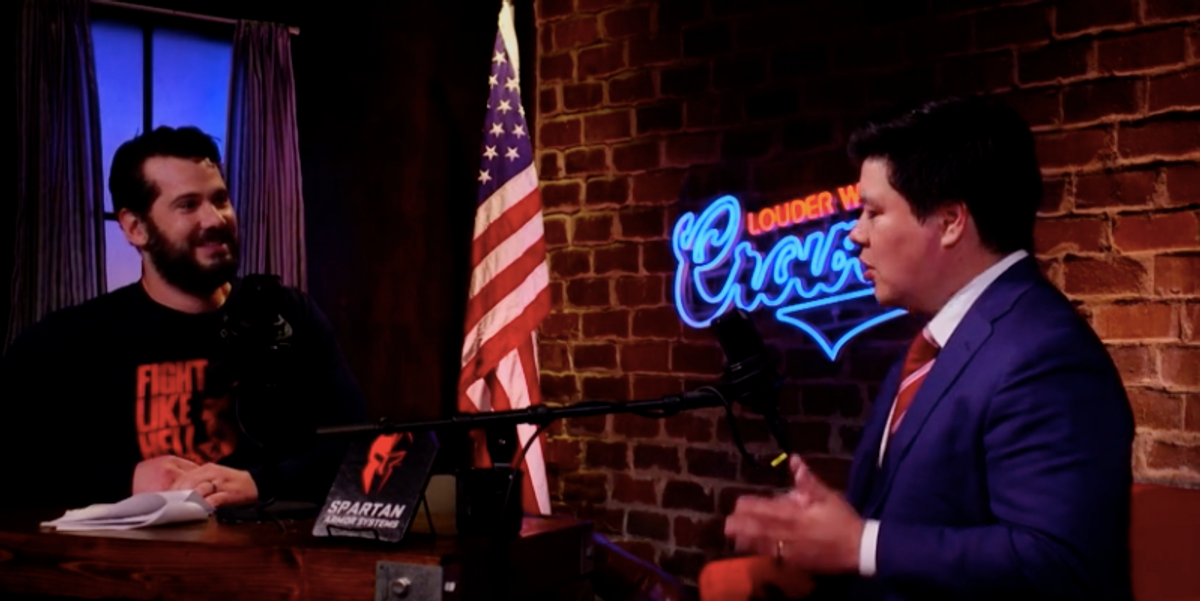 Steven Crowder and his lawyer Bill Richmond sat down on Monday’s episode of “Louder with Crowder” and explained the “reality of YouTube’s policy enforcement, and how it affects every person who loves the United States Constitution.”

Crowder’s YouTube channel received a second hard strike on the platform, which means the channel is at serious risk of being deplatformed. Crowder is fighting back because he and his lawyer agree the “Louder with Crowder” show did not violate YouTube’s policies and that YouTube does not enforce policy across its platform equally.

Fans can tune in to the show live Monday-Thursday at 10 a.m. ET on BlazeTV. Can’t watch? Download full episode podcasts here. New clips will be uploaded on Rumble.