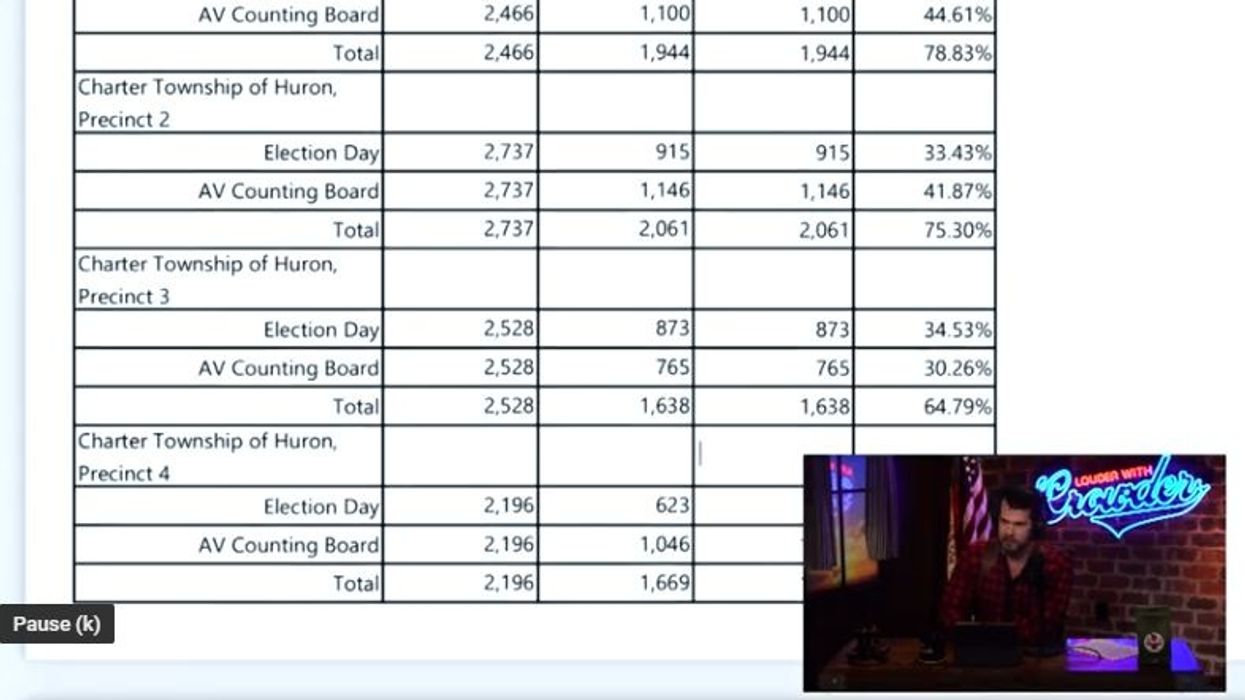 Steven Crowder presented election data pulled from Wayne County’s website to explain why some had he believed more than 150-thousand votes cast by anonymous voters were suspect.

In order to certify election results, votes are reconciled by verifying that the number of ballots cast in each precinct matches the number of registered voters in each precinct. This year, COVID-19 related health concerns prompted many voters to cast their votes by mail. With the high volume of mail-in votes cast, Wayne County election officials established vote counting centers where all mail-in ballots were tallied.

According to Crowder, mail-in ballots that were counted at vote counting centers rather than precinct polling stations were unable to be counted against the total number of registered voters.

Crowder said that Wayne County’s website showed thousands of mail-in votes were cast by non-registered voters. Therefore, Crowder believes that based on public records, it’s impossible to see the total number of ballots cast in each county precinct because those ballots were tallied in separate centers and not logged against the precinct’s voter registration.

“There is no way to know [accurate results] without knowing the total registered voters,” Crowder said.

Here’s Crowder with the breakdown.