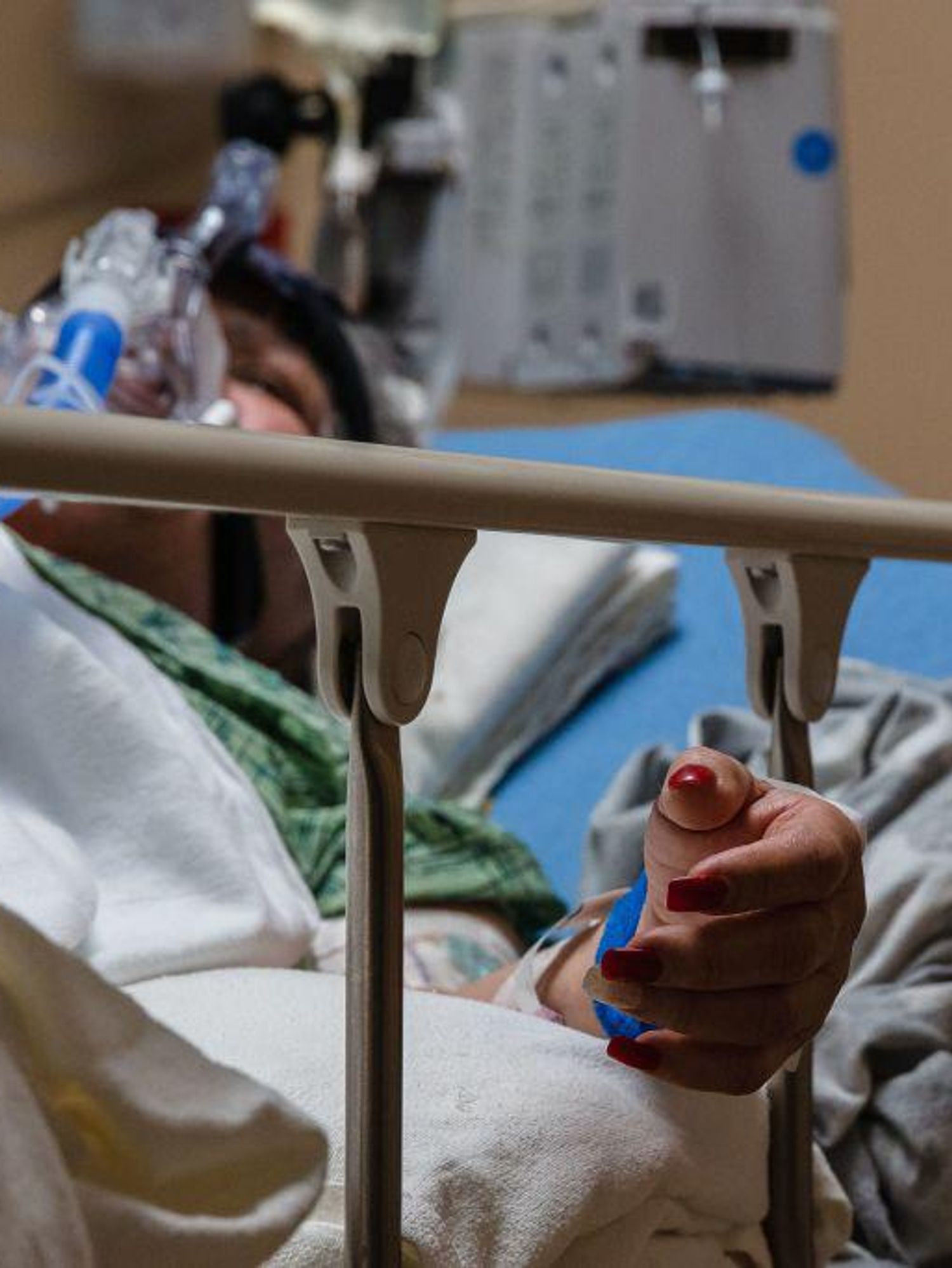 The reported number of children hospitalized with COVID-19 in California was “grossly inflated,” potentially leading policymakers and parents to believe kids were at higher risk from the virus than they actually are, according to two new studies.

“Hospital Pediatrics,” a journal of medicine for pediatric care, published two research papers Wednesday that found child hospitalizations for COVID-19 were over-counted by at least 40% in the state, and researchers believe it’s likely national numbers were similarly inflated. New York magazine reported commentary from Dr. Monica Gandhi, an infectious disease specialist at the University of California, San Francisco, and her colleague Amy Beck, an associate professor of pediatrics, that explained the studies’ findings.

“Taken together, these studies underscore the importance of clearly distinguishing between children hospitalized with SARS-CoV-2 found on universal testing versus those hospitalized for COVID-19 disease,” they wrote. The reported hospitalization rates “greatly overestimate the true burden of COVID-19 disease in children.” In an interview, Gandhi told New York magazine “there is no reason to think these findings would be exclusive to California. This sort of retrospective chart review will likely reveal the same findings across the country.”

In one study, conducted at a children’s hospital in Northern California, among the 117 pediatric SARS-CoV2-positive patients hospitalized between May 10, 2020, and February 10, 2021, the authors concluded that 53 of them (or 45 percent) “were unlikely to be caused by SARS-CoV-2.” The reasons for hospital admission for these “unlikely” patients included surgeries, cancer treatment, a psychiatric episode, urologic issues, and various infections such as cellulitis, among other diagnoses. The study also found that 46 (or 39.3 percent) of patients coded as SARS-CoV2 positive were asymptomatic. In other words, despite patients’ testing positive for the virus as part of the hospital’s universal screening, COVID-19 symptoms were absent, therefore it was not the reason for the hospitalization. Any instance where the link between a positive SARS-CoV2 test and cause of admission was uncertain the authors erred toward giving a “likely” categorization.

In the second study, at the fifth-largest children’s hospital in the country, out of 146 records listing patients as positive for SARS-CoV-2 from May 1, 2020, to September 30, 2020, the authors classified 58 (40 percent) as having “incidental” diagnosis, meaning there was no documentation of COVID-19 symptoms prior to hospitalization. Like the first study, and as has been typical around the nation, this hospital implemented universal testing of inpatients for SARS-CoV-2. An example of incidentally SARS-CoV-2-positive patients are those who came to the hospital because of fractures. Patients who may have had COVID-19 symptoms but who had a clearly documented alternative reason for them, such as a child with abdominal pain and fever found to be related to an abdominal abscess, were also deemed to have incidental diagnosis. The study categorized 68 patients, or 47 percent, as “potentially symptomatic,” which was defined as when “COVID-19 was not the primary reason for admission for these patients, and COVID-19 alone did not directly require hospitalization without the concomitant condition.” Examples of these patients were those with acute appendicitis, since that condition includes gastrointestinal symptoms that may also present in COVID-19.

There are two important implications of these findings. The first is that policies that disproportionally affect children, like school closures or the cancellation of youth sports or summer camps, were implemented after reports greatly overstated the risk of children being hospitalized from COVID-19.

“Children have suffered tremendously due to policies that have kept schools and recreational facilities closed to them, and the burden has been greatest on children who are low-income and English-language learners,” the researchers noted in their commentary. New York magazine pointed out “the hospitalization numbers for children were already extremely low relative to adults — at the pandemic’s peak this winter, it was roughly ten times lower than for 18-to-49-year-olds and 77 times lower than those age 65 and up.” If 40% of those hospitalizations were reported inaccurately, the actual rates are “vanishingly small,” and those policies implemented to protect children may have done far more harm than good.

The second implication relates to the Food and Drug Administration’s “emergency use authorization” for COVID-19 vaccines for children. If the studies’ findings show that COVID-19 “poses a dramatically lower incidence of pediatric hospitalizations than the data have shown thus far,” then the need for an emergency authorization of vaccines for kids to protect them from going to the hospital is perhaps less than previously thought.

Stefan Baral, an infectious diseases epidemiologist and physician at Johns Hopkins, told New York magazine the studies’ findings “reinforce the importance of going through a meaningful process to understand the risks to children” from the vaccines.

The FDA on Monday approved Pfizer’s COVID-19 vaccine for children ages 12-15 under its emergency use authorization, finding that the vaccine is safe and effective for individuals 12 and older.