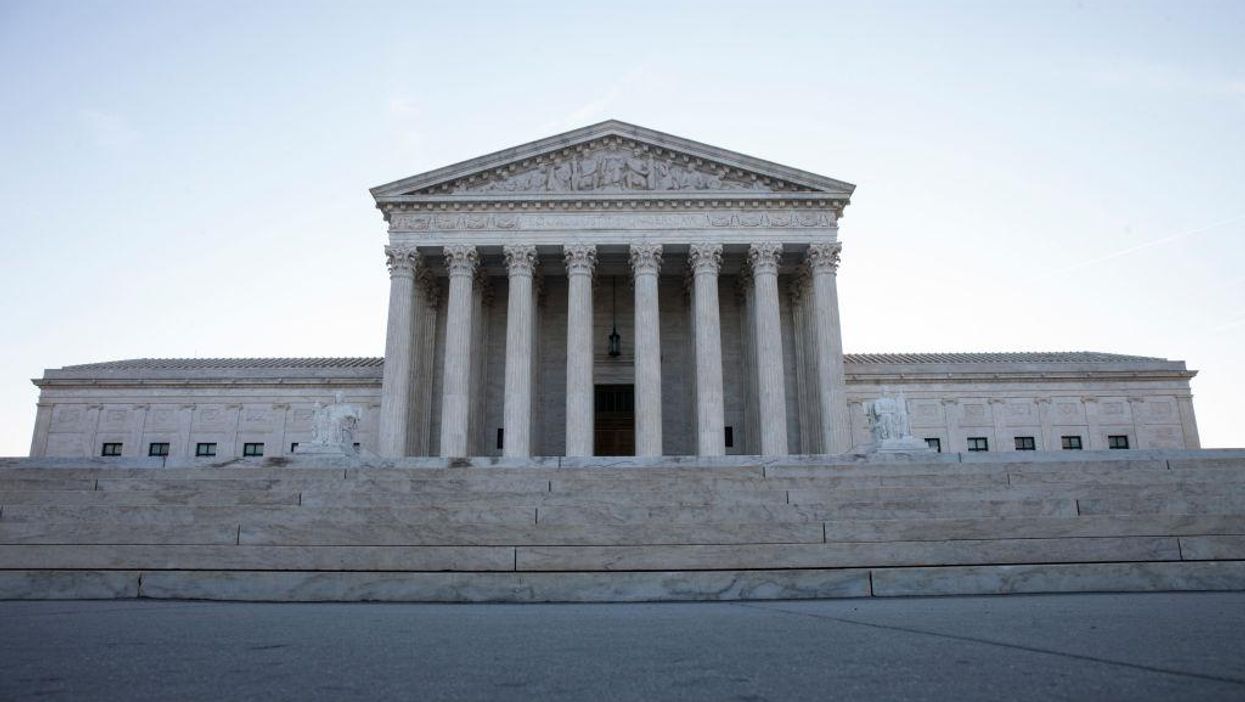 The Supreme Court ruled late Friday that California cannot prohibit churches and other religious organizations from conducting services indoors because of the coronavirus pandemic. The decision was a massive victory for First Amendment rights.

However, the high court did not roll back all COVID-related restrictions enacted on religious gatherings in California.

However, the court’s majority of conservative-leaning justices were unable to agree on other restrictions enacted on religious gatherings, such as capacity limits and a ban on singing, which California argued are necessary for the public health.

From the Associated Press:

The justices said the state can cap indoor services at 25% of a building’s capacity. The justices also declined to stop California from enforcing a ban put in place last summer on indoor singing and chanting. California had put the restrictions in place because the virus is more easily transmitted indoors and singing releases tiny droplets that can carry the disease.

The justices were acting on emergency requests to halt the restrictions from South Bay United Pentecostal Church in Chula Vista and Pasadena-based Harvest Rock Church and Harvest International Ministry, which has more than 160 churches across the state.

The votes are: overturn indoor worship ban (6-3), uphold singing ban unless the plaintiffs prove more (6-3), and up… https://t.co/3NokOdgkgC

Chief Justice Roberts and Justices Barrett and Kavanaugh are the key votes to uphold the ban on singing until there… https://t.co/A3oeCW4cnk

What did the justices say?

“The State has concluded, for example, that singing indoors poses a heightened risk of transmitting COVID–19. I see no basis in this record for overriding that aspect of the state public health framework,” Roberts added. “At the same time, the State’s present determination—that the maximum number of adherents who can safely worship in the most cavernous cathedral is zero—appears to reflect not expertise or discretion, but instead insufficient appreciation or consideration of the interests at stake.”

Gorsuch wrote that “California singles out religion for worse treatment than many secular activities” despite the fact that the Supreme Court recently made “it abundantly clear that edicts like California’s fail strict scrutiny and violate the Constitution.”

Gorsuch concluded, “As this crisis enters its second year— and hovers over a second Lent, a second Passover, and a second Ramadan—it is too late for the State to defend extreme measures with claims of temporary exigency, if it ever could. Drafting narrowly tailored regulations can be difficult. But if Hollywood may host a studio audience or film a singing competition while not a single soul may enter California’s churches, synagogues, and mosques, something has gone seriously awry.”

Writing the dissenting opinion, Kagan claimed the court’s decision “orders California to weaken its restrictions on public gatherings by making a special exception for worship services.”

“Justices of this Court are not scientists. Nor do we know much about public health policy. Yet today the Court displaces the judgments of experts about how to respond to a raging pandemic,” Kagan wrote. “Under the Court’s injunction, the State must instead treat worship services like secular activities that pose a much lesser danger. That mandate defies our caselaw, exceeds our judicial role, and risks worsening the pandemic.”