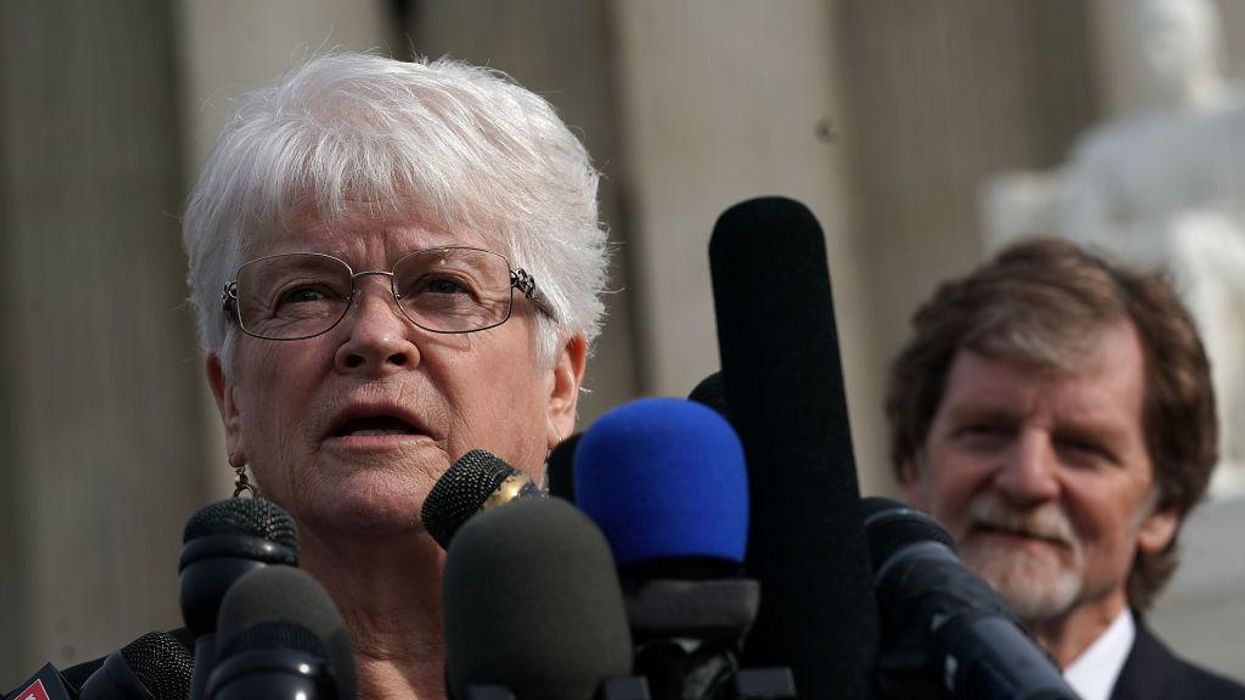 The U.S. Supreme Court on Friday declined to take up the case of a Christian florist who refused to provide flowers for a same-sex wedding, letting lower court rulings against the florist stand.

The court rejected an appeal from Barronelle Stutzman, a great-grandmother and owner of Arlene’s Flowers & Gifts who was sued by the state of Washington in 2013 for violating state law prohibiting discrimination on the basis of sexual orientation. By refusing to hear the case, the court once again sidestepped the issue of whether a business can claim a First Amendment right to refuse service for same-sex weddings.

That case is Arlene’s Flowers v. Washington. Justices Thomas, Alito & Gorsuch indicate that they voted to hear the… https://t.co/KqnigDGfHi

It’s a decision comes three years after the court narrowly ruled in favor of Colorado cake baker Jack Phillips, who had refused to bake a cake for a same-sex wedding. In that ruling, the court said the Colorado Civil Rights Commission had acted hostilely toward Phillips’ religious views by compelling him to make the cake, but did not go further than the specific facts of that case, leaving the general conscience rights of businesses in question.

That question now remains unresolved. Stutzman, a Southern Baptist, had argued that she was exercising her First Amendment rights by refusing to provide floral arrangements for a homosexual couple’s wedding ceremony. She contended that her floral arrangements were works of art and that being forced to provide them for a same-sex wedding would violate her “relationship with Jesus Christ” and her freedom of expression.

“Religious people should be free to live out their beliefs about marriage,” Stutzman’s lawyers from the Alliance Defending Freedom argued in court filings, according to NBC News.

State courts had ruled that Stutzman violated Washington law prohibiting businesses from discriminating against several protected classes of customers, including homosexuals. The Washington Supreme Court said that providing flowers for a wedding “does not inherently express a message about that wedding.”

“No one should walk into a store and have to wonder whether they will be turned away because of who they are. Preventing that kind of humiliation and hurt is exactly why we have nondiscrimination laws. Yet 60 percent of states still don’t have express protections for LGBTQ people like the kind in Washington state. Our work isn’t over,” she said.

Justices Clarence Thomas, Samuel Alito, and Neil Gorsuch said they would have heard the case.

Federal judge rules Christian web designer has ‘monopoly’ over her own creativity, must give equal access to LGBT customers