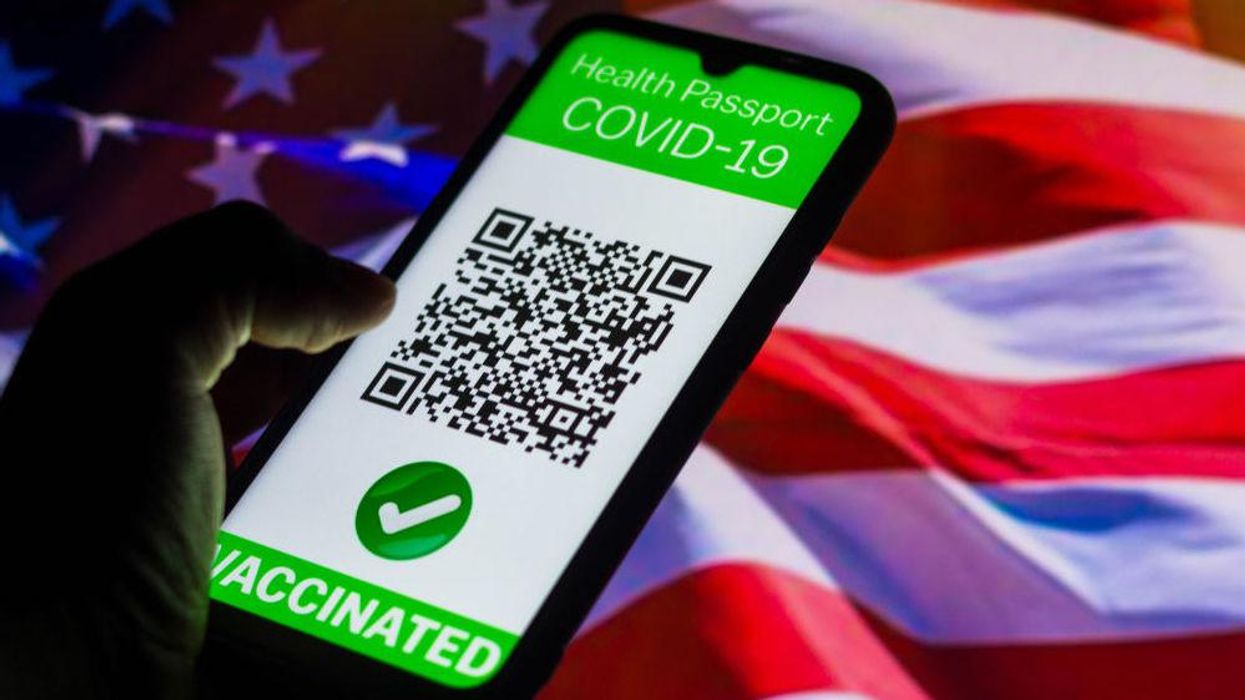 Texas Sen. Ted Cruz (R) is leading the Republican Party’s stand against COVID-19 vaccine passports, introducing a bill on Friday that would prohibit the federal government from enacting vaccine verification measures for the near future.

The bill, according to a press release, would “stop the federal government from establishing COVID-19 passports or working with third parties to establish their own vaccine passports, such as airlines or other global entities.”

The legislation would also impose a 5-year prohibition on “any government vaccine mandate” for those vaccines first used through an Emergency Use Authorization from the Food and Drug Administration. Currently, each of the three vaccines being used in the United States have been awarded EUA only. Pfizer, the vaccine first awarded EUA, has applied for full approval.

What did Cruz say?

Americans shouldn’t be discriminated against because of COVID-19 vaccine status — whether that is at work or in everyday life. Americans have a well-established right to privacy that any mandated vaccine passport would destroy. A vaccine passport would be discriminatory against people who, for whatever reason, do not get the COVID-19 vaccine. We should be encouraging individuals to receive the vaccine through increased patient protections, not mandating it.

The truth is not everyone can receive the COVID-19 vaccine — for legitimate reasons. I got the vaccine because it was the right decision for me, but people should be free to make the decision that is right for them and consult with their doctor if they have concerns. Individuals who are unable to receive the vaccine should not be denied access to aspects of everyday life or the opportunity to participate in society. Mandating the vaccine or requiring all individuals to be fully vaccinated before returning to normal life could prevent America from fully reopening.

“The COVID vaccines are a medical miracle and getting vaccinated is a personal decision some may choose not to make for a variety of reasons. I’m proud to stand with Senator Cruz against vaccine passports,” Braun said.

“The government should not be in the business of exposing Americans’ private health information. Our job should be to protect citizens’ privacy rights — that’s what the 4th Amendment of our Constitution is about,” Lummis said.

Will the government enact a vaccine passport?

The bill was announced on the same day that Secretary of Homeland Security Alejandro Mayorkas said the Biden administration is “taking a very close look” at implementing vaccine passports for international travel.

“We’re taking a very close look at that, you know, one of our principles that has guided us throughout this pandemic is the value of diversity, equity, and inclusion, and making sure that any passport that we provide for vaccinations is accessible to all and that no one is disenfranchised,” Mayorkas said.

However, a DHS spokesperson later clarified that Mayorkas was referring to helping Americans travel internationally — not implementing a vaccine passport for Americans.

“We’ve always said we’re looking at how we can ensure Americans traveling abroad have a quick and easy way to enter other countries,” the spokesperson said, according to Axios. “That’s what the Secretary was referring to; ensuring that all U.S. travelers will be able to easily meet any anticipated foreign country entry requirements.”

While the government has not announced any intention to enact vaccine passports, New York introduced a verification program in the Empire State, while Oregon is also requiring proof of vaccination for maskless entry into businesses and churches.

Numerous other states, however, have enacted prohibitions against vaccine passports.

Horowitz: Courts: No right to property, but yes, right to welfare