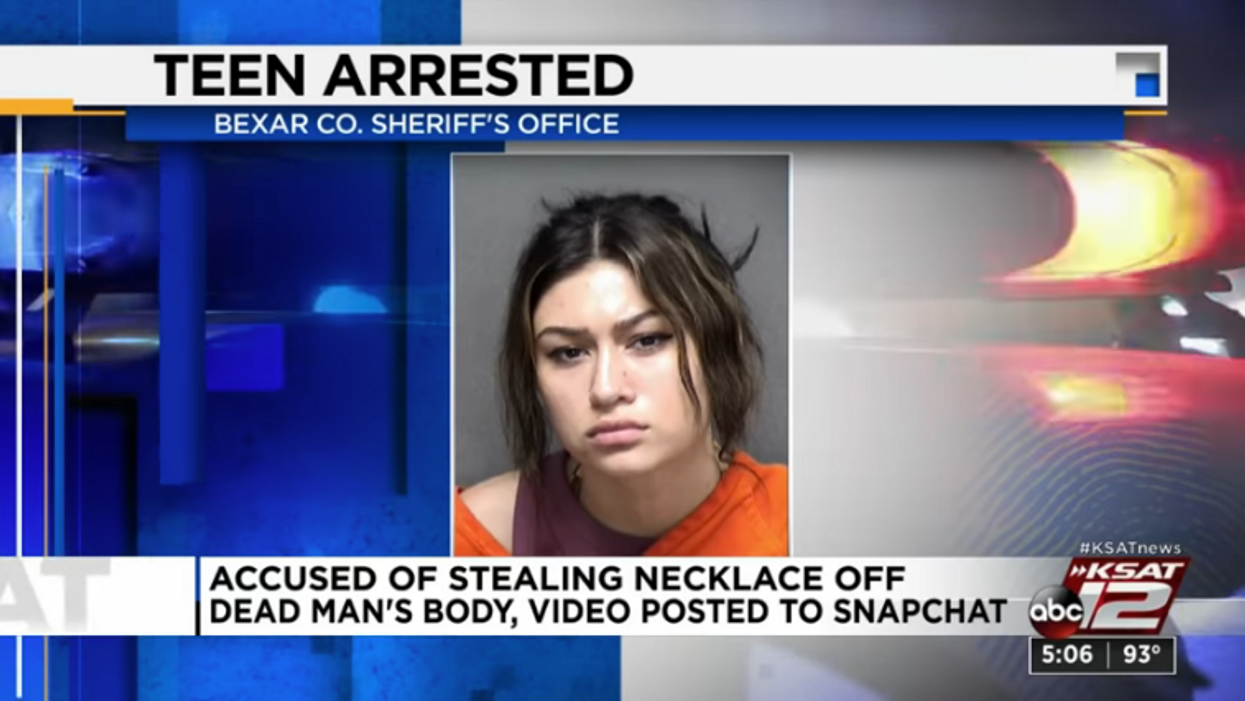 Two teenage girls in Bexar County, Texas, have been charged with felonies for allegedly stealing jewelry from a dead man’s body before posting video of the theft on social media.

Investigators said the girls — ages 16 and 17 — discovered the corpse of a 25-year-old man in a drainage ditch in Medina Valley Monday morning, according to KSAT-TV.

The man is believed to have hanged himself from a roadside railing with a shirt. He had discoloration throughout his body when he was found, and the Bexar County medical examiner’s office has ruled his death a suicide.

But when the girls discovered his body, they didn’t immediately alert authorities. Rather, they called a friend who then called law enforcement. In the meantime, it appears they engaged in the sinister act of stealing right off the dead man’s body, according to video evidence later obtained by deputies.

Videos of the theft — which the girls reportedly posted on Snapchat — allegedly showed the girls moving around near the man’s body before stealing a chain and medallion from his neck, according to an arrest affidavit viewed by KSAT.

A deputy recognized the girls in the video as witnesses at the original crime scene and brought them in for questioning. During the interviews, the 17-year-old girl, identified as Bethany Martin, allegedly said that she grabbed the jewelry because her friend liked the necklace and pendant the man was wearing.

Martin added that she tossed the chain into the grass and gave the medallion to her friend.

The friend, who is not being named because she is a juvenile, reportedly told deputies that she took the medallion and placed it on her own gold necklace because it “matched her fashion style.”

The medallion has now been retrieved by authorities and returned to the man’s family.

Both girls have been charged with theft from a human corpse or grave, a felony charge in Texas. Booking records on Bexar County Jail’s website show that Martin was arrested Tuesday and then released on a $2,000 bond.