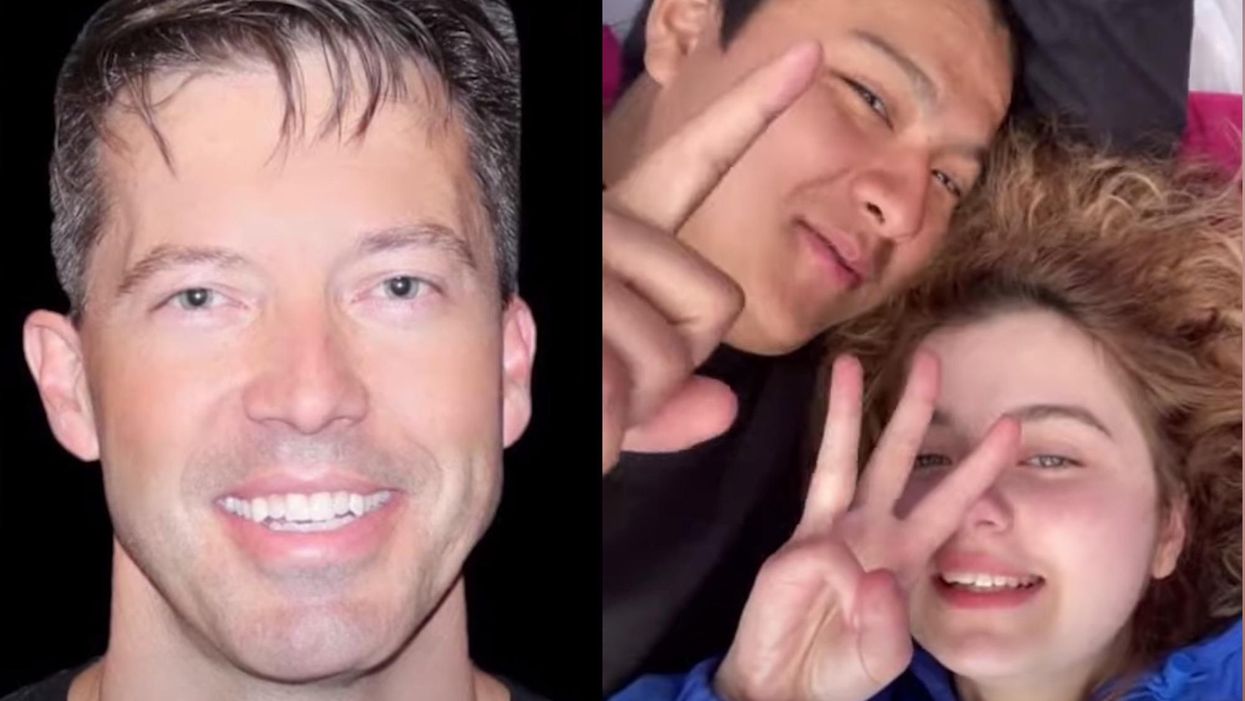 A chilling cellphone video shows two teenagers laughing about murder after one of their parents was killed and police are using it as evidence against them.

16-year-old Sierra Halseth and 18-year-old Aaron Guerrero were allegedly on the run to California after the murder of Halseth’s father when they recorded the startling video.

Police say that their parents told them they could not be in a relationship, and days later the girl’s dad was found murdered.

On the video the two joke that it’s been three days since they committed murder and that they’re having sex as a form of payment for the incident.

“Whoah! Don’t put that on the camera!” says Halseth.

“It was worth it,” Guerrero replies.

Prosecutors say that the body of Halseth’s father was found after his mother and his ex-wife grew worried when they hadn’t heard from him. Friends went to his home and found his body partly burnt and dismembered. Prosecutors allege the teens stabbed him and lit him on fire.

Evidence presented to a grand jury included surveillance video showing Halseth purchasing bleach, and Guerrero separately purchasing lighter fluid, a saw, gloves and other items that could have been used in the murder.

Prosecutors also presented texts from their phones and photographs. Police say they found a blood-soaked rug in the trunk of the car they were driving.

The family of the victim sent a statement about his death to KLAS-TV.

“To have him taken from us in such a horrific, savage, senseless, and violent act of murder leaves us heartbroken, and our grief is unyielding. The total lack of remorse on display in the video is both reprehensible and unforgivable,” the statement said in part.

Halseth has been charged as an adult.

Halseth cannot face the death penalty because of her age, but Guerrero is old enough to be executed if he is found guilty.