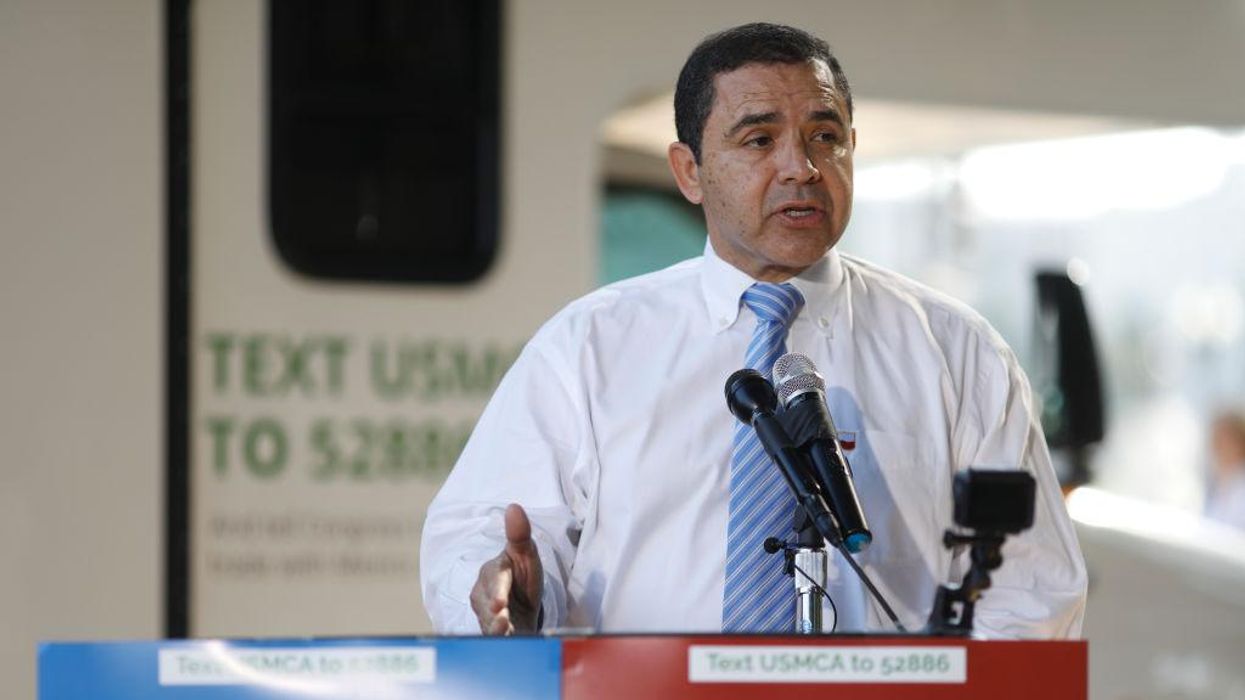 Rep. Henry Cuellar (D-Texas) on Thursday warned that the migrant crisis at the southern border is not slowing down and called on the Biden administration to send additional resources to Department of Homeland Security agents who are at risk of contracting COVID from mostly unvaccinated migrants.

In June, total U.S.-Mexico border apprehensions for the fiscal year surpassed 1.1 million, Customs and Border Patrol announced recently. Cuellar, a moderate Democratic lawmaker who represents a district that comprises parts of the Rio Grande Valley along the southern border, said that the record surge of illegal immigration under President Joe Biden’s watch shows no signs of stopping.

“I’ve seen the 2014 surge, I’ve seen the 2019 surge, and now the ’21. Usually, you have high peaks from March, April, May, and June. But now we’re in July and going into August and we’re not seeing this stop,” Cuellar said during an interview on Fox News.

“We need to understand that there’s a serious situation at the border,” he added.

Local officials in Cuellar’s district are calling for more transparency from the federal government and from local charities offering assistance to migrants who are released from the custody immigration enforcement.

Catholic Charities of the Rio Grande Valley have recently seen a large increase of migrants being dropped off at the Humanitarian Respite Center, KVEO-TV reports. The volume of migrants they’ve received from Border Patrol is so overwhelming they’ve asked the agency to temporarily pause releasing migrants, but Hidalgo County Judge Richard Cortez said Border Patrol is overwhelmed too.

“Catholic Charities has now reached the point of saturation they have reached the capacity so then Border Patrol and Customs did not have any choice other choice than to turn loose the immigrants,” Cortez, a Democrat, said. “That is where we are today.”

The charity is paying for some migrant families to stay at a local hotel, but local residents are expressing concerns that the migrants are sick with COVID and not quarantining or observing proper health and safety protocols. According to KTVT, on July 26 a police officer approached a migrant family at a Whataburger; the family told him they had been released by Border Patrol because they tested positive for COVID-19.

Police said they’ve learned that Border Patrol was handing off COVID-positive illegal immigrants to the charity, which was then paying for them to stay at a nearby Texas Inn Hotel and other hotels in the McAllen area and in La Joya.

COVID-positive migrants crossing the border, being detained by Border Patrol, and subsequently released into local communities are a major concern, said Cortez.

“We know statistically so far that the best estimate that we have is about 8.3% of those immigrants that are coming by are testing positive … that’s a pretty high number,” he told KVEO-TV.

The problem isn’t unique to this area of the border. The Biden administration has reinstated the catch-and-release policies that former President Donald Trump sought to end, resulting in more than 50,000 apprehended migrants being released into the U.S. without a court date. Many of these illegal immigrants are unvaccinated and at risk of spreading COVID to themselves and even to law enforcement agents.

Cuellar told Fox News that 70 border agents working in the Rio Grande Valley have tested positive for COVID after coming into contact with sick migrants. Another 15 agents tested positive in the Laredo area. Not only are law enforcement agents at risk, but “also their families when they go home,” Cuellar said.

He called on the Biden administration to pause the release of detained migrants.

“[COVID] cases have shot up, hospitals are getting full, we don’t have the personnel to work at the hospitals because a lot of them have been sick, so this is what we’re facing.”