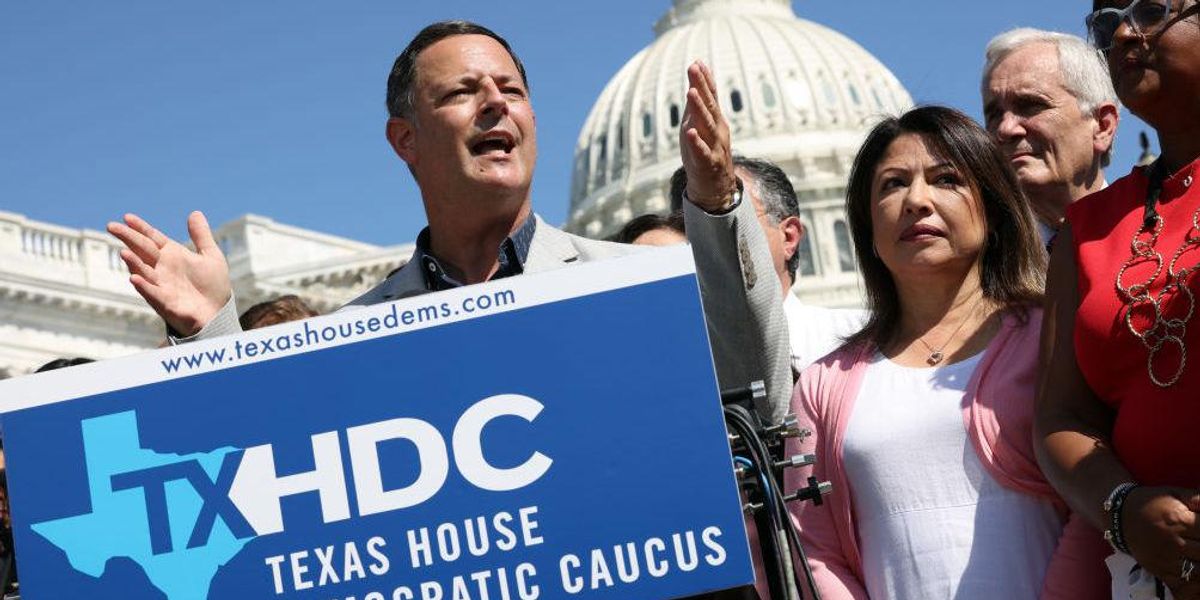 One of the Texas House Democrats who fled the state last week is demanding a national face mask mandate after three of his colleagues tested positive for COVID-19.

The Texas House Democratic Caucus announced Saturday that three of its members who fled the Lone Star State in a political stunt to block legislation had tested positive for COVID-19 while in Washington, D.C.

Although the caucus claimed all of its traveling members were vaccinated against COVID-19, the development was not all that surprising because the lawmakers spent all week gathering in confined places — sans social distancing and face masks.

The caucus, however, did not reveal the identities of the lawmakers who tested positive for COVID-19.

What did the Texas Democrat say?

Texas state Rep. Gene Wu (D) pledged to exploit the situation of his colleagues by advocating for a national face mask mandate.

In response to critics who blasted Texas Democrats for not wearing face masks while gathering in confined spaces — including one meeting in which the lawmakers met with Vice President Kamala Harris — Wu said he would demand a national face mask mandate from President Joe Biden.

“I feel ashamed. You’re right, I should have been wearing a mask indoors,” Wu tweeted. “I will personally ask VP Harris and President Biden to institute a nationwide mask mandate for all indoor activities.”

“Thank you. You made this possible,” he added, blaming critics for his nationwide mask mandate demand.

You’re right, I should have been wearing a mask indoors.

I will personally ask VP Harris and Pre… https://t.co/3G6sMxcDoe

“When the historians ask ‘who saved America from COVID19?’ I will say, ‘It wasn’t Trump or Biden, it was the MAGA Troopers. They demanded full masking, even though they’ve been loudly railing against that exact thing. Heroes. Every single one. Even the ones in federal prison,'” Wu added in a separate tweet.

“Shout out to my brothers and sisters reminding everyone to be masked!” Wu said in another mocking tweet. “Airplanes. Schools. Concerts. Churches. Sports stadiums. Grocery stores. Gun ranges. Let’s wear our MASKS and GET VACCINATED to STOP THE SPREAD of the Delta variant.”

The vice president’s office released a statement Saturday explaining Harris would not take extra precautions in the wake of the positive test results.

What do CDC guidelines say?

Despite some municipalities, like Los Angeles County, re-enacting indoor face mask mandates, such measures for fully vaccinated individuals are not backed by science.

The most recent guidance published by the Centers for Disease Control and Prevention, in fact, states that fully vaccinated people can “resume activities that you did prior to the pandemic.”

“Fully vaccinated people can resume activities without wearing a mask or physically distancing,” the CDC guidance says, “except where required by federal, state, local, tribal, or territorial laws, rules, and regulations, including local business and workplace guidance.”