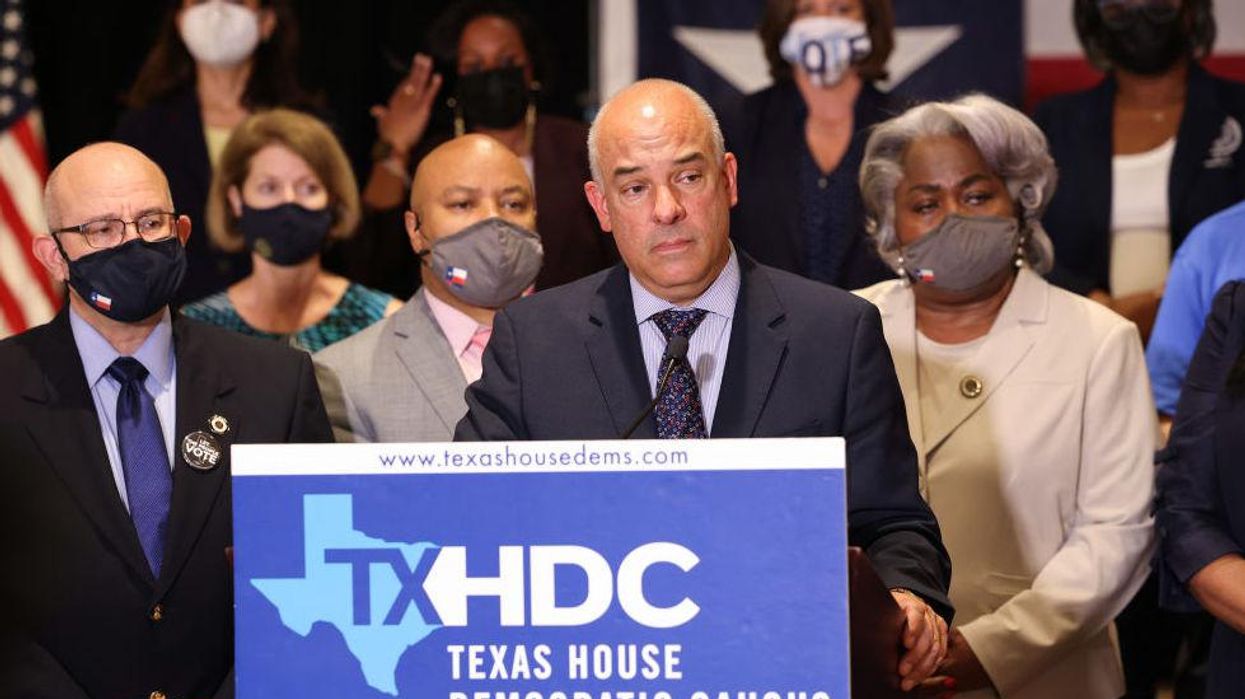 Texas House Democrats, who fled the Lone Star State this month to block Republican-backed legislation from becoming law, are slowly realizing their political stunt will not produce the results they had hoped.

The Democratic lawmakers, who are the minority party in the Texas Legislature, sought to block a host of bills, including one that Republicans say will bolster the integrity of Texas elections, but Democrats claim will restrict voting rights.

The lawmakers planned to stay in the nation’s capital through the special legislative session they’ve blocked. While in D.C., the lawmakers have met with Vice President Kamala Harris and have been meeting with congressional Democrats to lobby Congress to pass the “For The People Act,” a sweeping election reform bill being pushed by Democrats.

What is happening now?

Texas state Rep. Ron Reynolds (D) is now calling for “federal intervention” with the realization the political stunt will not ultimately work.

In fact, Texas Gov. Greg Abbott (R) has promised to keeping calling special sessions — which is his right as governor — until the Texas Legislature can finally pass the bills that Texas House Democrats have thus far blocked.

“For us it’s do or die, because Gov. Abbott is going to call another special session as early as Aug. 9,” Reynolds told HuffPost. “We hope the Senate realizes that we’re on borrowed time, so we really need federal intervention.”

The “For The People Act” is doomed to fail if brought to a vote in the Senate because Sen. Joe Manchin (D-W.Va.) has said he will not support it without Republican support. Plus, questions of constitutionality surround the bill, considering the Constitution stipulates that state legislatures are responsible for aspects of elections the “For The People Act” hopes to regulate.

What happens when the special session ends?

The current legislative session ends after the first week of August. Whether Texas House Democrats will return to the Lone Star State if Abbott immediately declares another special session has not yet been determined. But whenever they do, they may be immediately brought back to the Texas House chamber by law enforcement.

Speaking with Fox News after Texas House Democrats left for Washington on private planes, Abbott said, “Once they step back into the state of Texas, they will be arrested and brought to the Texas Capitol, and we will be conducting business.”

Texas House Speaker Dade Phelan (R), in fact, signed the first “civil warrant” this week for the arrest of state Rep. Philip Cortez (D), who went back to Washington after briefly returning to Texas to dialogue with Texas Republicans.

However, according to the Texas Tribune, “the warrant is not likely to have impact since Texas law enforcement lacks jurisdiction outside the state.”

Gov. Abbott promises Texas Democrats who fled state ‘will be arrested’ upon their return: ‘The most un-Texan thing’