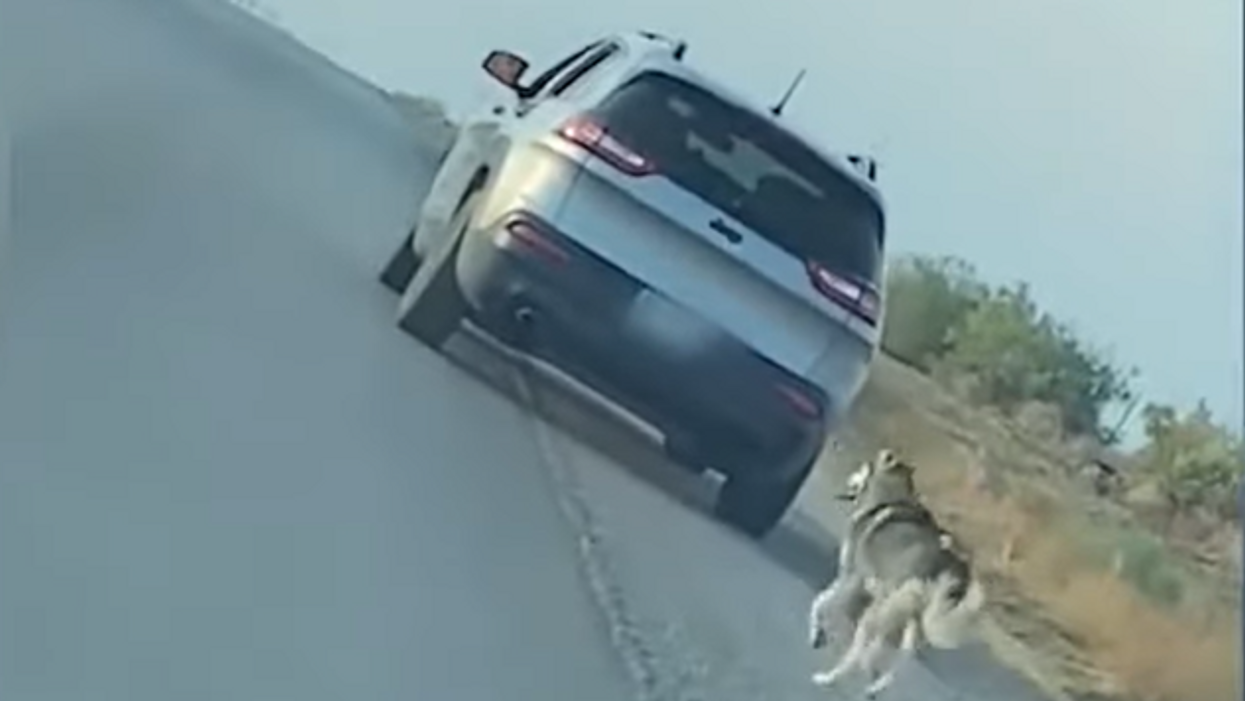 Videos of dogs go viral on the internet all the time, but this past week a video of a husky went viral for an abominable reason. A video shows a dog owner abandoning his pet husky on the side of a road in Texas. The video posted on social media went viral, which helped authorities track down the cold-blooded pet owner, plus enabled the stranded pup to have a much better life than before.

An Instagram user by the name of “ms.mojorising_,” who is a dog rescuer, posted a video to the social media platform of a husky being abandoned on the side of the road in El Paso. The video shows an SUV on the side of a road, where a young man releases the dog by taking off its leash. Then the young man gets into the passenger side of the vehicle, and an older man drives off.

The dog is confused that its owners are driving away, so it frantically chases the SUV down the street but can’t catch up.

“This heartbreaking scene is what happens day in and day out here,” the caption on the Instagram video read. “All those dogs y’all see me move out of state is for this exact reason, because heartless people don’t think or care.”

“They didn’t measure the responsibility that being a pet owner requires and instead of, again taking responsibility, and reaching out for help from a rescue they opt to dump their poor dog,” she continued. “I am disgusted, I am furious, and I am heartbroken. El Paso needs to DO BETTER.”

She added that the video was taken by another dog rescuer, who secured the husky, and informed the El Paso Sheriff’s Department of the incident. The husky was transported to the Huckleberry Hound Dog Rescue of El Paso.

The Instagram video of the abandoned husky went viral, reaching over 1 million views in a few days.

On Friday, the El Paso County Sheriff’s Office announced that it had arrested the owner of the abandoned dog. Luis Antonio Campos, 68, was arrested and charged with animal cruelty for deserting the canine. He was booked into the El Paso County Detention Facility on a $5,000 bond.

Authorities with the county’s Animal Welfare Department say they are continuing an investigation into the case, according to KTSM-TV, which added, “An additional arrest is expected.”

The viral video made the husky a national star, and caught the eye of one family who immediately adopted the abandoned pup, which is believed to be about 10 months old.

“When I saw the video and I saw him run after the car, it just made my heart feel like broken,” young Maddie Clappsaddle, whose family adopted Nanook, told KVIA-TV. “But now that he’s here and he’s running around and he’s happy, I feel very happy and excited.”

The family named the dog “Nanook,” after the husky in the 1987 movie “The Lost Boys.”

Barbara Valencia of the Huckleberry Hound Rescue in El Paso explained that dogs are being abandoned on an “everyday basis.” “The only reason it got so much attention is because someone videotaped it, but it’s happening every day,” Valencia said.