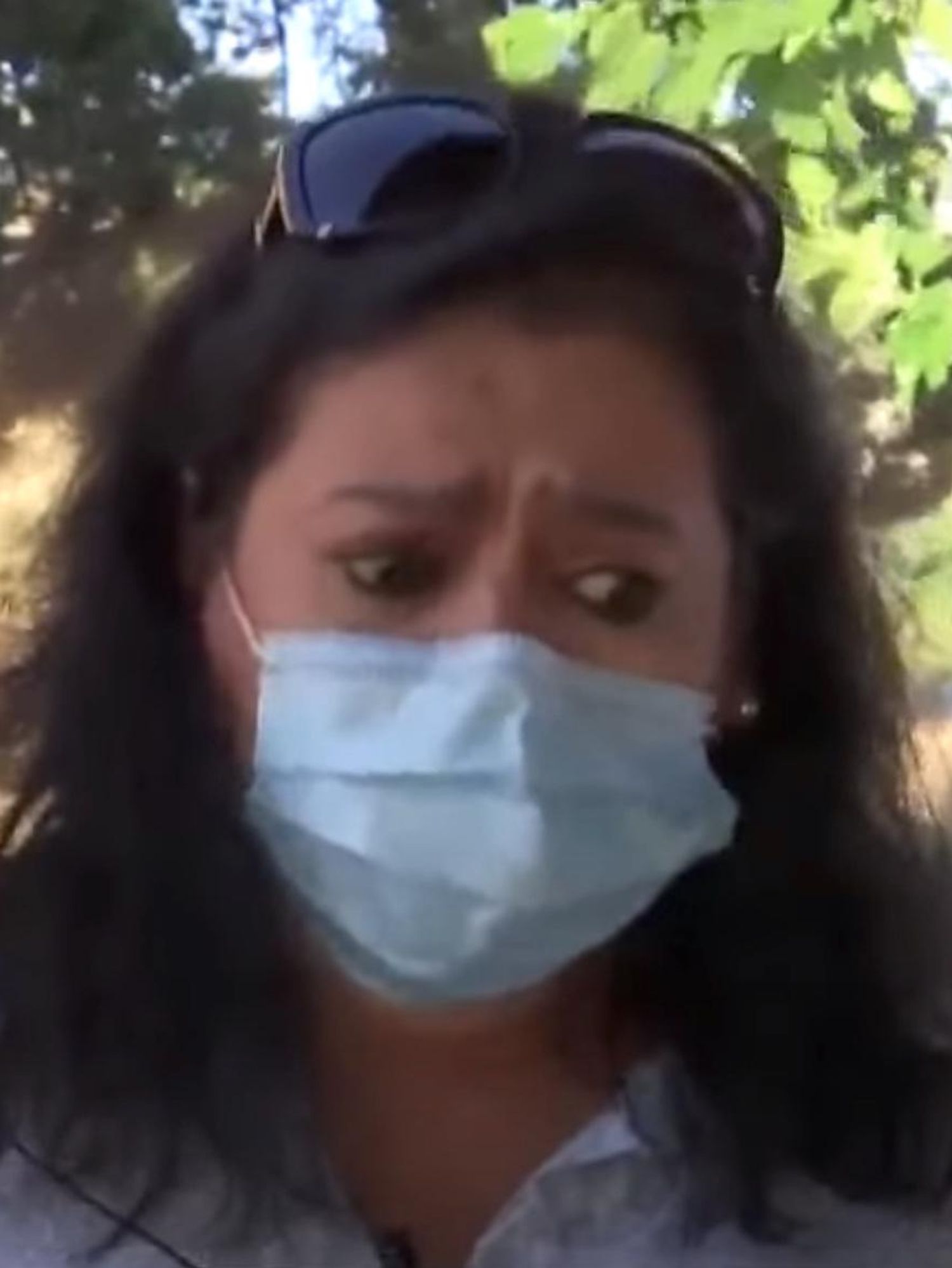 Firefighters made a gruesome discovery when a woman called them panicking after she awoke in her Texas apartment to find blood being spattered onto her from her ceiling fan.

Ana Cardenas was understandably distraught when she called 911 from her apartment in El Paso.

She told KTSM-TV that she was sleeping when she was awakened at about 4 a.m. by the sensation of a liquid spattering onto her, her bed and the rest of her bedroom.

It was human blood and other bodily fluids dripping through her ceiling fan.

“It grossed me out, I was in shock, I thought this isn’t real this is a dream, wake up. I called maintenance and they said are you sure and I said blood is falling on me,” Cardenas said in a translation from Spanish.

The blood was spattered onto her bed, the walls, her furniture, and in her hair.

Firefighters later broke down the door to the apartment directly above hers and found the corpse of her neighbor right above her fan.

Cardenas said the man above her was between the ages of 55 and 70, and that police told her he died of natural causes.

They believe the man had been decomposing for up to six days.

She said that he was laying on carpet but the blood had seeped through that and through the ceiling into her apartment.

“They took my fan down and a pool of blood came pouring down,” Cardenas told KTSM.

The story got even worse.

She said that Cielo Vista Apartments told her that her losses would not be covered by their insurance. And although they disinfected her apartment, she showed KTSM that there were flies buzzing in the bedroom and a foul odor remained.

Cardenas says she is traumatized from the incident and can’t eat or sleep. She opened a GoFundMe account to help her pay her relocation costs and has raised over $15,000.

Here’s a local news report of the gruesome story:


Woman wakes up to find blood dripping from ceiling