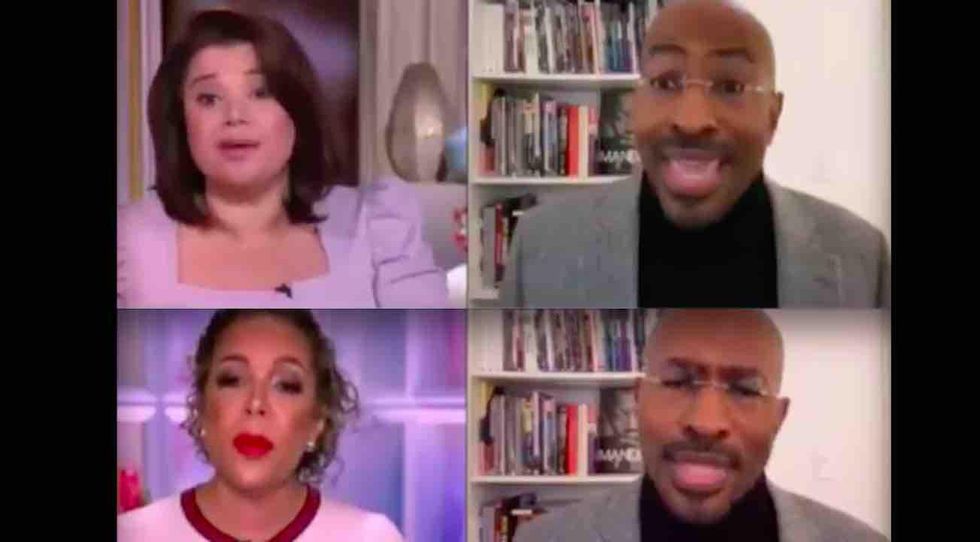 Anybody out there notice how little leftists celebrated after hated former President Donald Trump flew away from the White House last month and President Joe Biden took the oath of office?

You’d think there would have been 24/7 left-wing dancing in the streets — fully masked-up and socially distanced, of course — with a heapin’ helpin’ of giddiness, laughter, and politically correct tears of joy. But that isn’t what we’ve seen — quite the opposite, in fact.

Instead, leftists have been even angrier than usual, as they’ve spent their first few weeks of complete control of the White House and both houses of Congress impeaching Trump — who’s, you know, no longer in office — and silencing and canceling and bullying anyone and anything that wafts even the slightest conservative scent.

But has that been enough to satisfy their head-scratching, ravenous appetites? No way.

They’re starting to go after their own, like sharks in a feeding frenzy.

Know what happens when a leftist cast member of leftist “Saturday Night Live” tells a transphobic joke? Devoted comrades across the fruited plain pull up their chairs, stick napkins under their collars, and start scraping their knives and forks together. Bon appetit!

Now our favorite TV show “The View” seems to have literally jumped those hungry sharks.

We’ve all known for years that the show’s co-hosts — save for Meghan McCain — are avowed, outspoken leftists. But what happened on Friday’s program is truly dropping jaws.

Van Jones, a fellow left-wing political figure, made an appearance — and one may have assumed he was stepping into friendly territory. But no.

Co-host Sunny Hostin tore into Jones for — let’s see here — acknowledging good things that Trump did for the black people while in office. She actually told him that “people in the black community don’t trust you anymore”:

Sunny just called out Van Jones for all his flip-flopping. I remember when Van Jones was championing Bernie’s progr… https://t.co/CYQ7i8mkzg

But was that all? No sir.

Trump-hating political commentator Ana Navarro — who apparently was a guest co-host on Friday’s program — sank her teeth into Jones for appearing in a “smiling” photo with conservative figure Candace Owens.

Navarro’s outraged, courtroom-style cross examination was quite a thing to behold: “Do you not regret that? Do you not see that you’re giving her legitimacy? You don’t regret taking smiling pictures with Candace Owens? I mean, how does that help the issue?”

Jones apparently couldn’t believe his ears — and tried his best to interject — but soon co-host Joy Behar stepped in and broke it up and said “you’re gonna have to take it outside.”

As you can see from the latter tweet from Owens herself, she seemed to think Navarro was being a bit unreasonable: “The radical Left wants to unite America by making it a criminal act to smile in pictures with conservatives. Utterly psychopathic.”

She added that the photo in question was from an “event attended by both Republicans and Democrats for the First Step Act — prison reform. The women of #TheView are taking their obsession with me to new heights.”