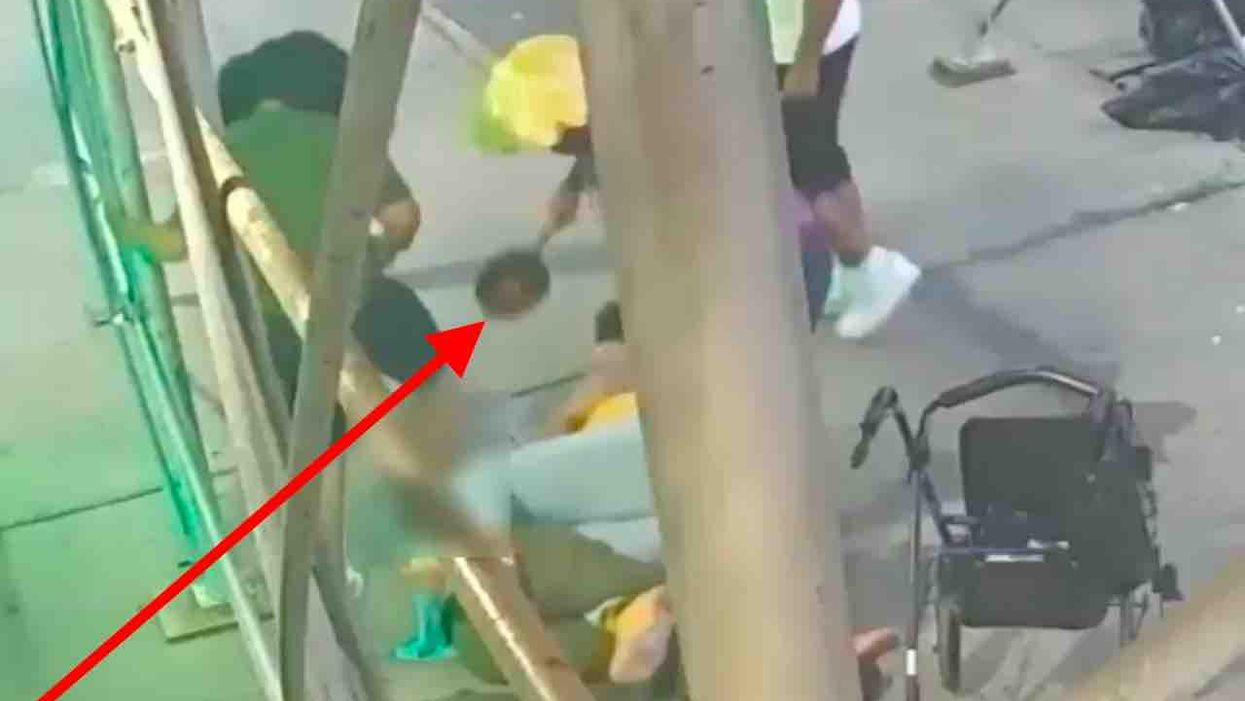 Three women and a man ganged up on a 61-year-old woman who needs a walker to get around and brutally beat her on a Harlem sidewalk Tuesday evening, the New York Post reported.

Surveillance video showed the attackers repeatedly punching and stomping on the victim after she was tackled to the sidewalk.

At one point, one of the female attackers was seen beating the outnumbered woman with a cooking pot, police told the paper.

The beating — which took place at the corner of Eighth Avenue and West 151st Street around 8:20 p.m. — lasted at least 40 seconds, the Post noted.

For their efforts, the assailants rewarded themselves with credit cards, a whopping $22 in cash — as well as the walker, police told the paper.

The disabled victim was taken to a hospital where she was recovering from her injuries, police added to the Post.

Detectives were looking for the attackers, the paper said.

More of the same