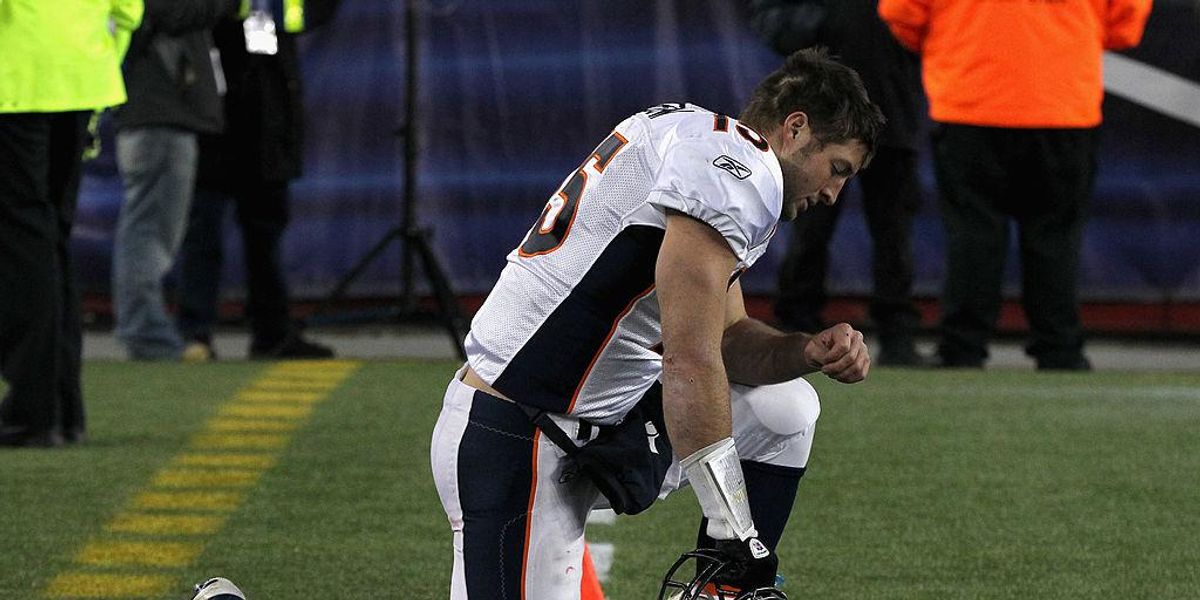 Former professional quarterback Tim Tebow is reportedly attempting a return to the National Football League — but this time at tight end.

The one-time quarterback for the Denver Broncos is said to have recently requested a tryout with the Jacksonville Jaguars, according to veteran ESPN reporter Adam Schefter.

“Tim Tebow recently reached out to the Jaguars and requested a tryout at the tight end position, per sources, a move many believe would have extended his NFL career had he made the transition earlier,” Schefter tweeted Thursday afternoon. “He recently worked out with the Jaguars’ TE coach. No decision has been made.”

Tim Tebow recently reached out to the Jaguars and requested a tryout at the tight end position, per sources, a move… https://t.co/4gGfQkDTx4

NFL.com reporter Ian Rapoport added that “there has been at least some discussion of him signing.”

Tebow, an outspoken evangelical Christian, would certainly seem to mesh well with prospective new Jaguars quarterback Trevor Lawrence, who is also a vocal Christian, and he is certainly familiar with new Jaguars head coach Urban Meyer. His old college coach reportedly purchased a home on the same street as him upon moving to Jacksonville.

Meyer served as head coach of the University of Florida Gators from 2006 to 2009, when Tebow played there. In 2007, Tebow won the Heisman Trophy under Meyer and was a finalist for the award in 2008 and 2009.

Tebow was then drafted in the first round by the Denver Broncos, where he primarily served as a backup over two seasons. However, in 2011, he became the starting quarterback in Week 5 and led the team to a playoff berth and victory against the Pittsburgh Steelers.

After that, Tebow’s NFL career fizzled. But now — after several years of attempting to break into Major League Baseball with the New York Mets — he appears hopeful he can mount a comeback.

During his time in the NFL, Tebow was often the subject of ridicule over his faith, particularly regarding his regular habit of kneeling to pray before and after games.

Throughout the course of his career, Tebow has maintained his philanthropic and missionary work. He has authored several books, founded an organization to combat human trafficking, and frequently spoken out in defense of the right to life.