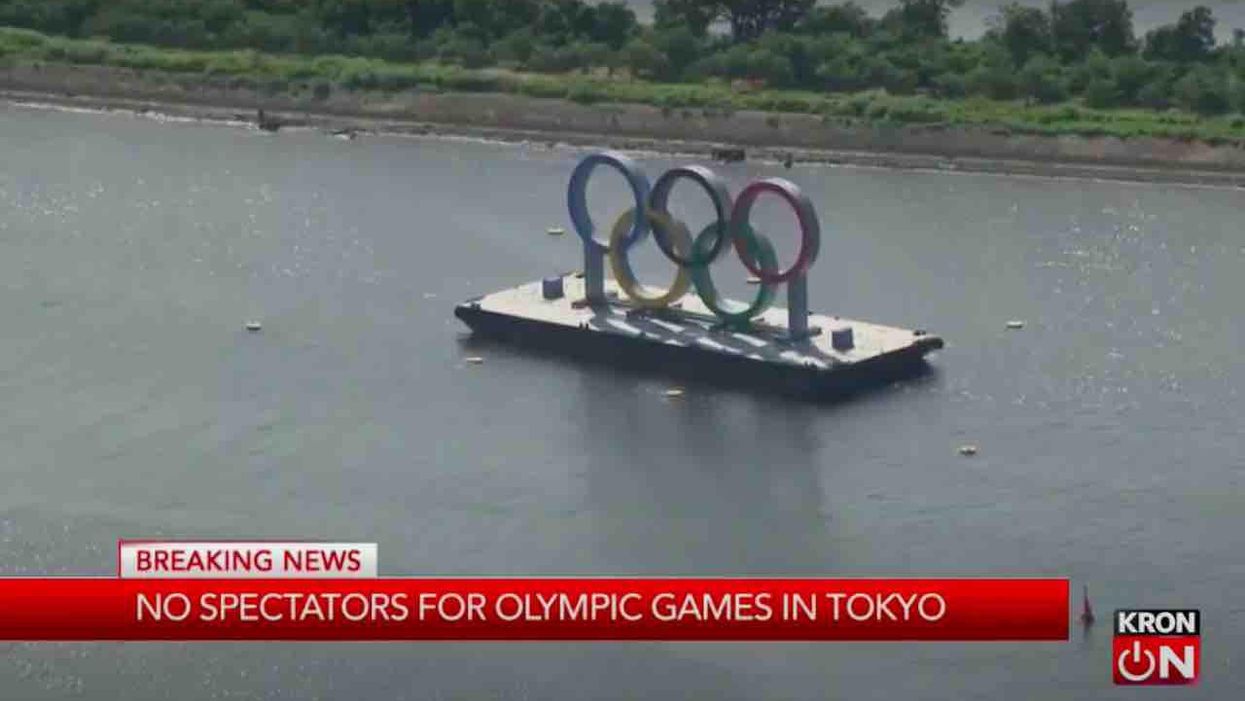 Tokyo Olympics organizers on Thursday banned spectators, as Japan has declared a COVID-19 state of emergency in its capital for the duration of the Games, Reuters reported.

The outlet said the move has been widely expected, although it “marked a sharp turnabout” from when officials just weeks ago said they were looking to have at least limited numbers of spectators.

“It is regrettable that we are delivering the Games in a very limited format, facing the spread of coronavirus infections,” Tokyo 2020 President Seiko Hashimoto said following talks between government officials, Tokyo organizers, and Olympic and Paralympics representatives, Reuters reported. “I am sorry to those who purchased tickets and everyone in local areas.”

Prime Minister Yoshihide Suga explained that it’s essential to prevent Tokyo from becoming the breeding ground for another wave of cases as the more-infectious delta variant has been spreading there, the outlet said.

The ban all but robs the Tokyo Games, which are scheduled to run from July 23 to Aug. 8, of their last hope for pomp and public spectacle.

Once seen as a chance for Japan to stand large on the global stage after a devastating earthquake a decade ago, the showpiece event was delayed by the pandemic last year and has been hit by massive budget overruns.

The outlet added that medical experts have been saying for weeks that no spectators would prove the least risky option, particularly given “widespread public fears” over thousands of athletes and officials coming into Tokyo from all over the world.

Reuters said in a previous story that organizers of the Games had already banned overseas spectators and set a cap on domestic spectators at 50% of capacity, up to 10,000 people, in order to contain the coronavirus outbreak.

Japan has seen more than 800,000 COVID-19 cases and 14,800 deaths, the outlet noted, adding that authorities have had trouble eradicating infection clusters, especially in and around Tokyo, which on Wednesday reported 920 new cases — the highest since May 13.

Reuters also said Japan’s vaccine rollout — only a quarter of its population has received at least one vaccine shot — has been slow.