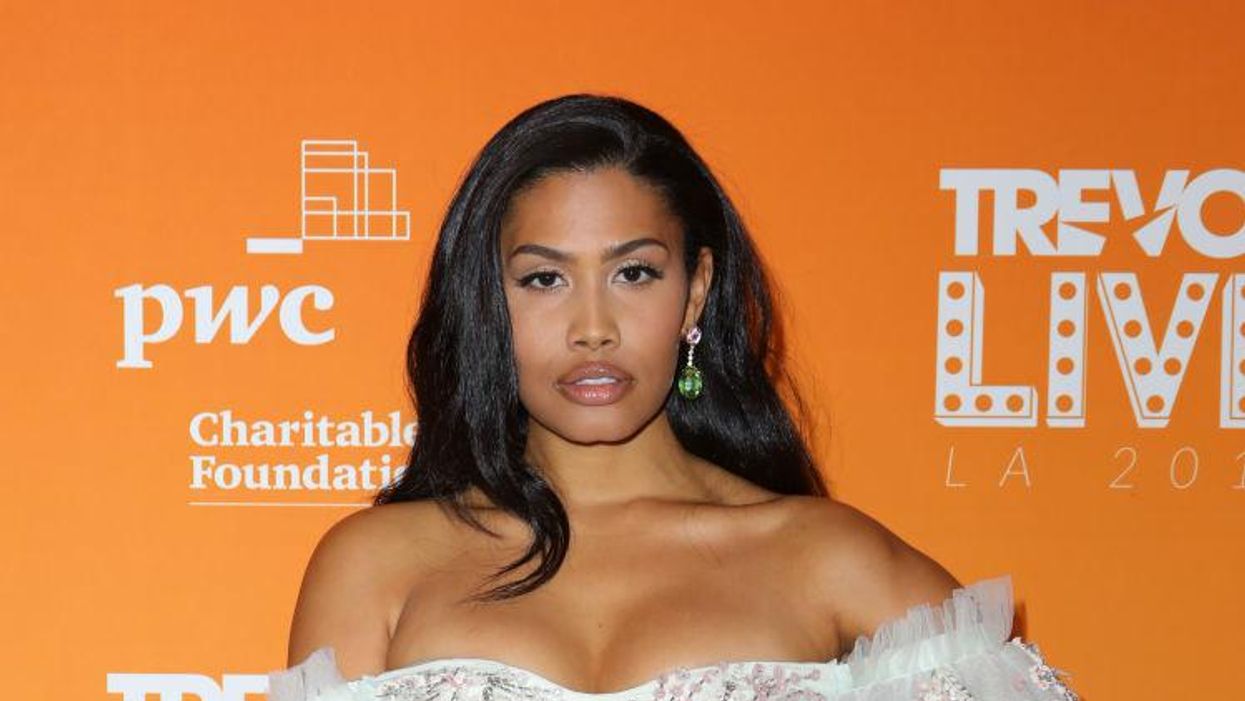 For the first time ever, a transgender person has been chosen to grace the cover of Sports Illustrated’s famed swimsuit issue.

Leyna Bloom — a transgender model and actress who was born a biological male but underwent a gender transition later in life — was featured on the annual magazine’s cover, which was released Monday.

Bloom, who is well-known in the fashion industry, announced the news on Instagram to their 400,000 followers, writing, “This moment heals a lot of pain in the world. We deserve this moment; we have waited millions of years to show up as survivors and be seen as full humans filled with wonder.”

“I have dreamt a million beautiful dreams, but for girls like me, most dreams are just fanciful hopes in a world that often erases and omits our history and even existence,” Bloom continued. “This moment is so powerful because it allows me to live forever even after my physical form is gone. Not a lot of people get to live in the future, so at this moment, I’m proudly choosing to live forever.”

Speaking about Bloom’s appearance on the cover of the issue, Sports Illustrated swimsuit edition editor MJ Day said, “Leyna is legendary in the world of activism, strikingly gorgeous, and has an undeniable sense of self that shines through the minute she walks on set.

“Her story represents one grounded in resilience, and we couldn’t be more thrilled to help her tell it. Her presence as the first trans woman of color to be in our issue is a result of her lifetime dedication to forging her own path,” Day added.

In a video published by BuzzFeed LGBTQ in 2017, Bloom recalled experiencing a desire to be a woman from a young age as they “gravitated towards more feminine objects.” Bloom’s father reportedly encouraged the gender transition.

At the age of 17, Bloom moved to New York City to pursue fashion and modeling. Despite facing some initial rejection, Bloom eventually jumpstarted a promising career. According to Page Six, Bloom has appeared in Vogue India, campaigns for H&M and Levi’s, and starred in a runway gig for Tommy Hilfiger.

Bloom told Page Six that being featured on SI’s swimsuit issue cover is just the beginning.

“We just honestly have to keep moving,” the model said. “This is not my first time making history, and this is probably not going to be my last. I want to just go out in the world and not limit myself. The world is changing and people need to see the fact that, wow, this is the beginning of it. This is what it looks like, and it’s so beautiful.”

From Hollywood liberal to proud Trump-supporter, Comedian Nicole Arbour on why she left the Left