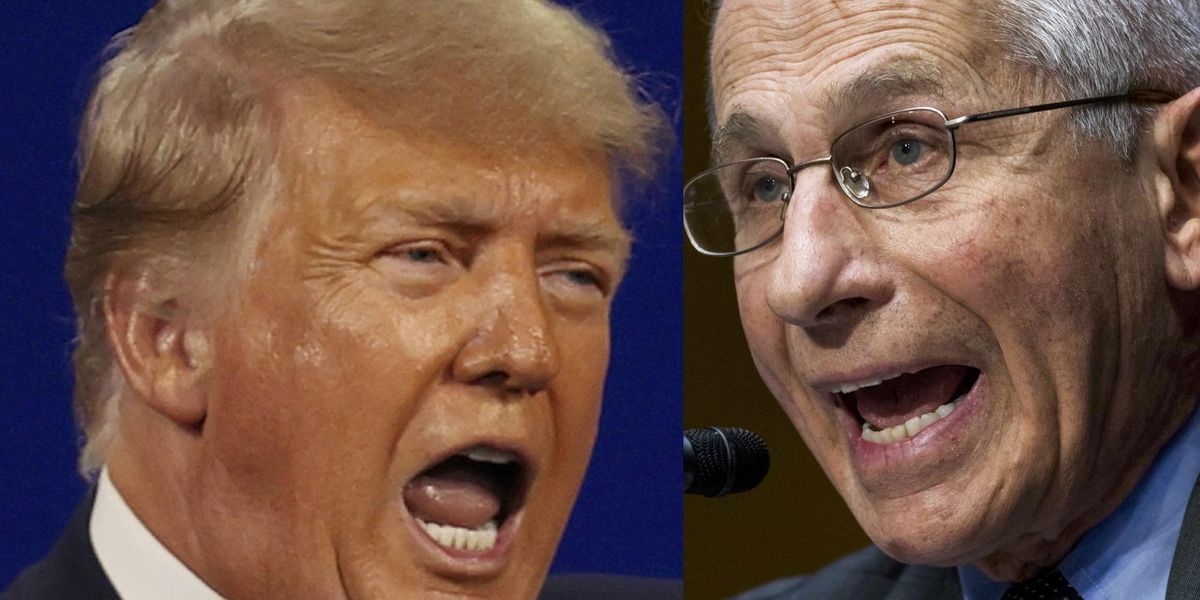 Former President Donald Trump issued a statement citing the release of a trove of emails from Dr. Anthony Fauci and calling on China to pay $10 trillion to the U.S. over the coronavirus pandemic.

“Now everyone, even the so-called ‘enemy,’ are beginning to say that President Trump was right about the China Virus coming from the Wuhan Lab,” Trump said in the statement released on Thursday.

“The correspondence between Dr. Fauci and China speaks too loudly for anyone to ignore. China should pay Ten Trillion Dollars to America, and the World, for the death and destruction they have caused!” he added.

Trump was referring to more and more experts admitting that there was evidence pointing to the possibility that the coronavirus might have originated in a laboratory instead of coming from natural causes. The lab leak theory was ridiculed as a conspiracy theory by the mainstream media and many experts until evidence was uncovered and compiled by a group of online sleuths that forced them to admit the possibility.

In another statement, Trump criticized Fauci and claimed that he was against the travel ban that the former president ordered at the beginning of the pandemic. He went on to say that Fauci didn’t have enough faith in vaccines to combat the coronavirus.

“We ordered billions of dollars’ worth of vaccines before we knew it even worked. Had that not been done, our wonderful vaccines would not have been administered until October of this year,” he said.

“No one would’ve had the shot that now saved the world and millions of lives!” said Trump.

He also slammed the infectious diseases expert for changing his position on the utility of masks.

“Also, Dr. Fauci was totally against masks when I thought they would at least be helpful. He then changed his mind completely and became a radical masker!” he claimed.

In his first interview after the emails were released, Fauci said that he changed his opinion on the coronavirus as more information and data became available.

Here’s more about the Trump statements: