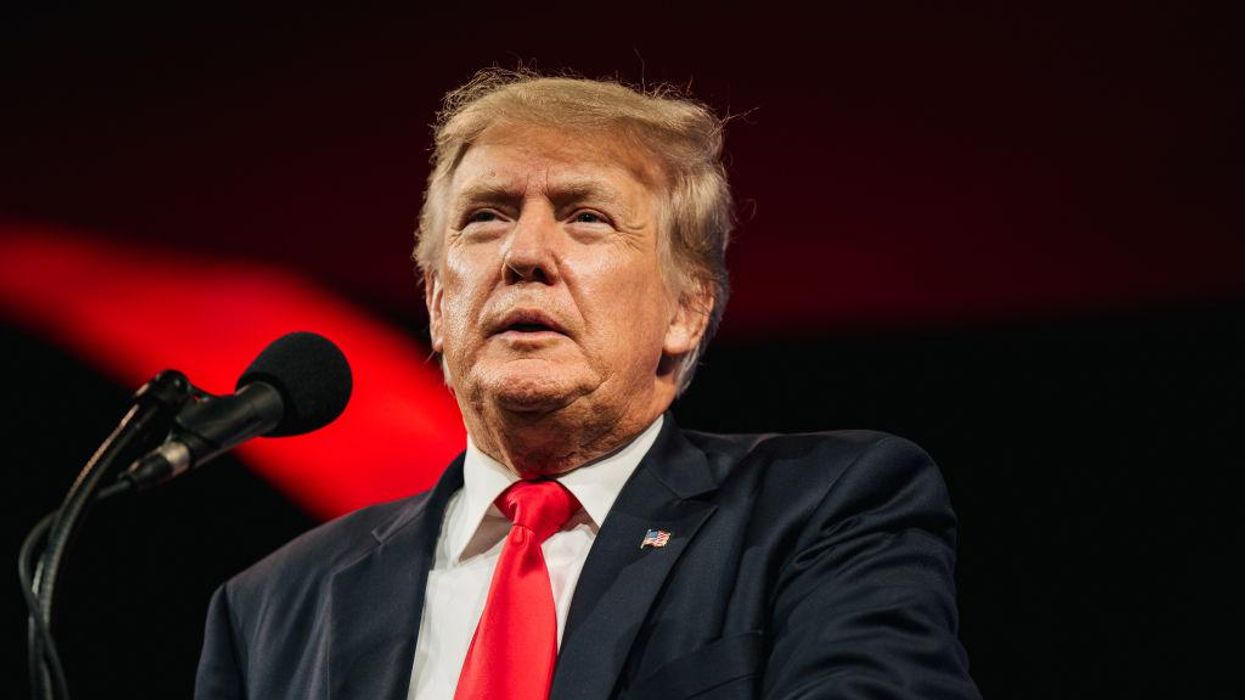 Trump told Washington Post reporters Carol Leonnig and Philip Rucker that McConnell has “no personality” and lacks a killer political instinct in an interview published by Vanity Fair, an excerpt from their forthcoming book, “I Alone Can Fix It: Donald J. Trump’s Catastrophic Final Year.”

He criticized McConnell for refusing to abolish the Senate filibuster — the 60-vote requirement to break minority obstruction and advance legislation toward a simple majority vote. He also faulted McConnell for failing to persuade Sen. Joe Manchin (D-W.Va.), a moderate Democrat, to switch parties.

“I tried to convince Mitch McConnell to get rid of the filibuster, to terminate it, so that we would get everything, and he was a knucklehead and he didn’t do it,” said Trump.

The former president also complained about former House Speaker Paul Ryan, calling him a “super-RINO” — Republican-in-name-only — and said he wished he had partners in Congress like Meade Esposito, a corrupt Democratic Party boss in Brooklyn from the 1960s through the 1980s.

Esposito ran a citywide patronage system that rewarded loyalists with jobs, gifts, and favors. Though he commanded respect, he had a reputation for intimidation and bullying and was connected to organized crime. In 1987 he was convicted on charges related to a bribery scandal.

“Nobody would ever talk back to Meade Esposito. Meade Esposito didn’t have a RINO like a Mitt Romney, you know, or as I said, Ben Sasse, who’s a lightweight,” said Trump, naming two Republican senators who are some of his most outspoken Republican critics in Congress.

“Mitch McConnell compared to Meade Esposito, it’s like a baby compared to a grown-up football player with brains on top of everything else,” he added.

Democrats currently control the United States Senate with a bare minimum 50-50 majority. Vice President Kamala Harris must cast her tie-breaking vote to allow the Democratic majority to pass partisan legislation or approve President Joe Biden’s nominees, and that only occurs when Republicans do not use the filibuster.

Since Biden became president, Republicans have used the threat of a filibuster to block the For the People Act, an overhaul of U.S. elections that would undo several Republican-backed election security reforms at the state level. GOP senators also blocked a bipartisan bill to create a 9/11-style commission to investigate the January 6, 2021, riot at the U.S. Capitol. Countless pieces of Biden’s agenda on taxes, LGBT issues, election reforms, the Green New Deal, and more are dead on arrival as long as Republicans are able to wield the filibuster as a weapon to strike down radical progressive bills.

Recognizing this, Democrats are now calling on the moderates in their party to support abolishing the filibuster, despite just a few years ago protesting Trump’s efforts to have McConnell end it.

In March, McConnell warned that eliminating the filibuster would result in a “scorched-earth Senate” where Republicans would use every tool at their disposal to make life miserable for Democratic senators and then pass whatever they wanted when they took back control of the Senate at some point in the future.